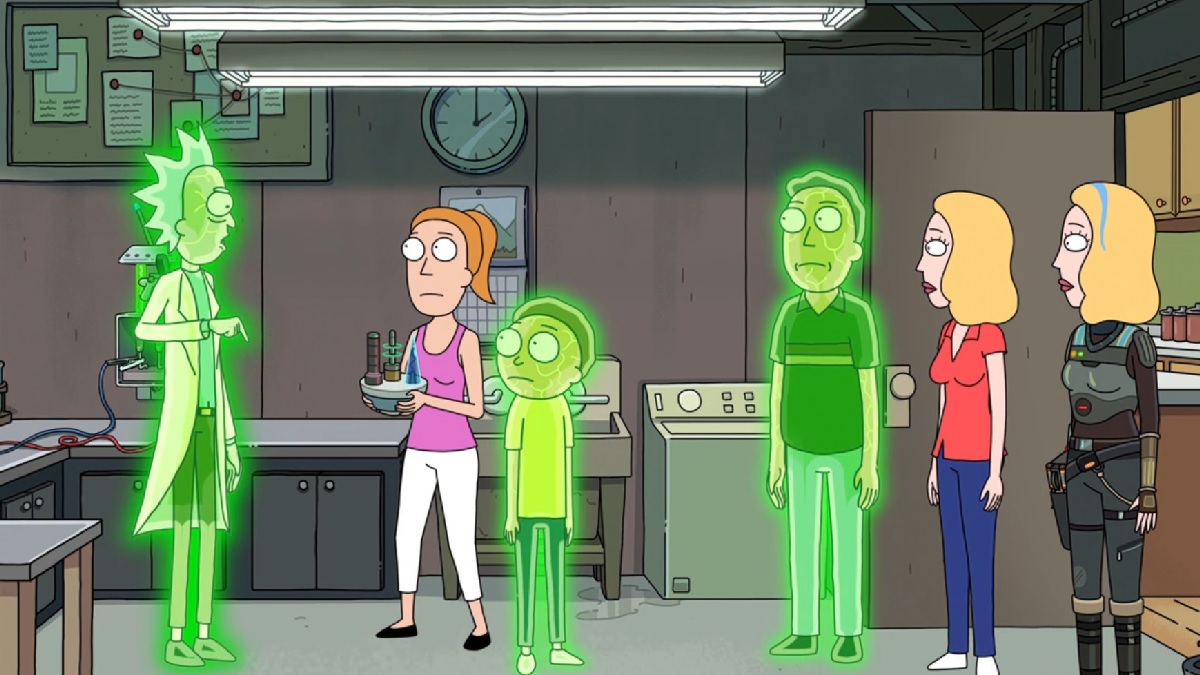 Season 6 of Rick and Morty kicked off with Rick Sanchez and his Morty on the verge of death, and Rick narrating their final moments and referencing Avengers: Endgame. They’re drifting off into space in the Citadel, only to be rescued by Space Beth—yet another reference to Avengers: Endgame where Tony Stark and Nebula are saved by Captain Marvel in the same manner. Rick and Morty return home, which Rick uses as an opportunity to start fixing his portal gun. For those who missed it may be wondering why Rick, Morty, and Jerry are glowing green in Season 6.

Why Rick, Morty, and Jerry are Glowing Green in Season 6

Rick, Morty, and Jerry are glowing green in Season 6 because they are not originally from the universe they’re currently living in. The scene was quick, which is understandable because Rick only gives a brief explanation, stating, “Instead of resetting portal travel, I may have reset portal travelers.”

Rick Sanchez—or Rick C-137—is obviously not from the same universe; he’s been hopping from universe to universe looking for Rick Prime. When Rick returned to Beth after 20 years, he returned to a family that wasn’t even his.

Morty Smith—or “Cronenberg Morty”—was originally from the Cronenberg dimension, as were the Jerry, Summer, and Beth featured in the first few episodes of Rick and Morty. It’s a post-apocalyptic wasteland full of Cronenberg creatures now.

As for Jerry glowing green, well, that solves a mystery from way back in Season 2, Episode 2. During a Rick and Morty adventure (100 years), they leave Jerry off at a daycare built for housing Jerrys. On their way to pick Jerry up, they bump into another Rick and Morty doing the same, only to get their Jerrys mixed up.

Now the mystery of why Rick, Morty, and Jerry are glowing green in season 6 is solved. For more on Rick and Morty, check out their introduction into MultiVersus; otherwise, they’re all loads of relevant links below.