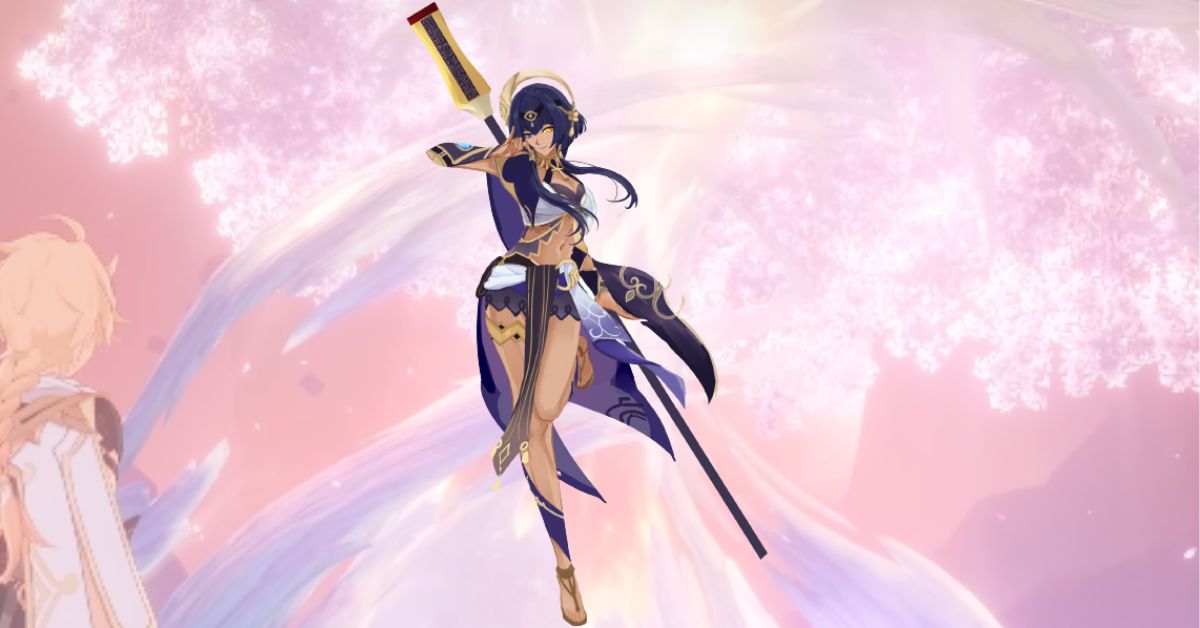 Genshin Impact 3.1 is right around the corner and HoYoverse has confirmed the arrival of three new characters. Candace is one of the upcoming 4-star playable Hydro characters who is a true descendant of King Deshret. Similar to the other Genshin Impact characters, Candace’s voice lines are portrayed by two different voice-over artists, and many fans are curious to know about them. In this guide, we’ll show you who are the voice actors of Candace in Genshin Impact.

In the most recent Genshin Impact trailer, the game devs revealed that Candace’s English and Japanese role is portrayed by Shara Kirby and Ryouka Yuzuki, respectively.

US-based experienced voice actor, Shara Kirby, is the voice actress for Candace in Genshin Impact. As of writing, she is working for Bang Zoom! Entertainment, FUNimation Entertainment, and Sound Cadence Studios, and famous for her smooth and dynamic voice-over skills. Shara debuted in the voice-over industry by taking on the role of Geetha, Aliya in Ejen Ali. Since then, the artist has portrayed several prominent roles in both video games and movies.

Born in 1974, Ryoka Yuzuki is a Japanese voice actress well-known for her voice lines in popular animation shows like Naruto, Barbie, High Guardian Spice, and many more. The artist debuted in the voice-over industry in 1995, where she portrayed the role of Naomi Armitage in Armitage III: Poly-Matrix.

Later on, Ryoka takes on the role of Satsuki Kiryūin in Kill la Kill, Ino Yamanaka in Naruto and Boruto: Naruto Next Generations, Temari in Shugo Chara!, and a lot more. She has recently voiced Hilda Boreas Greyrat in Mushoku Tensei and Metera in Granblue Fantasy Versus.

That’s everything you need to know about Genshin Impact Candace voice actors. Before leaving, don’t forget to check out some of our other Genshin Impact-related content here at Twinfinite, like Genshin Impact 3.1 Livestream Patch Notes & Preview and Genshin Impact Version 3.1 Revealed With Release Date; Brings 3 New Characters & More.