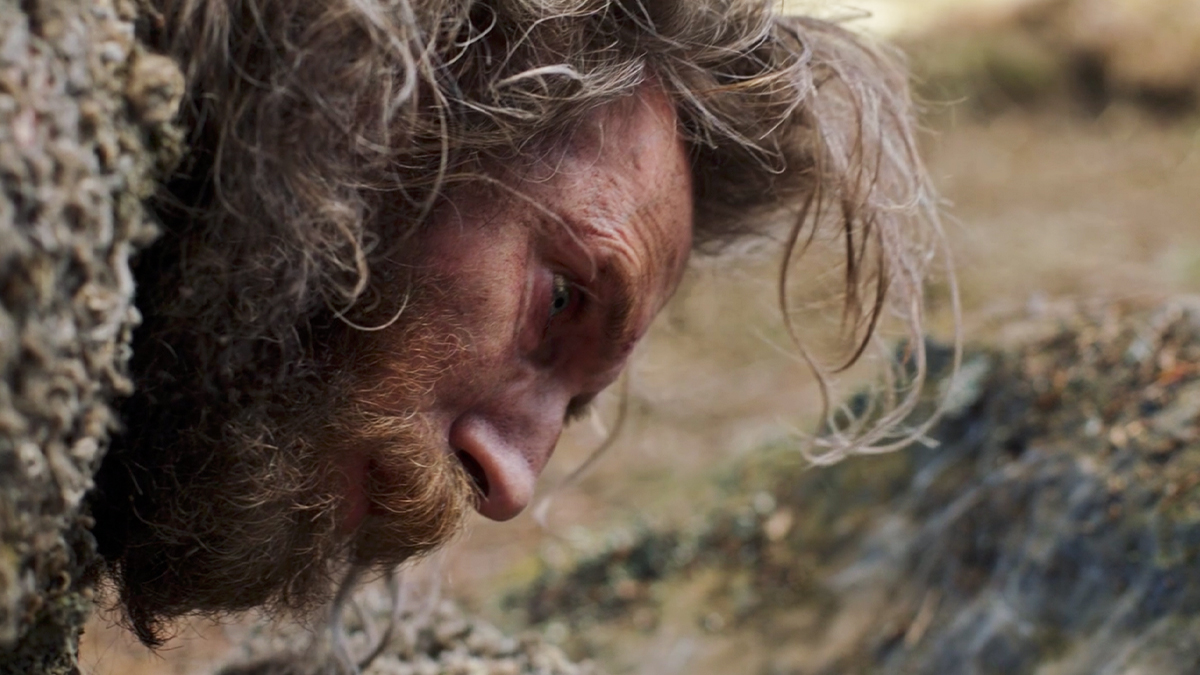 If you’re wondering who the stranger from the fireball is in The Rings of Power, here’s what you need to know.

In the first episode of The Lord of the Rings: The Rings of Power, the ending scenes show most of the main characters looking up and noticing a giant fireball cascading through the sky. The blazing effigy crashes down near a village of Harfoots and is promptly explored by one of the Harfoots, Elanor ‘Nori’ Brandyfoot. Upon arriving at the fireball site, she sees a giant decrepit-looking old man lying in the wake of the explosion, surrounded by a burning crater.

Theories of Who the Stranger Is in LOTR: Rings of Power

Anyone’s first guess should be Gandalf due to the somewhat recognizable resemblance. It was never clear to audiences of the LOTR movies what Gandalf’s backstory was, and this series would make a good starting point for his origin onscreen.

A wizard, or ishtar, Gandalf the Grey was originally named Olórin and belonged to the Maiar. In Tolkien’s world, the Maiar are spirits who helped the other appointed spirits, the Valar. Valar are the powers of Arda, whose duty was to shape the world named Arda. Beyond these details, there are four distinct clues that can prove the Stranger is Gandalf.

The first clue connects with Gandalf in the movie The Hobbit: An Unexpected Journey. Early in the movie, there’s a scene where Bilbo reminisces on the past and remembers his first encounter with Gandalf. After Bilbo shuts himself inside him home, Gandalf carves a marking on Bilbo’s door. Similar to the Stranger, both characters show favor to carving and etching.

In the movie LOTR: The Fellowship of the Ring, Gandalf was held prisoner by Saruman in Isengard on top of the Orthanc. Gandalf reached out and caught what appeared to be a large moth. He then spoke to the moth and sent it flying away. This perfectly echoes the scene where the Stranger spoke to the fireflies.

In the second movie LOTR: The Two Towers, Gandalf confronts a balrog in an epic battle. Gandalf shouts and describe himself as the servant of the Secret Fire, wielder of the flame of Anor. This third clue links the Stranger with the giant fireball from the sky and his affinity with flames.

The last clue is also seen in the LOTR trilogy of movies. When Gandalf yells at Frodo concerning the one ring, the exact effects of winds and shadows occur, similar to when the Stranger yells at Nori.

Another possibility could involve Sauron, who also started as a Maiar on Arda. However, in the lore, he would return in the second age under the guise of Annatar, the Lord of Gifts, and claim to be an emissary from the Valar spirits. However, in this incarnation, the Stranger seems too dissimilar to be portrayed as Sauron.

Finally, the Stranger might be a brand new character created specifically for the show. Adding new characters are common practice with book-to-screen adaptations. Ultimately, audiences will know soon enough as the series progresses with each episode. That’s all you need to know about who the stranger from the fireball is in The Rings of Power.