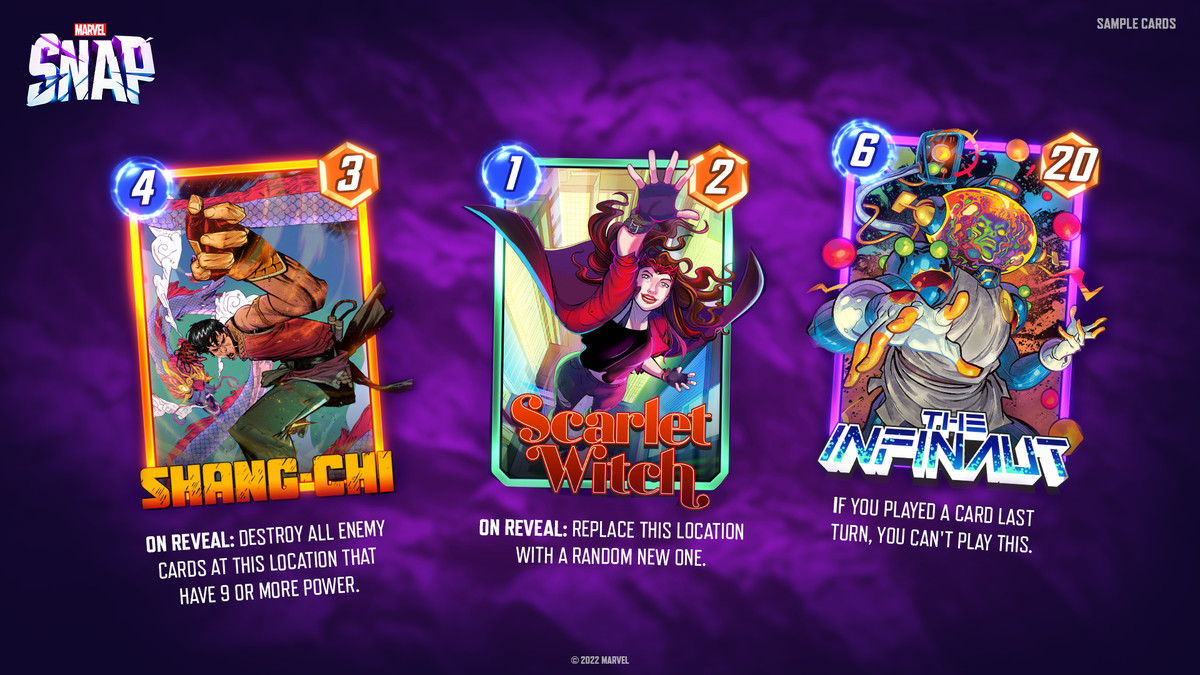 As we inch ever closer to the global launch of Marvel Snap, developer Second Dinner has dropped some new information about what we can expect from the game going forward. The developers have just released a roadmap over on the official Discord server, teasing various things that are currently in development, as well as other features that are currently in the pipeline.

You can take a look at the roadmap down below:

At launch, we’ll be getting the PC client, an inbox system where players can receive rewards, as well as a rarity system for variants. That last bit is certainly the most interesting tidbit, as so far, variants haven’t really had any rarity tiers. You could buy them from the in-game shop with Gold each day, and then upgrade them like you would with any other card.

With variants getting rarity tiers, we may very well see increased Gold prices for some of these, though this is just speculation for now.

Another thing to note is that under the In Development section, Second Dinner has listed widescreen UI for the PC client. This likely means that when we get the early access PC client on the 18th, we’ll still have to make do with a vertical view similar to what we have on the mobile app.

Finally, Second Dinner also teased various exciting features that are currently still in their conceptual stages including Mythic variants, guilds, collectible emotes, and new competitive modes. The emotes and variants will likely play a huge part in Marvel Snap’s monetization strategy, though it remains to be seen just how these will work.

As for new card acquisitions, it looks like we’ll still be getting one new card per season for now, at least until we see what the proper replacement for Nexus Events is.

Marvel Snap is set to launch globally on Oct. 18.