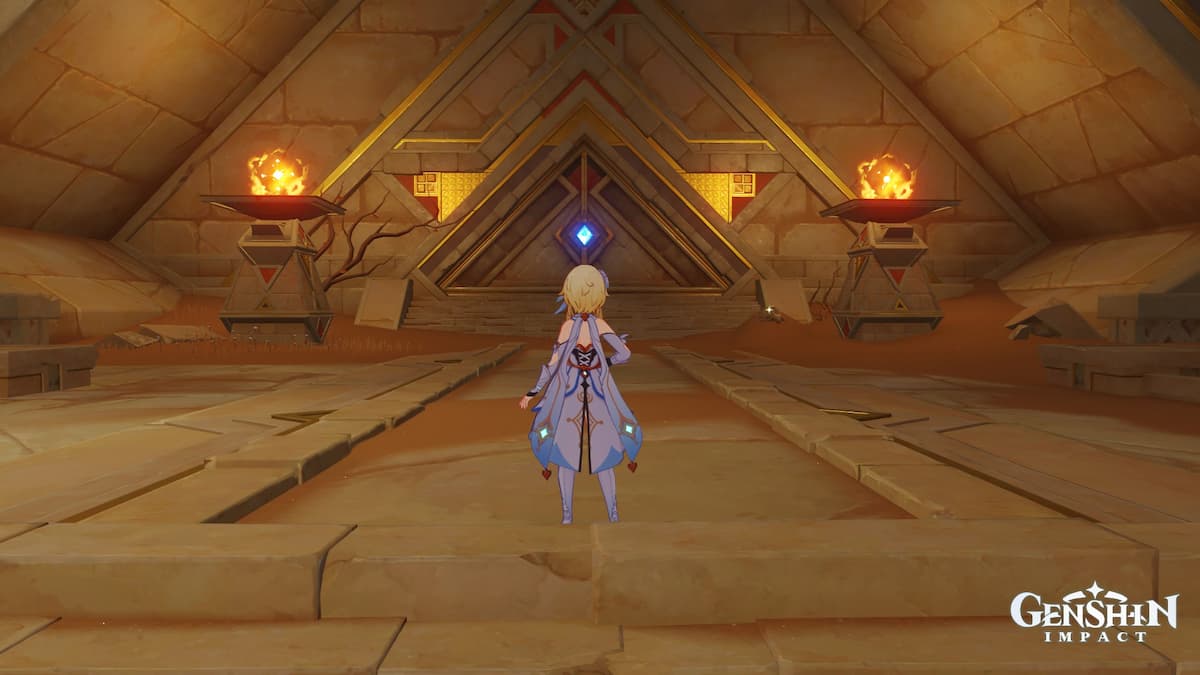 The Golden Slumber quest of Genshin Impact Version 3.1 features several storylines with complex puzzles and hidden areas. So, to help with this mission, we’ll show you how to complete the Lost in the Sands narrative, which is the first part of this World Quest. Additionally, we’ll provide details about how to access certain locations and what you can do to eliminate new enemies of the game.

Lost in the Sands Quest in Genshin Impact

When exploring the desert region of Genshin Impact, you can embark on an adventure with a few characters in the Golden Slumber quest. Here’s a step-by-step guide that will help you along your journey in the Lost in the Sands storyline:

That does it for our guide on how to complete the Lost in the Sands quest in Genshin Impact. If you want more content about the game, you can explore the relevant links below and view our guides about the Dreams, Emptiness, Deception quest and how to get the Deepwood Memories Artifact Set.