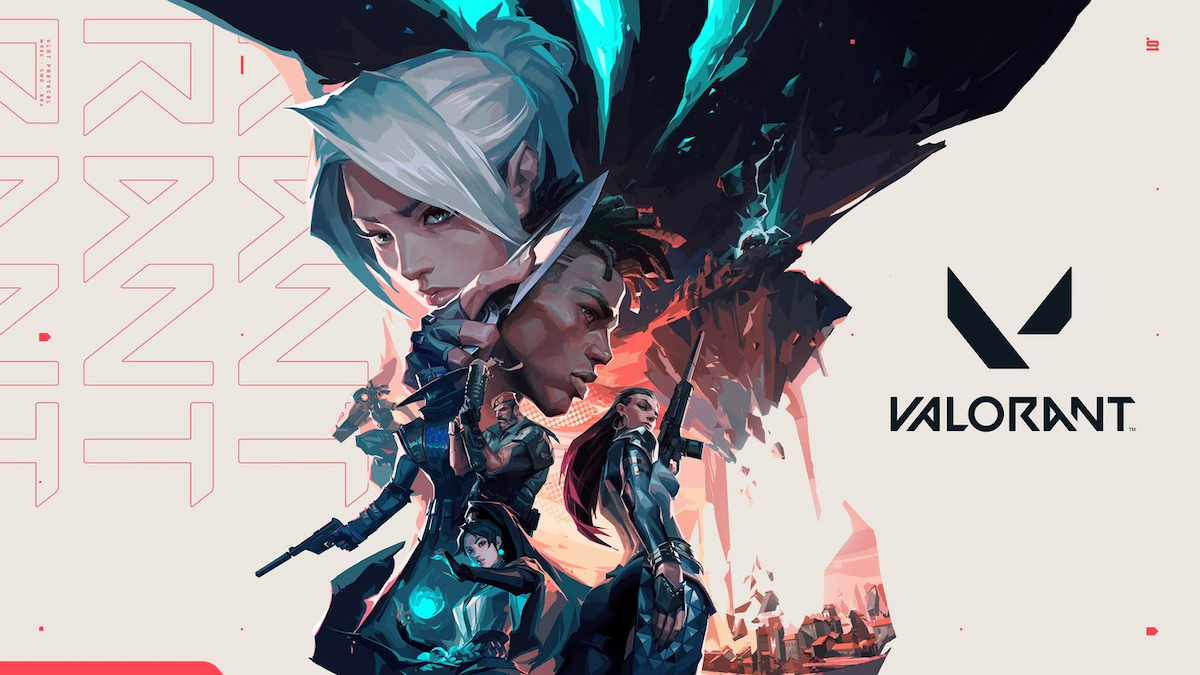 Valorant has taken the games industry by storm since its launch back in 2020. In two short years, it has fast become the next big thing for those who cherish a competitive multiplayer experience, beloved for its unique combination of tactical shooting and hero abilities. Still, we can’t always be playing the same game over and over, can we? And so if you’re looking for something similar to try, here’s a list of 8 games like Valorant.

The least surprising entry on our list of games like Valorant is Counter-Strike: GO, the godfather of the tac-shooter genre and the game which very obviously served as a blueprint for Valorant’s design. The chances are that if you’re a fan of Valorant, you will have played CS:GO already or at least know of its similarity to the game, but for those to whom that does not apply, let us remind you that CS:GO is without question the most similar game to Valorant which exists today.

Certainly, if you’re a solid Valorant player, there is no doubt you’ll be able to transfer your skills to CS:GO, which features very similar shooting mechanics and a near-identical overall design. The difference is, of course, there are no hero-like abilities, with only conventional, military-inspired utility to make use of, such as flashbangs, smokes, HE grenades, and Molotovs. The use of utility is no less important in CS:GO, but there’s definitely a stronger focus on gunplay. Generally speaking, shooting in CS:GO requires a little more precision than in Valorant and is a bit harder to master.

CS:GO might be over a decade old at this point, but it’s still among the most popular games in the world. That, in turn, means the skill level is high and the community generally pretty hardcore, but again, if you’ve been playing Valorant you’re well equipped to get involved.

If it’s the tactical and competitive aspects of Valorant you’re looking for, Rainbow Six: Siege is worth considering as an alternative. While the gunplay is much more run-and-gun / ADS-heavy, the movement is slower and more measured than in arcadey shooters like Call of Duty which brings it closer to a Valorant-like experience.

Also, Siege features there’s the same emphasis on utility usage as in Valorant; in fact, the game has become much more utility-focused in recent years. You’ll need to learn a variety of different Operator types (Siege’s equivalent to Agents) to be successful and how to apply them to different game modes. Speaking of which, there are several different gameplay modes, but bomb plant/defuse is the most popular and is very similar to Valorant in its overall concept.

Siege’s most unique feature that sets it apart from the likes of Valorant and CS:GO is the close-quarters nature of its gameplay. As the name suggests, Siege is all about attacking teams infiltrating well-defended positions held by their opposition, and there’s a whole destructible element to its map design that makes each nook and cranny a fortifiable location. Playing Siege means learning its maps and how to exploit them to create peeking opportunities.

Siege and Valorant aren’t as similar as CS:GO, but it’s still the second-closest thing you’ll get to a Valorant-like experience overall. There’s even a recent co-op spin-off that recently launched if you’re interested in a PvE version of Siege.

Squad is another excellent alternative to Valorant if you’re after the same emphasis on strategic, tactical gameplay, which requires teamwork and communication in high order. Of course, it differs in that it’s an objective-based military simulation with a distinctively realistic aesthetic, but there’s much about the core experience that will feel familiar to anybody who plays Valorant to a high standard.

In fact, we’d argue that playing Squad would actually help with some of the values that make a decent Valorant player, including communication and callouts. You simply can’t play Squad as a solo shooter, so if teamwork is what you’re after, look no further.

Again, the actual gunplay and movement are quite different from Valorant, as you’d expect, but we’re confident many Valorant players would enjoy plenty of what Squad has to offer.

Let’s get one thing clear right off the bat — Overwatch doesn’t really play anything like Valorant. It’s a hero-shooter with a high TTK, no movement accuracy penalties, and constant respawns. It isn’t a tactical-shooting experience, as are almost all of the other entries on this list.

However, there are one or two elements of Overwatch that will be familiar to Valorant players; in particular, the hero abilities, or utility, available to each of the game’s characters, all of whom have vibrant personalities and their own distinct lore as is the case in Valorant. As it applies to actual gameplay, Valorant players will immediately be at home selecting different characters depending on their strengths and making use of their abilities as intended — DPS characters are similar to duelists, while Tanks and Healers are similar to controllers and flashers, etc.

Overwatch also demands teamwork and coordination as you work together to push objectives and beat back enemy advances. Gameplay phases are broken into long rounds that surge in waves, which feels like a mini war of attrition that each player is doing their bit to win slowly. Small, individual mistakes aren’t punished nearly as much as in Valorant, but if you don’t have your team dynamic in order, then you’ll quickly be found out.

It’s definitely worth considering Overwatch as an alternative to Valorant, if for nothing else than to understand where some of its inspirations came from. There’s a sequel on the way later this year that should see the franchise back in the spotlight.

Truth be told, Apex Legends would not have featured on this list before the arrival of its Arena Mode. Despite the fact that it features hero play that involves utility and ultimate abilities, as seen in Valorant, battle royale games are too far removed from the round-based blueprint. The 3v3 Arena Mode, though, is a different story, offering an intense, competitive FPS experience that involves strategic decision-making and teamwork as in Valorant.

Arena Mode games are best of three rounds, with teams required to lead by a margin of two to win the match. Each player selects a Legend prior to the match starting, then each round, they’re presented with a buy menu somewhat similar to a Valorant game. The buy round gives you a certain number of credits to spend on your preferred weapon and utility to set up, and then you’ll be thrown into the action with the sole objective of eliminating the enemy team.

Of course, Apex Legends’ gunplay is very different from Valorant — it’s a run-and-gun shooter with no movement accuracy penalties, which means there’s no emphasis on crosshair placement or recoil control as in Valorant. Instead, you’ll need to sharpen up your tracking skills. Neon mains will be in heaven!

Ok, we know what you’re thinking: how could an arena shooter possibly be anything like Valorant? It’s a fair question, and honestly, Splitgate really doesn’t have a whole lot of similarities to the game at all other than the fact they’re both first-person shooters. In fact, just as we mentioned in our blurb about Apex Legends, we wouldn’t have included Splitgate but for the existence of a single game mode — in this case, Team SWAT.

So few shooters feature low time-to-kill (TTK) these days, catering to more casual audiences by designing games around more leeway for taking damage and making mistakes. Team SWAT, though, puts an emphasis on precision shooting; a single headshot is an instant kill with any weapon, which brings it much closer to tactical shooters like Valorant.

Yes, you’re still flying around arenas and suffering zero loss of accuracy for shooting when moving, and you really don’t need any sort of communication or teamwork whatsoever to win, but you do need sharp aim. If you’re simply looking to tap heads, try Splitgate’s Team SWAT mode.

And here’s another entry that is likely to feel a little out of place, but hear us out! First of all ,let’s acknowledge that Call of Duty games are absolutely nothing like Valorant; just as in the case of run-and-gun shooters like Apex Legends and Splitgate, the movement and gunplay are so arcadey that it’s going to be jarring for those used to tactical shooters like Valorant and CS:GO. The game modes, too, aren’t similar, nor is there any heavy utility/ability usage as part of the experience.

That said, Call of Duty does feature a search-and-destroy mode, which is the equivalent of a Valorant/CS:GO 5v5 plant/defuse gameplay loop. It’s been a game mode in a number of CoD titles, but we’re choosing to recommend Modern Warfare 2 as it’s among the slower-paced games of the series. There’s much less emphasis on crazy slides and fast movement speed and far more on precise(ish) shooting and (sort of) strategic gameplay.

If you’re after a more arcadey Valorant shooting experience set within a similar gameplay mode then this might for you as an alternative.

The only third-person entry on this list, Rogue Company generally doesn’t feel like Valorant in its moment-to-moment gameplay, but there are a few aspects of its overall design that Valorant players will appreciate.

It’s a 4v4 round-based experience in which teams work together to complete objectives and/or eliminate the enemy team. Each ‘Rogue’ has a different utility that is useful for specific roles, similar to Valorant’s Agents. There are a number of different game modes, but if you like Valorant you’ll be most interested in Demolition, which is similar to the bomb plant / search-and-destroy blueprint.

Again, given that it’s third-person and features a ‘downed’ mechanic that allows you to revive fallen teammates, it’s hardly the same precise, tactical experience of Valorant. Still, the teamwork its objective, round-based design necessitates, and the level of utility involved in combat will surely appeal to Valorant players looking for an alternative.