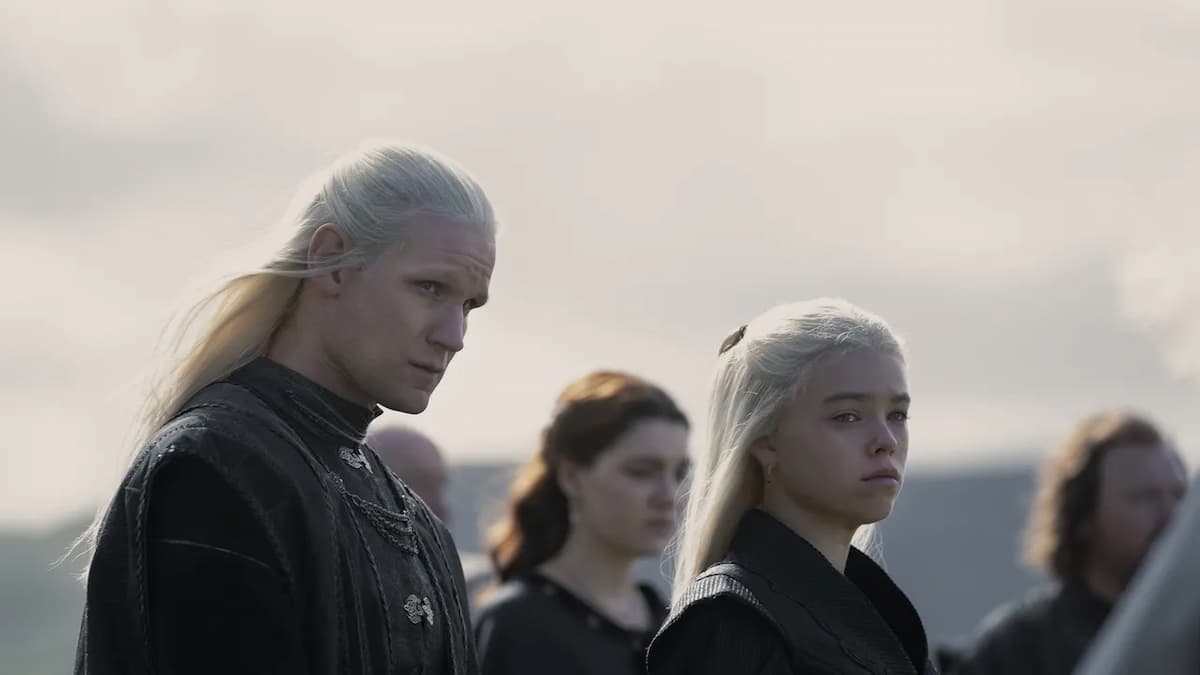 The fourth episode of HBO’s House of the Dragon brought with it significant character development for both Rhaenyra and Daemon, as well as the possibility of marriage for both of them. So if you’re wondering if Rhaenyra actually wants to marry Daemon in House of the Dragon, here’s what you need to know.

Does Rhaenyra Want to Marry Daemon in House of the Dragon?

At this point, no, Rhaenyra does not have any interest in marrying Daemon. While she did start to express interest and enjoyment when Daemon brought her to the pleasure house, this was moreso because he was showing her that while marriage is a duty, sex is meant to be enjoyable for both parties. Rhaenyra was essentially experiencing her sexual awakening in this episode, and her wanting to kiss Daemon wasn’t necessarily an indicator of romantic interest or her desire to marry him.

On the flipside, it looks like Daemon does actually want to marry her, as we find out towards the end of the episode. Daemon tells Viserys to give him Rhaenyra’s hand in marriage, and together, they’ll be able to bring House Targaryen back to glory.

For folks who haven’t read Fire and Blood and wish to avoid spoilers from the book, we recommend closing this page now, as we’ll be spoiling future events in the story.

While it won’t happen for another few years, yes, Rhaenyra does eventually marry Daemon in House of the Dragon. She first gets married to Laenor Velaryon out of duty, but years later, she marries Daemon in secret.

Their marriage is conducted in secret so that Viserys doesn’t find out, but basically, the two decide to marry in an effort to reclaim the Iron Throne.

That’s all you need to know about whether Rhaenyra wants to marry Daemon in House of the Dragon. Be sure to search for Twinfinite for more news and information on the show, including the identity of the White Worm, and the reasoning behind Daemon’s haircut.