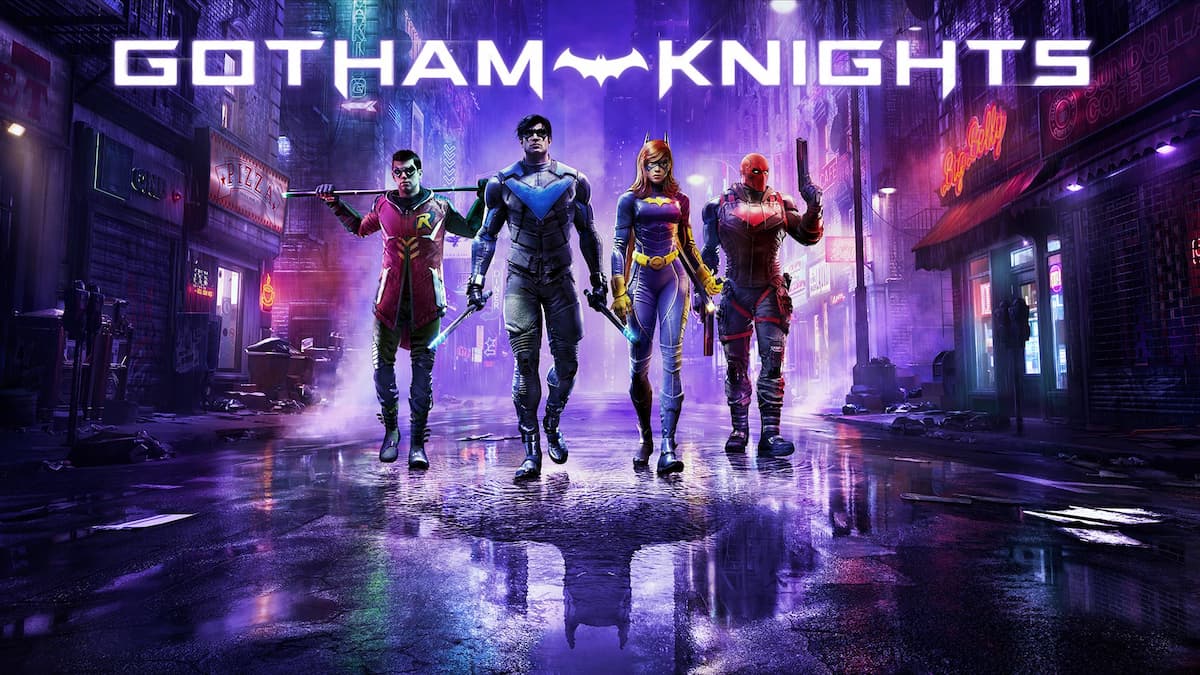 Gotham Knights is nearing its anticipated launch, and it won’t be long until players are finally able to don their favorite hero’s outfit and play out their superhero fantasy. Of course, voice acting adds so much to the authenticity of that experience; if the voice actor can’t pull it off or doesn’t fit, it stands out like a sore thumb. So, if you’re wondering who’s who, here’s a list of all voice actors in Gotham Knights.

Voicing the role of Dick Grayson and his alter ego Nightwing will be Christopher Sean. If his face looks familiar, you’ll most likely recognize him from Netflix’s hit series YOU portraying the role of Brandon. Christopher has an ever-growing list of live-action roles, in addition to voice work, such as Arokkeh in Horizon: Forbidden West, Kazuda Xiono in Star Wars Resistance, and, more recently, Asu in Star Wars Visions.

Upholding the mantle of Batgirl and Barbara Gordon is America Young. America has an impressive history of voice work that spans over two decades, as far back as 1999 as Betty Cooper in Archie’s Weird Mysteries. Over the years she’s lent her voice to numerous children’s TV shows and movies featuring characters from Monster High and Barbie, such as Toralei Stripe and Barbie herself, respectively.

For those of you who are big fans of Marvel’s Spider-Man, Stephen Oyoung not only lent his voice to Mr. Negative, but was also used as the model for said character. What’s most unique about Stephen Oyoung’s career is how diverse his roles have been, from live-action television shows and films to stunt performer and fight choreographer, training well-known actors such as Adam Driver, Denzel Washington, and Keanu Reeves.

Sloane Siegel has been developing a career in acting for over a decade, starring in The Tonight Show with Jay Leno when he was just 10 years old. The majority of his work has been live-action TV series and movies, the most recent being The Blank’s YPF, Portal Runner, and Dwight in Shining Armor. Outside of voicing Tim Drake/Nightwing, Sloane Siegel has one other voice acting credit as Eddie in Eddie of the Realms Eternal.

Filling the role of “the Bat” and Bruce Wayne will be Michael Antonakos, adding a deep, gruff voice that definitely fits with Batman’s persona. Michael Antonakos has a very respectable career in acting, both live-action and through the use of his voice. He portrayed Greg in the TV series The Crossing, but more recently voiced Dr. Yanny Dabalos in Far Cry 6 and Alexious in Assassin’s Creed: Odyssey.

Gildart Jackson will breathe life into the character Alfred Pennysworth, the Wayne family’s trustworthy valet (with a background in SiS). Gildart Jackson has appeared in numerous TV series, such as NCIA: LA as Gerard Dupong, but has also done voice work before, the most notable being FlysEyes in Netflix’s Castlevania series and Chris Pickman and Major in Hellsing and Hellsing Ultimate, respectively.

Elias Toufexis is no stranger to voice acting, especially in gaming where half of his credits are linked to video games and the other half an assortment of live-action projects and voice work in TV series. Elias Toufexis’ voice work includes the most recently announced Hellraid as Alistair the Knight, in addition to Prometheus in Immortals Fenyx Rising and Seraphim in the Netflix animated series Blood of Zeus.

Now that you’re familiar with all voice actors in Gotham Knights, go check out the new trailer that places Red Hood front and center. Afterwards, read up on all playable heroes in Gotham Knights. If you’re more of a Dick Grayson fan, Gotham Knights recently released a bittersweet cinematic.