Each Genshin Impact update has provided players with a new cast of characters with their own stories and unique abilities. So, now that the latest version has been released, fans have wondered what Version 3.2 Character Banners will be featured in the next storyline. Fortunately, rumors and leaks have potentially given us some insight into this upcoming launch.

Based on the information that was revealed on Genshin Impact’s official Twitter, it is likely that there will be two character banners: Nahida and Layla. If you’ve recently played the Archon quests in the latest Version 3.1, you may recognize Nahida from several storylines. However, Layla is a new character that hasn’t appeared in missions.

Since Nahida is the Dendro Archon of Genshin Impact, it’s no surprise that she has mastered this particular element. Currently, there are no official details about the character’s abilities in Version 3.2, but there are a few leaks that possibly show her upcoming stats.

According to one of the recent rumors, Nahida will use “karmic bonds of wood and tree” to deal AoE DMG and mark opponents with the Seed of Skandha. After the enemies are linked, you can initiate the Tri-Karma Purification to increase your Dendro DMG.

The character will have a Burst of Illusory Heart that will create the Shrine of Maya, a power that will increase DMG attacks depending on the elemental users within your party. For example, if you have a Pyro catalyst, the Shrine of Maya will enhance the Tri-Karma Purification DMG.

Besides Nahida’s attack techniques, she will have three Passive Talents:

The Compassion Illuminated ability will increase the Elemental Mastery of an active party member by 20 percent, while the On All Things Meditated skill can be utilized with harvestable items. Lastly, the Awakening Elucidated quirk can boost the strength of the Tri-Karma Purification with a maximum of 80 percent DMG.

You can find out more knowledge about the character from the rumored information here:

Layla is a Rtawahist student specializing in Theoretical Astrology with the elemental power of Cryo. Although there aren’t many details about this Genshin Impact character, the Reddit user SilverDude_ has showcased leaked images of Layla’s stats.

In these photos, we learn about her Normal, Charged, and Plunging Attacks that feature a rapid sword strike. Moreover, the character can use the Curtain of Slumber as a shield that can absorb Cryo DMG with 250 percent effectiveness.

When the Curtain of Slumber is on, it can create one Night Star at a time, with four being the maximum amount. As a result, these four stars will transform into the Shooting Star, a powerful weapon that can deal Cryo DMG.

As for Layla’s Passive Talents, she will have the Like Nascent Light ability that can initiate a Deep Sleep effect while the Curtain of Slumber is activated. She also has the Sweet Slumber Undisturbed skill that can enhance the DMG dealt by the Nights of Formal Focus. Additionally, players can increase their chances of getting double the product when crafting Character Talent Materials with the Talent for Daily Life quirk.

Other than Layla and Nahida, Yae and Childe could be getting a rerun Character Banner for Version 3.2, as shown in this post here:

That’s everything you need to know about all the Genshin Impact Version 3.2 Character Banners that have been revealed so far. Before you go, you can see more content by viewing our guide about how to get Cyno and exploring any of the relevant links below. 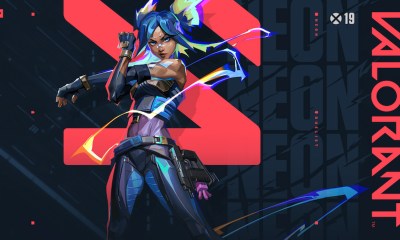 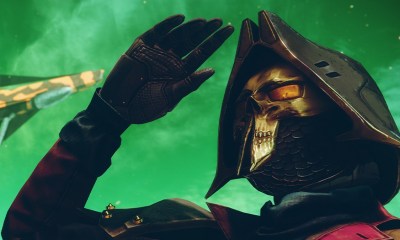