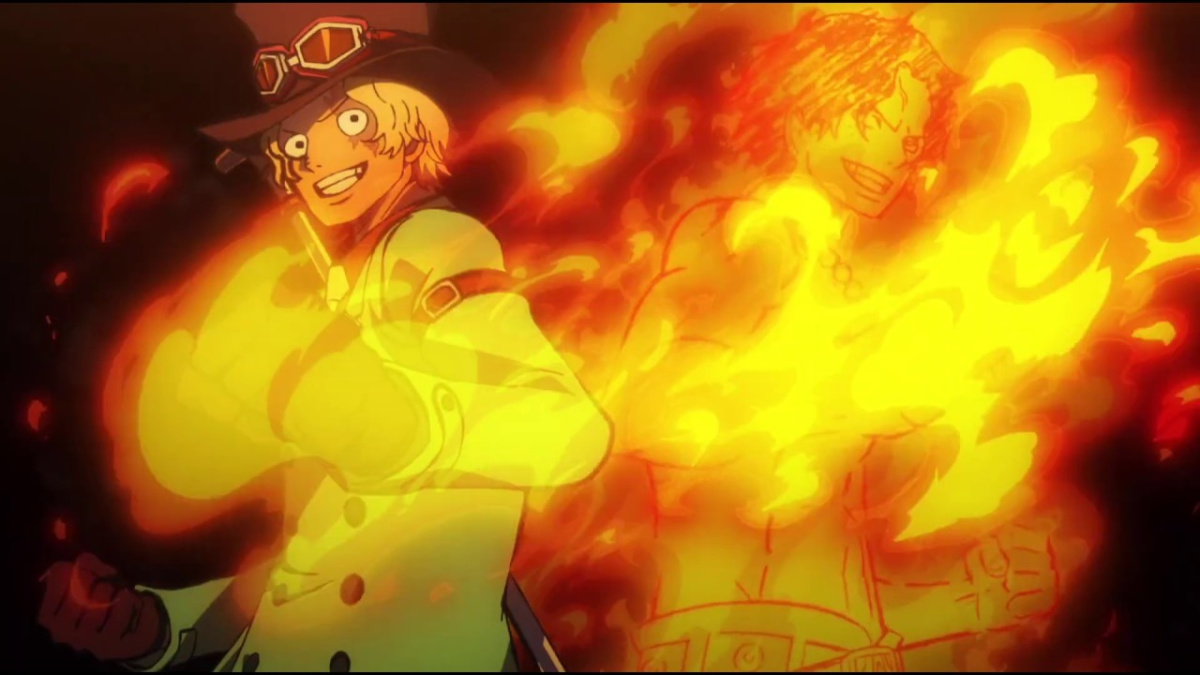 Chapter 1,056 of One Piece is a monumental turning point for the series, and not just because it rings in the end of the Wano arc. Several major revelations about the future of the series are made, not least of which being the teasing of a pivotal character named The Man Marked by Flames. As such, you’re probably like many other fans and are dying to know: Who is the Man Marked by Flames in One Piece? Fortunately, we’re here to break down the clues to his identity and work out who he is.

Who the Man Marked by Flames Is in One Piece

As it stands, there are two scenarios that could play out with the reveal of the Man Marked by Flames’ identity in One Piece.

The first is that it’s an existing character who has gained a new moniker while the Strawhats were stuck on Wano. If this is the case, three characters immediately spring to mind as potential culprits.

Sabo, the current holder of the Flame-Flame fruit and the new face of the Revolutionary Army, is the first. His recent exploits and attack on the Reverie, as well as his supposed murder of Nefeltari Cobra, have gained him widespread acclaim and infamy throughout the world. This may have led to his legend spreading under a different name than his other moniker, Flame Emperor, and it would track that he’s marked by flames considering his Flame-Flame abilities.

The second potential suspect is Aokiji, the former admiral of the Navy and holder of the Ice-Ice Fruit. Following his battle with the Admiral Akainu for the position of Fleet Admiral, he was left with serious burn wounds from Akainu’s lave-based attacks. This could be the reason for him being given the nickname “Man Marked by Flame.” Likewise, his actions since leaving the Navy have yet to be explored properly outside of One Piece Film Z, so he may have done something to earn the new name as well.

Finally, there’s the Mad Monk Urouge. While he hasn’t made an appearance in the manga or anime in a long time, he could be the one referred to as the Man Marked by Flame due to the flame tattoos on his upper arms. Why he’d make a reappearance now though, and how he’d play into the final stretch of One Piece’s story, is unknown.

The second scenario, meanwhile, would be one where the Man Marked by Flame is an entirely new character. If this is the case, we won’t know who they are or how they earned their nickname until Oda releases a chapter that reveals this information.

Regardless, we’ll be keeping up with the manga and will update this article appropriately once more information is discovered.

Hopefully this gave you some clues and insights into who the Man Marked by Flames is in One Piece. For more on the show, check out any of the related articles down below. For more on anime in general, we’ve got a variety of lists and features covering topics ranging from who the most OP anime characters are to the lists of the best anime senpais and senseis.