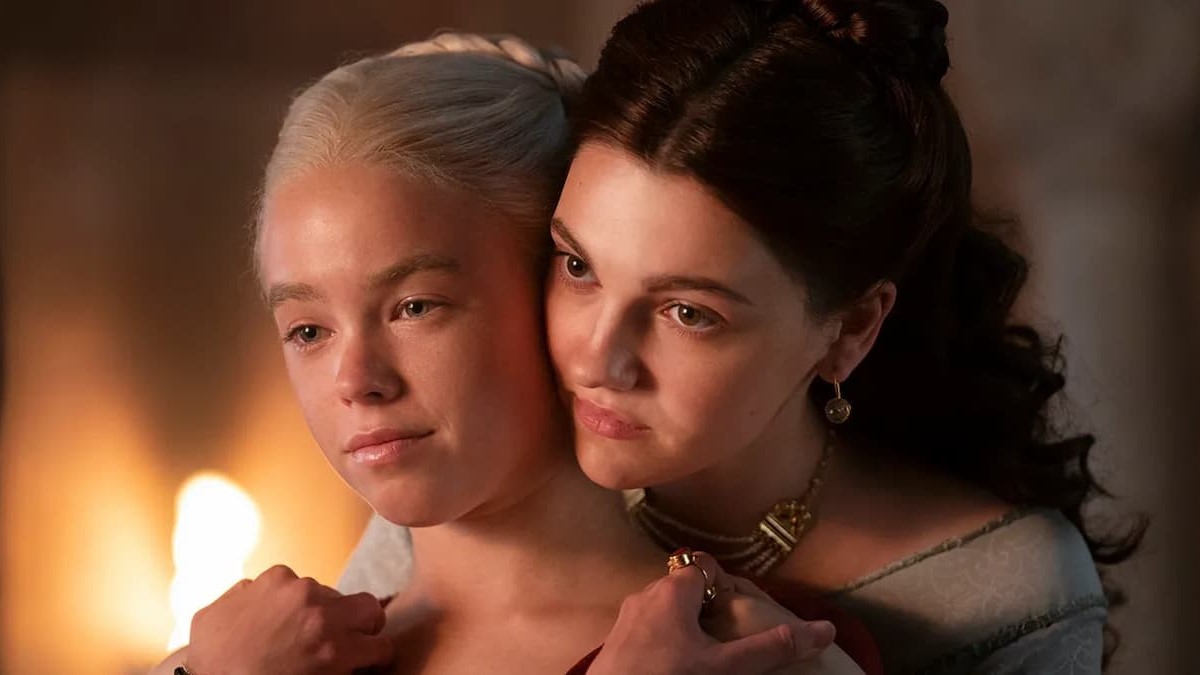 A new theory about Rhaenyra Targaryen’s sexuality has developed after a few scenes have shown her with another girl in House of the Dragon. So, in order to decipher this hypothesis, we’ll take a deeper look into the first episode and the overall lore of the famous series to find out if Rhaenyra is gay.

Is Rhaenyra Targaryen Gay in House of the Dragon? Answered

Because there are some differences between House of the Dragon and George R.R. Martin’s Fire & Blood (the book that the series is based on), Rhaenyra Targaryen’s sexuality is currently ambiguous within the show. This rumor began when fans noticed the character’s closeness to Alicent Hightower, resulting in this latest theory that could potentially be true.

However, the lore and storylines of Fire & Blood showcase her relationships with men and a heated rivalry with Hightower, similar to what we’ve seen in the official trailer. Furthermore, several scenes feature Rhaenyra gazing fondly at Ser Criston Cole, but this information could still mean that she is bisexual rather than a lesbian.

Fans will have to see how her story plays out in House of the Dragon’s time-skip since the first episode only depicts her as a naive child, differing from her older self that seems to have a quest for power.

Like many Targaryens, Rhaenyra’s mission to take over the Iron Throne blinds her and ultimately causes her to become a villain of the franchise, like her distant relative Daenerys in Game of Thrones. Although we have not seen this side of her in this recent episode of House of the Dragon, you can undoubtedly recognize hints of her greedy persona in the sneak peek video at the end of The Heirs of the Dragon and the show’s trailers.

Those familiar with the series’s timeline know that Rheanyra is the main reason why the notorious civil war, Dance of the Dragons, starts, along with other events that prove her evil characteristics. Unfortunately, many characters have fallen into this same fate due to their greed to inherit the legendary Iron Throne.

Hopefully, this guide gives you a better understanding of the newest gay theory about Rhaenyra Targaryen, and we will have to wait and see what happens next for the character in future episodes. If you want more House of the Dragon content, you can check out the relevant links below and discover what is on Viserys Targaryen’s back in the show.