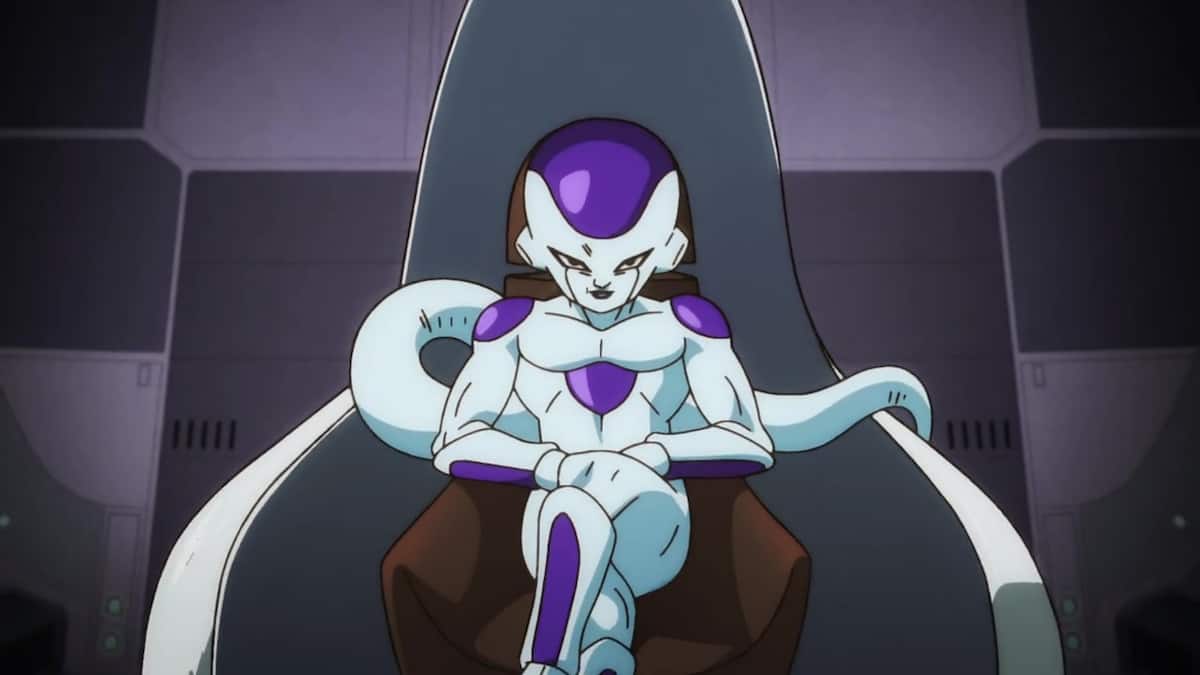 Frieza makes a cameo appearance in Dragon Ball Super: Super Hero, but if you’re hoping for anything substantial, expect to be disappointed.

Frieza first appears in DBS: Super Hero in his mechanized form when Magenta shows Dr.Hedo a video of his brutal execution at the hands of Future Trunks way back in the Cell Saga of Dragon Ball Z. This scene is a fun throwback that is used to convince Dr. Hedo that Capsule Corp. and the Z Warriors are a group of aliens who have lain claim to Earth.

Frieza next appears on his ship in a brief exposition scene. When Beerus questions why Goku brought Broly to his planet to train, Goku explains that it was the only place Frieza wouldn’t think to look. This is the only scene that ties directly into Dragon Ball Super: Broly and makes it clear that Goku and Vegeta are going to desperate lengths to keep Broly out of Frieza’s grasp. The conclusion of that film teased that Frieza could use Broly against Goku and Vegeta, but it remains to be seen if Toriyama provides a conclusion to that plotline.

While Dragon Ball Super: Super Hero was developed as a sequel to Broly, it’s always been advertised as an adventure that puts the spotlight on Gohan and Piccolo, and that’s what we get.

When Will We Next See Frieza?

The Dragon Ball Super manga has been ongoing for the last two years and the latest chapter saw Frieza make his grand return with a major power-up that surpasses Goku’s Ultra Instinct. With his role as the most powerful being in the universe restored, it’s likely that the next major saga of Dragon Ball Super will see an inevitable battle with Frieza in the pages of the manga and its eventual anime adaption.