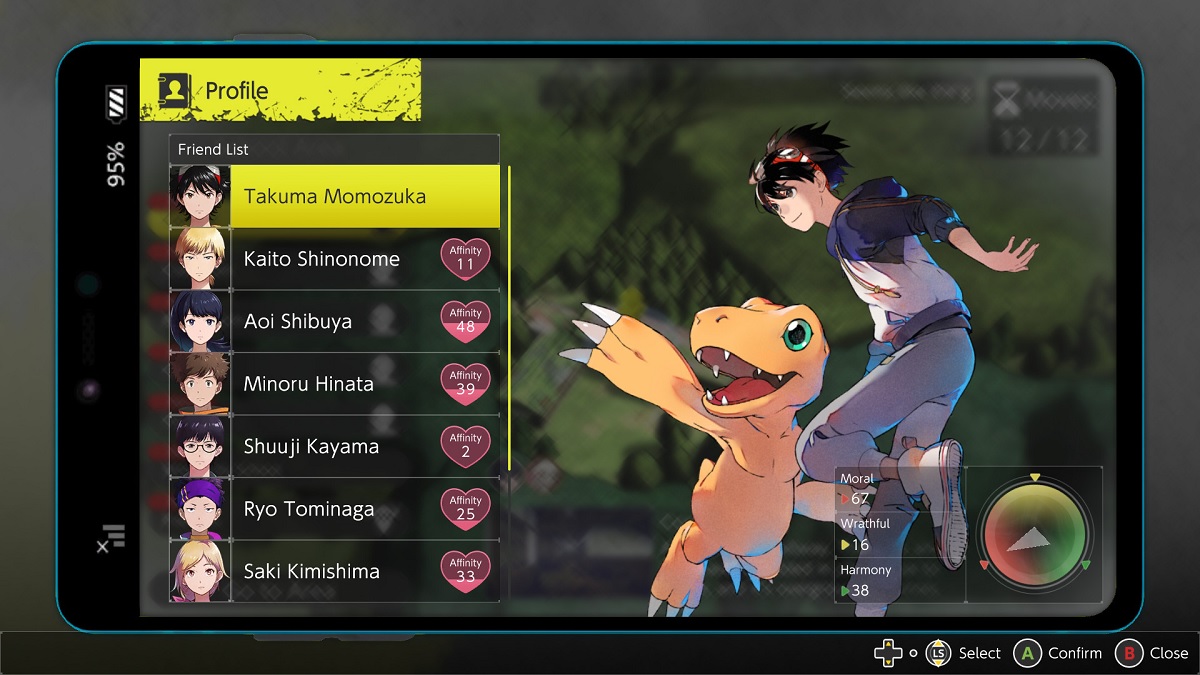 In Digimon Survive, you won’t be experiencing the world on your own. Multiple characters appear as a way of creating comradery between you and the other personalities. Throughout the story, you’ll be given plenty of opportunities to speak with the other members of your party via dialogue options, which are directly tied to Affinity. With this guide, you’ll learn what Affinity is and how to raise Affinity in Digimon Survive.

How to Raise Affinity in Digimon Survive

It isn’t uncommon for a situation to have multiple answers. However, the amount of Affinity you earn can vary between two options. One will always provide the highest amount, so it’s important to pick the best answer based on that party member’s personality.

Whenever you have downtime, such as Free Actions and Exploration Time, you should absolutely speak with the other party members. Keep in mind you only have a limited number of actions per chapter. If you aren’t against save scumming, you can always save before picking an option.

Other than the feeling of helping a friend out, raising a party member’s Affinity does have a big effect on gameplay in Digimon Survive, such as:

Affinity has the least amount of effect on the story as a whole. However, without going into spoilers, the amount of Affinity you have with particular party members does determine the outcome of their ending within the story.

As for combat, Affinity is very beneficial during combat in Digimon Survive. The higher a party member’s Affinity is, the greater the support they offer in combat. This comes in the form of healing, increased stats, and even movement bonuses.

The greatest benefit of having a high Affinity with a party member is Digivolving. Your own Partner Digimon Digivolving is based on Karma, whereas a party member’s Digimon cannot Digivolve until you’ve reached a certain threshold, excluding the Champion Evolution. For Ultra and Mega, it’s 35 and 70, respectively.

And that’s how you raise Affinity in Digimon Survive. You can always look back on previous dialogue choices, which is incredibly helpful if you aren’t save scumming. For those who just picked up Digimon Survive, be sure to redeem Guilmon before they’re unavailable.