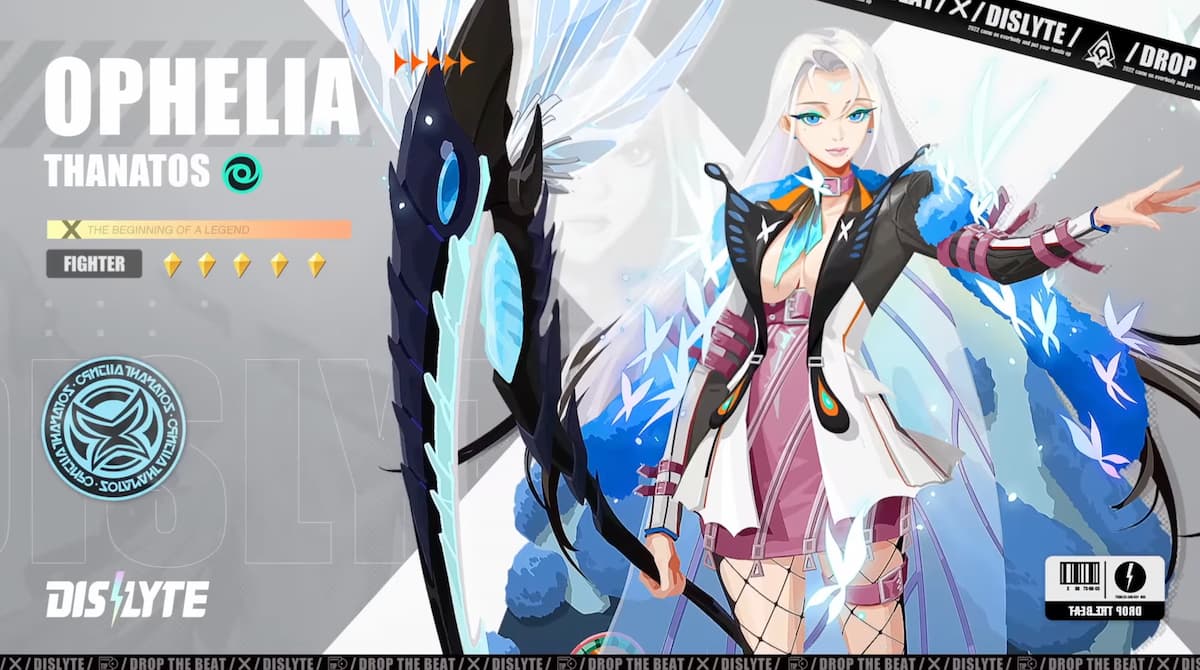 Wondering when Ophelia, AKA Thanatos, will be releasing in Dislyte? Here’s what you need to know.

As part of the upcoming Origami Love update, Dislyte will see the release of three new Espers, including the God of Death, Thanatos. Let’s get right into it.

Ophelia, or Thanatos, will be released in Dislyte on Aug. 2, Tuesday.

The devs have announced that the game will be undergoing maintenance on Aug. 2, from 7 a.m. to 10 a.m. UTC. During this time, players won’t be able to log in, but they will be compensated with 300 Nexus Crystals.

This falls in line with previous character releases. Zora, Ahmed, and Ollie were all announced a week before release, and dropped in the game on the following Tuesday. It stands to reason that Ophelia will follow the same schedule as her predecessors.

We’ll update this article with her exact release date and timing once it’s been officially announced, along with any downtime or maintenance periods planned for the update.

All Ophelia Abilities in Dislyte

We do know that Ophelia’s a Wind-attuned Esper, and has been classed as a Fighter. Here’s a preview of her kit:

Pursuit attacks are likely going to be the bread and butter of Ophelia’s kit. The key takeaway here is that if she manages to kill an enemy with a pursuit attack, remaining attacks can carry over to another enemy, which is huge.

What’s in the Origami Love Update?

Dislyte’s new Origami Love update will follow a similar release pattern to previous updates. With the inclusion of three new Espers, Ophelia will likely be the featured banner character, and the new event story will revolve around her.

There will be new event currencies to farm just like in the Lone Star and Bloody Hunt events, allowing you to purchase useful items like Legendary Abilimons and additional Gold Records.

Crucially, the Origami Love update will also introduce a new mode called Esper Feud. Details are scarce on this right now, but from what we saw in the trailer, it looks like Esper Feud will finally give players the ability to reroll the main stat on their Relics. If that’s the case, this will be a huge quality-of-life improvement to go along with the Desolate Lands game mode that released earlier this month.

That’s all you need to know about when Ophelia (Thanatos) is set to release in Dislyte. Be sure to search for Twinfinite for more news and information on the game.