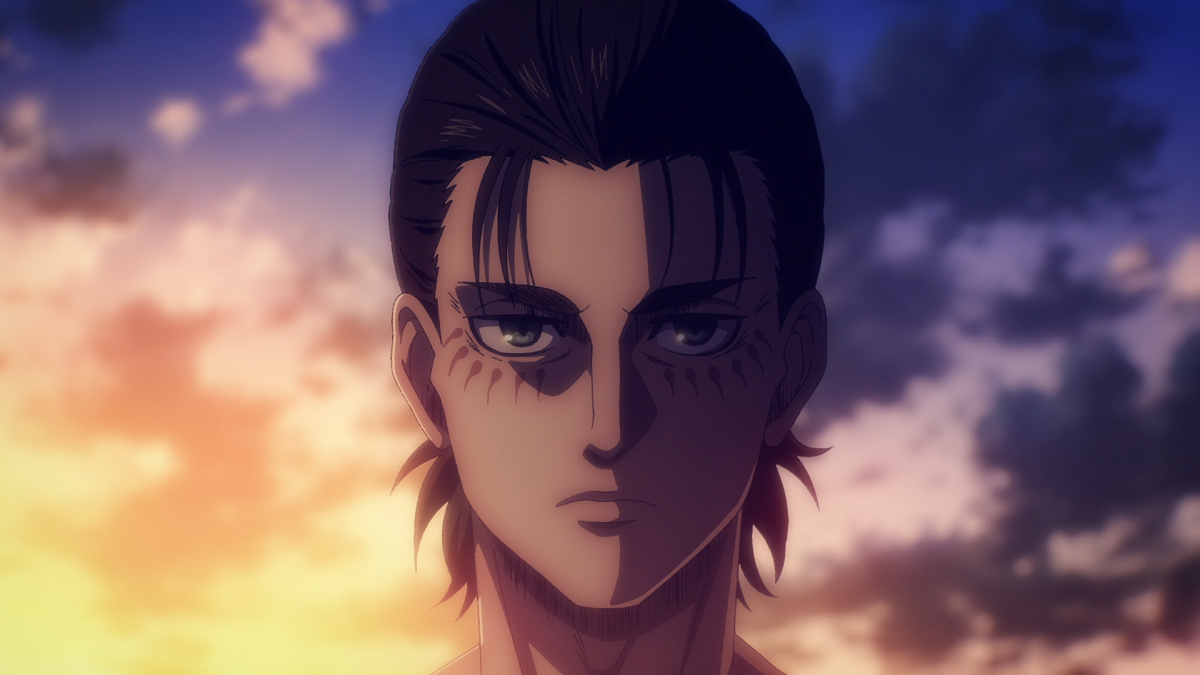 To say the ending of Attack on Titan embraces heady topics would be an understatement. Concepts that are only briefly touched on in past seasons take center stage by the finale, and you wouldn’t be blamed for feeling like there’s a lot left up to interpretation. We felt the same way, and that’s why we’ve constructed this guide covering the major points of the Attack on Titan ending, explained in ways that are clearer than the original source material presented them. *Warning: Major Spoilers Ahead*

How Attack on Titan Ends

To start, it’s worth giving a quick rundown of how Attack on Titan ends.

Following their agreement to work together to stop Eren’s worldwide rumbling plan, the remnants of the Survey Corps and the Marley Warriors stage a final assault. Though Eren puts up a nearly insurmountable defense – using both replicas of the past Titans via the powers of Ymir and transforming all the surviving Eldians into Titans – he is successfully reached by Mikasa and Levi. Mikasa then strikes the finishing blow, killing Eren and freeing every Eldian from the Titan’s curse.

Before this occurs though, Armin is incapacitated and his consciousness is brought into the separate reality formed by Ymir. Once there, he meets Eren’s consciousness, who explains the Attack Titan has the ability to see forward and backward in time via the past, present and future holders of the Titan’s powers, altering events at will. Through this ability, Eren saw a way for both the people of Paradis Island and the wider Eldian population to escape their prejudice, be freed from the Titan’s curse and enjoy lives of true normalcy and freedom.

However, this path came with a catch: The world needed a new object to project their hatred and resentment toward in place of the Eldians and the Titans. To this end, Eren positioned himself as the enemy of the world, triggered the Rumbling and set himself up to be killed by his friends as proof that Eldians would stand against the world’s true enemy. He also made it so that only Mikasa would be able to reach him and deliver the finishing blow.

After this realization, Armin and Eren come to an understanding and Armin thanks Eren for taking on the burden he did. Armin then regains consciousness, rejoining his allies. The last remnants of the world’s armed forces arrive shortly after, and Armin says he was to one who killed Eren in order to give Mikasa time to escape with Eren’s remains to give him a proper burial.

The story then skips ahead three years. The world is shown to still be at war due to nationalists within Paradis Island, but the surviving Survey Corps. members and warriors are working to establish a truce between them and the world. Most every other Eldian is now able to enjoy a normal life, and Mikasa is able to find some closure regarding Eren’s death.

How Eren Was Able to Alter the Past and Future

With all of this in mind, the first big conundrum that arises from the Attack on Titan Ending is how Eren could manipulate events in the past without being there himself.

The answer is that the Attack Titan’s ability to see through time doesn’t apply to a fixed timeline. Instead, it allows wielders to see multiple timelines, any of which they can try to make occur. The wielders can then alter the decisions made by past holders of the Attack Titan by feeding them memories of any given timeline, convincing them to act in a way that makes a timeline more likely to happen. Likewise, any wielder can do this, with their consciousness then becoming present in the timeline they made the true timeline.

This was hinted at when Zeke attempted to convince Eren to join him in his Eldian eradication plan. When it is shown how and why Eren’s father Grisha killed the Reiss family, Grisha reveals that Eren was sending him visions of his wife’s death. This drove Grisha mad, causing him to kill the Reiss family and set the timeline up for Eren to receive the Attack Titan.

Eren was able to do this because a timeline existed where he received the Attack Titan, and as such, he was able to go back and influence every wielder in a way that led to an optimal timeline for saving the Eldians.

He was also able to control and influence regular titans thanks to his making contact with those who carried the blood of the Royal Family and the Founding Titan. This allowed him to control when specific people would or would not be devoured, ensuring their deaths could be utilized toward his plan.

The second point of confusion in the Attack on Titan ending is why Mikasa specifically needed to kill Eren.

As Eren explains it, Ymir felt a sort of kinship with Mikasa. Like her, she was willing to endure anything and do whatever was asked of her so long as it was for the sake of the one she loved. Ymir lived a life guided by the same attitude, but was tormented by the fact that she couldn’t break free from her love for Karl Fritz even when he proved himself to be a tyrannical monster.

As such, she only agreed to help Eren trigger the rumbling in exchange for setting up the timeline where Mikasa would break free of her love and do what was best for the world. This is why Eren went forward with this plan, even though he shows remorse for hurting Mikasa and wishes he could stay with her while talking to Armin.

How Many People Know the Truth About Eren’s Plan?

The last major point that is unclear from the Attack on Titan Ending is exactly how many people know the truth behind what Eren did.

This point is a bit more nebulous and up for speculation. While Armin, Mikasa and the rest of the major characters are shown the truth in a vision provided by Eren, they don’t tell the rest of the world. Instead, they play along with Eren’s plan and make it look like Eldians defeated the greatest threat humanity ever faced.

However, this is hinted at being only a temporary plan by those who know the truth. Based on the wording used by Armin as he travels with his friends to try and broker a peace with Paradis, they may intend to share the truth of Eren’s plans. It isn’t confirmed whether they do this though, so it’s hard to 100 percent confirm its legitimacy.

Hopefully this helped clear up the more confusing elements of the Attack on Titan ending, explained some of the more heady concepts and provided you with some extra closure. For more on all things Attack on Titan, check out some of the related articles down below. For more on anime in general, feel free to take a look at our lists of the best anime villains, best anime fights and our take on what the best mecha anime is.