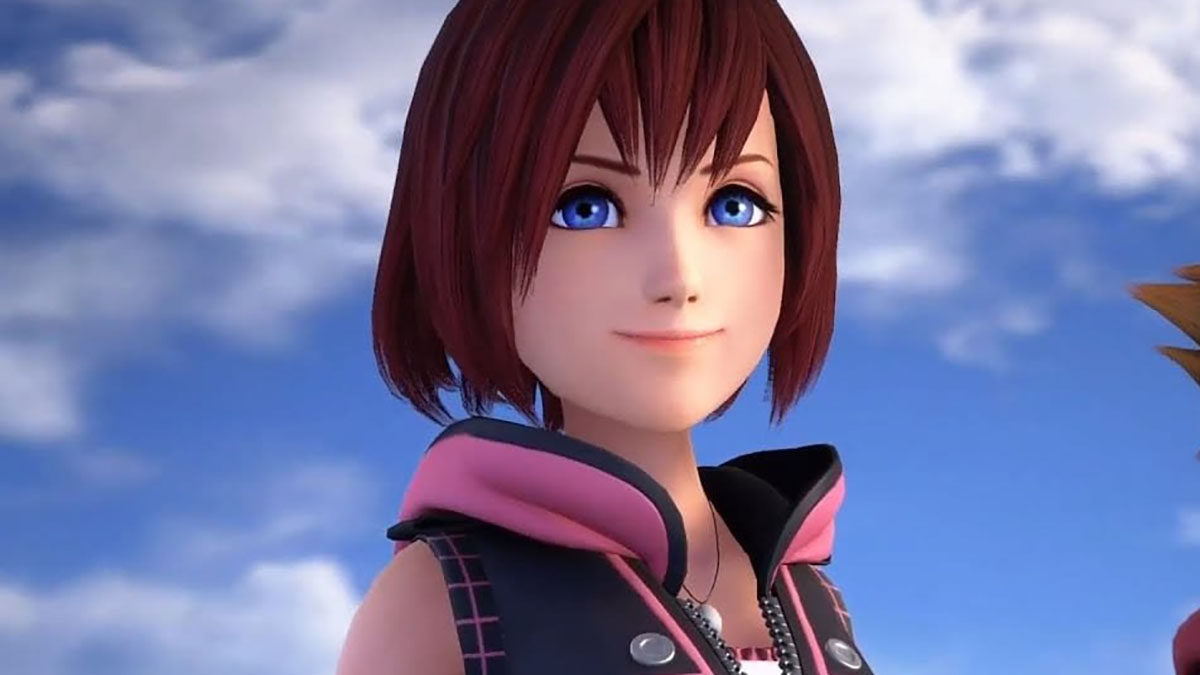 The Kingdom Hearts series offers a vast number of characters for you to meet, all of whom are compelling and bring something fun to the table. So, many people may ask, “Why does this character deserve a game dedicated to them when there are all these other characters that could get one?”

It’s a fair question, but one that I believe can be answered primarily due to how Kairi has been positioned to be in a spot that screams prime opportunity for an entire Kingdom Hearts entry dedicated to her journey.

As should be expected, there are significant spoilers for the series all the way up to the most recent release, Kingdom Hearts: Melody of Memory.

She’s Been in the Series Since the Beginning

Kairi is a member of the original trio, the Destiny Islands trio. She’s been at it since the very beginning. While the other two members are treated as much more critical to the series, with Sora as the main character and Riku as the lead secondary character, Kairi has been much more of a supporting character. Despite this, she is still supposed to be an emotional weight for players, primarily through the eyes of Sora. So, it would have been great to have already been given more reason to care about Kairi’s story throughout the series’ run. She should have already been a lead character, but better late than never.

As was made clear in Kingdom Hearts: Melody of Memory, Kairi has a much deeper history to explore. With it being revealed that Terra-Xehanort had been the one to send Kairi to Destiny Islands, though brief, these scenes with Terra-Xehanort show that both himself and Kairi have relations with the new world of Quadratum, which is set to be a major location in Kingdom Hearts 4.

Clearly, with this recent development, the series is looking to go even deeper into this history, and a full game would be the perfect step to do this. Not to mention, it could also explore her feelings and experiences in previous games, giving the player her viewpoint as opposed to Sora’s, and giving players a way to see and explore previous installments in updated graphics.

She Deserves Redemption for KH3

No matter how you feel about Kingdom Hearts 3, it pretty much goes without saying that Kairi was treated poorly by the game’s script. She’s barely around because she’s off training with Lea/Axel, which goes mostly unseen. Then she is given only a few critical moments, all of which are tied to Sora. The worst offense then comes when during the Keyblade War, she is kidnapped by Xemnas and later killed by Xehanort in order to motivate Sora into attacking him. In other words, Kairi gets fridged.

For someone who is supposed to be playing such an integral and important role in the plot, this doesn’t feel great. It’s clear that Square Enix is aware that people weren’t happy with her treatment, as they even added in scenes with Kingdom Hearts 3: Re Mind that make her kidnapping go down a tiny bit easier for Kairi fans. Then they make Kairi playable for the first time at the end of the DLC and have the story of Kingdom Hearts: Melody of Memory center around her. However, this is very brief and players only actually play as Kairi for all of 10 seconds, which is a start, but Kairi fans deserve better.

Having a Kairi game could rectify many of the hurt feelings players had with her treatment, especially if the game provides a fun and thrilling story and gameplay.

She Was Fun and Unique to Play as in KH3: Re Mind

For those of you who need gameplay reasons as to why Kairi deserves her own game, look no further than Kingdom Hearts 3: Re Mind’s final boss battle. With the final boss battle against Armored Xehanort, players get the option to choose between Sora and Kairi. Players who chose Kairi were treated to finally play as a character who has never been playable before, with a unique play style.

Kairi has been shown to have some standard attacks and magic. However, unlike other Keyblade wielders, Kairi can attack by also throwing her Keyblade and teleporting to where it is. She dodges with what feels like a mixture of ice skating and teleporting. Her shotlock has her barraging her enemy with light as she flies past the site of her attack. These skills are incredibly unique, so it’s unfortunate that we have only experienced them in a boss battle. A game focusing on Kairi could rectify this by showing not only how Kairi handles bosses but also how she handles the smaller enemies.

She also does have team attacks that she performs with Sora, which are amazing to behold, especially visually. However, we would want this game to stay away from this and give Kairi her own time to shine.

Overall though, Kairi would be able to provide a unique feel to her combat, something that would make her game feel different enough to warrant a game not only because of story reasons but also for gameplay reasons. It would be amazing to see how her fighting and maneuverability translates to a full-fledged game, not just a single boss battle in a DLC.

At the end of Kingdom Hearts: Melody of Memory, Kairi tells Master Yen Sid that she wants to train under Master Aqua. This seems like the perfect choice for Kairi as Aqua is the one who bequeathed the Keyblade to Kairi, even if it wasn’t necessarily on purpose. A Kairi-centered game could explore Kairi training under Aqua and becoming a Keyblade master under her tutelage.

The game could even have Aqua as a major supporting character or possibly even as a main character in order to give the game more depth and appeal to more people. Having both Kairi and Aqua team up, even if only briefly, would be extremely exciting and sure to get the fans talking. It’s also worth noting that this game could be unique from others by focusing on a master and apprentice relationship, something that has undoubtedly been in previous games but has never been an actual focal point thus far.

She’s Still a Princess of Heart

In the original Kingdom Hearts, Kairi was one of the seven Princesses of Heart. For those who need a refresher, the seven Princesses of Heart are the only seven beings who are born with pure light in their hearts. The group consisted of Snow White, Cinderella, Aurora, Belle, Jasmine, Alice, and Kairi in the original Kingdom Hearts. It is worth noting that princesses here doesn’t necessarily mean that they need to be princesses. It is just the title that was given to them.

In Kingdom Hearts 3, it was revealed that Kairi is the only one that is still a Princess of Heart, with the other princesses’ powers being transferred to new princesses, thus creating the New Princesses of Heart that were revealed in Kingdom Hearts 3. The members that have been confirmed so far are Kairi, Elsa and Anna from Arendelle, and Rapunzel from the Kingdom of Corona. With this, Kairi could finally interact with the other princesses.

This leaves three empty slots for new princesses to be discovered, which could be the focus of Kairi’s game. The game could feature worlds such as Moana, The Princess and the Frog, Encanto, and even a world based on Brave, given that Pixar is now in the mix with Kingdom Hearts. There could even be another trip to Arendelle, this time focusing on the events of Frozen II. It would be incredible to see Kairi travel to find other princesses while also discovering more of her past. It would give the Disney worlds a sense of purpose within the game to the main plot, fixing a criticism that is sometimes leveled at the series.

Kingdom Hearts is a series that is beloved by many, most of whom fell in love with the first entry. While the series has had a major focus on two members of the original trio, the Destiny trio, Kairi has been left as a bit of an outsider. This is not to say that Sora and Riku shouldn’t still be the huge characters they are, but more that it is time for Kairi to level up to be more akin to them and on their level, which a game starring her would provide the perfect opportunity to do so.