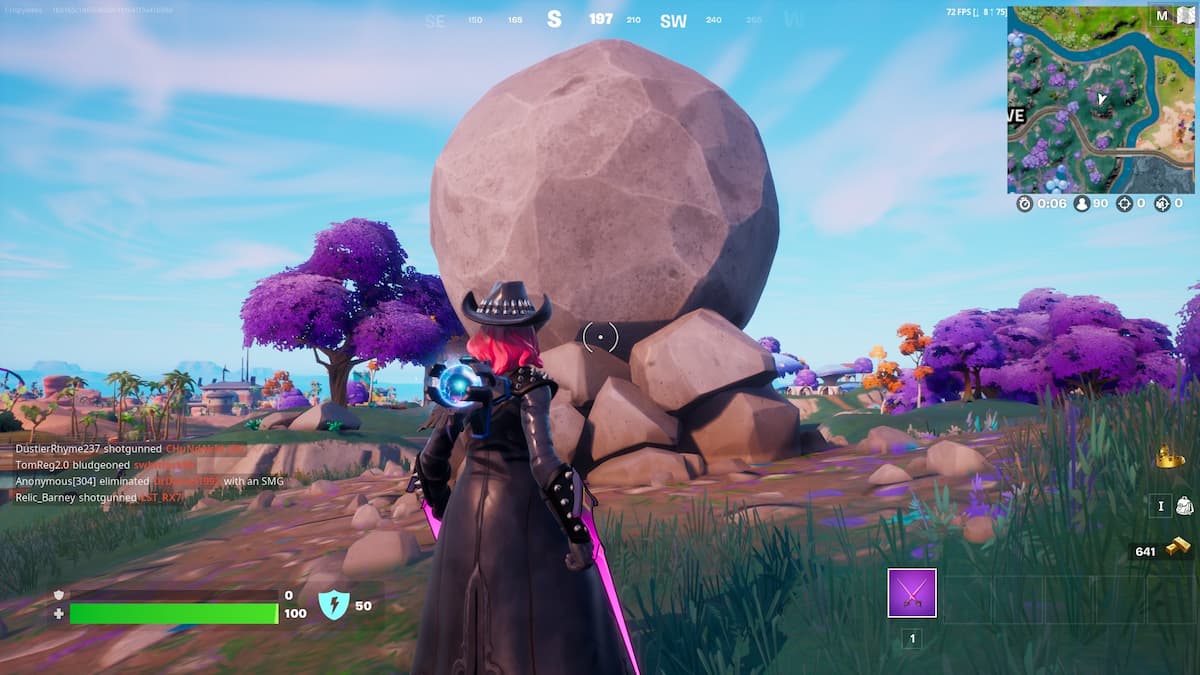 The Fortnite week 3 quests are now live in Chapter 3 Season 3 and one of them requires players to ‘Dislodge or destroy Runaway Boulders with a Melee Weapon.’ That may sound straightforward, save for one burning question on every player’s lips right now. What is a melee weapon in Fortnite? Well, here’s everything you need to know so you can complete this weekly quest and earn yourself an easy 15k XP.

What Is a Melee Weapon in Fortnite?

Melee weapons are anything that doesn’t require you to fire ammo. That means your Harvesting Tool (pickaxe) or the newly-released Lightsabers that came as part of the Fortnite 21.10 update earlier this week can be used to destroy or dislodge one of the Runaway Boulders and complete the challenge.

Lightsabers can be found at the Darth Vader landing spots, the location of which is revealed by following the Sith Lord’s ship as it flies past the Battle Bus at the start of the match.

However, given how much effort it is to get a Lightsaber given you’ll need to kill Darth Vader and his Stormtroopers to get it, we’d recommend just using your harvesting tool/ pickaxe to complete the challenge instead.

How to Dislodge or Destroy Runaway Boulders with a Melee Weapon

The Runaway Boulders themselves are found at the top of hills and mountains scattered around the Fortnite map. They’re large rocks, sitting on a bed of smaller rocks that are keeping them in place.

To dislodge or destroy one, simply get your harvester or Lightsaber out and attack the boulder or the rocks surrounding the bottom of it.

As soon as you do, you should find that the challenge completes and you’ll have earned an easy 15K XP. It’s as simple as that.

That’s everything you need to know about Fortnite Melee Weapons and how to dislodge or destroy runaway boulders with them. For more on Epic Games’ ever-popular Battle Royale title, be sure to check out the links below.