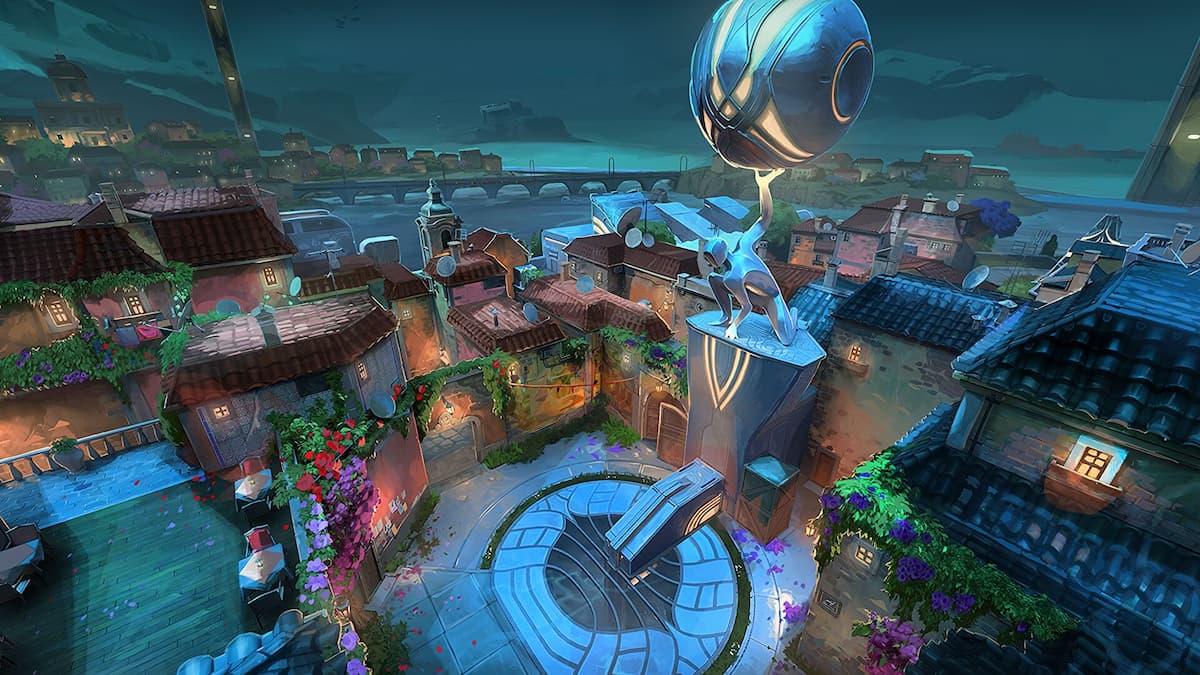 Valorant has a new map for the launch of Episode 5, Act 1, and over the past few days Twinfinite has had the opportunity to play a dozen or so matches along with other press and content creators ahead of its full launch. So, before Pearl becomes available to play for everyone we’re sharing our opinion on who we consider the best Agents to play on Pearl.

Kayo is an Agent whose utility is pretty much well-suited to every Valorant map, and Pearl is no exception. Actually, I think he’s likely to become meta given that his knife gets excellent recon value on CT due to the layout of the map. He’s especially good on A, in my experience, where the knife is able to tag on-rushing enemies, and he can hide in awkward corners where pop flashes are extremely powerful.

Of course, the rest of Kayo’s kit is as strong as it is on any other map: molly lineups can clear angles when attacking, or defend the spike in post-plant; Kayo’s ult makes bursting onto small sites like A very easy, and it’s superb for retakes as well.

If you want to see some Kayo gameplay on Pearl then look no further than this handy little montage I put together versus content creators like Flow and Flights:

Viper appears as though she’s likely to become a meta controller on Pearl. Her utility is brilliant for locking down A as CT, a site that also lends itself to a strong Viper’s Pitt too. Crucially, she’s able to have an impact across the map and help take mid-control on both Attack and Defense, which as we’ve noted in our Pearl strategy guide is a very important part of the map.

The caveat with Viper is that there’s some belief amongst those with early access that double-controller might be the way to go on Pearl, given its sheer size. Viper would certainly benefit from having, say, an Omen over on B during CT to help provide better protection.

On attack, Viper is going to be clutch in a post plant as both sites lend themselves to molly/orb lineup setups. Her wall is also just as useful for taking mid-control on Attack as it is on defense, and it can also be used to make retaking a nightmare for defenders.

You can check out some of Viper’s potential in this video highlighting some basic setups:

Following Jett’s nerf, and given that Agents like Reyna and Phoenix are more or less useless in high elo competitive play, Raze has become the meta duelist. For Pearl, I think she’s also likely to see widespread use, where her utility will be effective in a similar way to Split — clearing angles with her Boombot, causing big damage in tight spaces with her Paintshells, and taking space with both her Satchels and Showstopper for site entries/retakes. Raze was a consistent pick during early access over the past few days, and other duelists like Neon and Jett weren’t especially effective.

Sage hasn’t really proved meta on recent map additions to Valorant, such as Breeze and Fracture, but I think she’s likely to see a higher pick rate for Pearl. Why? Because her wall is just so effective at controlling areas of the map and generally taking map control. Not only can you block narrow entrance ways to slow rushes, but walling advanced areas of the map as a defender helps your team build such a huge picture of where the enemy team is, especially because the rotations take quite a while on Pearl.

If you’ve checked out our strategy guide then you will have heard us refer to the overpowered plant spot on B-long for attackers, and Sage’s wall is also great in combination with this aspect of its design. You can wall off the Spike as a defender to defuse, while attackers can use the wall to help better protect it from Ramp as well.

You can check out some Sage wall examples here:

Cypher is another Agent to who the meta has not been particularly kind, but I think he has big potential on Pearl. Flank watching on attack is sure to become majorly important, and that’s obviously Cypher’s specialty as he uses trips and his camera to spy any pushing defender trying to lurk behind his team. On defense, there are some Cypher setups that were proving effective during early access, and there’s plenty of potential for clever one-ways and other tricky setups to cause enemy attackers problems.

Here’s a basic Cypher setup on A site:

Valorant’s newest Agent is already a solid choice of initiator on more or less every map in the game, and now you can add Pearl to that list. Because most of the buildings and structures on Pearl aren’t particularly tall, there are so many opportunities for clever Haunt lineups to reveal enemy positions. Countless rooftops, houses, and statues serve as excellent locations to throw a Haunt and catch teams off-guard. Also, the narrow alleyways and sharp angles of the map are crying out for a Prowler to clear them and defeat any lurking enemy holding an angle.

Fade’s ultimate ability is excellent for fast site hits and retakes, and especially so on Pearl. I can definitely see Fade trumping Sova as the primary recon Initiator, though both Agents can make equally good use of wall-banging across the map.

Chamber is arguably Valorant’s best Agent right now, and so I think he’s going to be a meta choice on Pearl even if the map also lends itself to more trap-heavy sentinels. Particularly over on B site as CT, Chamber’s teleport, Headhunter, and Tour de Force are going to be absolutely huge in defeating enemy pushes.

Of course, it’s always handy having a trip to catch out lurks and generally take map control, and I can see it being used to watch Double Doors or A Link in order to secure mid-control.

Chamber mains are effective across every map in Valorant right now, which — as I spotlighted in a recent article discussing his controversial nerf — has become a bit of an issue. I expect his pick rate to remain high following Pearl’s launch.

Pearl has a good balance of narrow and wide-open spaces, but interestingly there are several spots across both these types of areas that don’t offer much cover for enemy teams. That means Skye’s flash is likely to find a lot of recon value on Pearl; particularly so, when you can just fly them over houses and rooftops across the map. They’re obviously as strong as they always are for aggressive pop flashes, too.

The Tasmanian Tiger is also great for clearing sharp angles, and when Skye has her ultimate she can seek out enemies across the map to gain a better picture of where enemies are either rotating to or holding. Again, this is a large map with slow rotates, and that means the information game is key. I can definitely see Skye being used in high elo Competitive play for everything she brings to the table.

Killjoy is the site-lockdown specialist, so she could prove highly useful on B for defending teams. Her turret has unlimited range and can watch long site-lines such as B – B Ramp or the alleyway between mid and B Link, while her Nano Swarm can prevent enemies from planting on default spots. Given that she is still in range of her utility when holding somewhere like Tower (heaven), the Alarmbot can sit on double doors and provide intel, too.

On attack, I did experience one or two handy Lockdowns for pushing onto A site, where it can be planted fairly far back on Main and out of harm’s way. It’s less effective for B in terms of helping pushes onto site, though it can be useful on post-plant to slow enemy retakes (so long as there’s no Breach in play!). Right now, I’m including all the sentinels on this list because I think Pearl lends itself to the Agent-type in general, but we’ll see whether Killjoy proves effective once Pearl hits the Competitive queue.

Earlier in this article, I alluded to double-controller as a potential meta for Pearl, and if Viper proves as popular as she was in early access then I think Omen is probably her best smoke partner. Crucially, his Dark Cover reaches the other side of the map which means he can smoke the opposite site to the one is holding on CT. Not to mention that across both sites there are multiple one-way spots that can slow enemy pushes as a defender.

On both attack and defense, Omen’s Paranoia is as powerful as ever, and there are plenty of spots for him to use his teleport to either escape trouble or take the aggressive high ground on top of boxes and platforms. Omen’s ultimate, meanwhile, which is one of the least impressive in the game, can certainly have an impact given Pearl’s large size and the fact that there’s good flank/lurk potential if you can get in behind enemy positions.