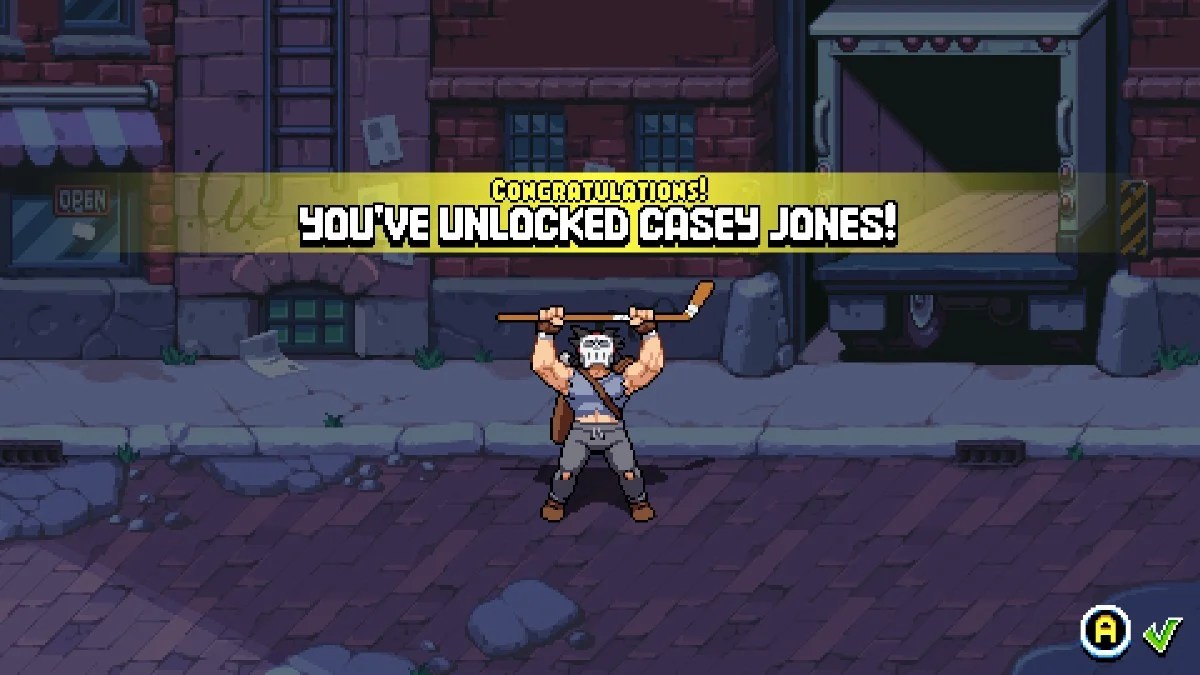 Want to know how to unlock Casey Jones in Teenage Mutant Ninja Turtles (TMNT): Shredder’s Revenge? This hockey-stick-wielding vigilante is a fan favorite in the franchise, so it makes complete sense that people would want to play as him in the newest game. Here is everything you need to know about unlocking the hockey player.

Casey Jones is the final addition to the Teenage Mutant Ninja Turtles: Shredder’s Revenge, as all the other playable characters were known from the outset. In fact, he’s actually the only character that you have to unlock to be able to play in the game. Luckily, the conditions for getting him weren’t very strict.

All you have to do to unlock Casey Jones in Teenage Mutant Ninja Turtles (TMNT): Shredder’s Revenge is complete episode 16 for the first time. Once you do, he’ll show up on the select your hero screen at any time.

There are no other conditions for unlocking this character other than progressing through the game. That means you don’t have to worry about being a completionist in order to play as Casey Jones.

This character has three stars in range, two stars in speed, and two stars in power. He is a very balanced character, and is perfect for those that like to play the game from a distance, picking off enemies from afar while Casey sorts through his golf bag of weapons.

Those weapons include everything from a hockey stick to a metal baseball bat, all of which do some serious damage against Foot Clan members.

That is everything you need to know about how to unlock Casey Jones in Teenage Mutant Ninja Turtles (TMNT): Shredder’s Revenge. If you want more info on stuff, like how to play co-op, search Twinfinite for more great guides.