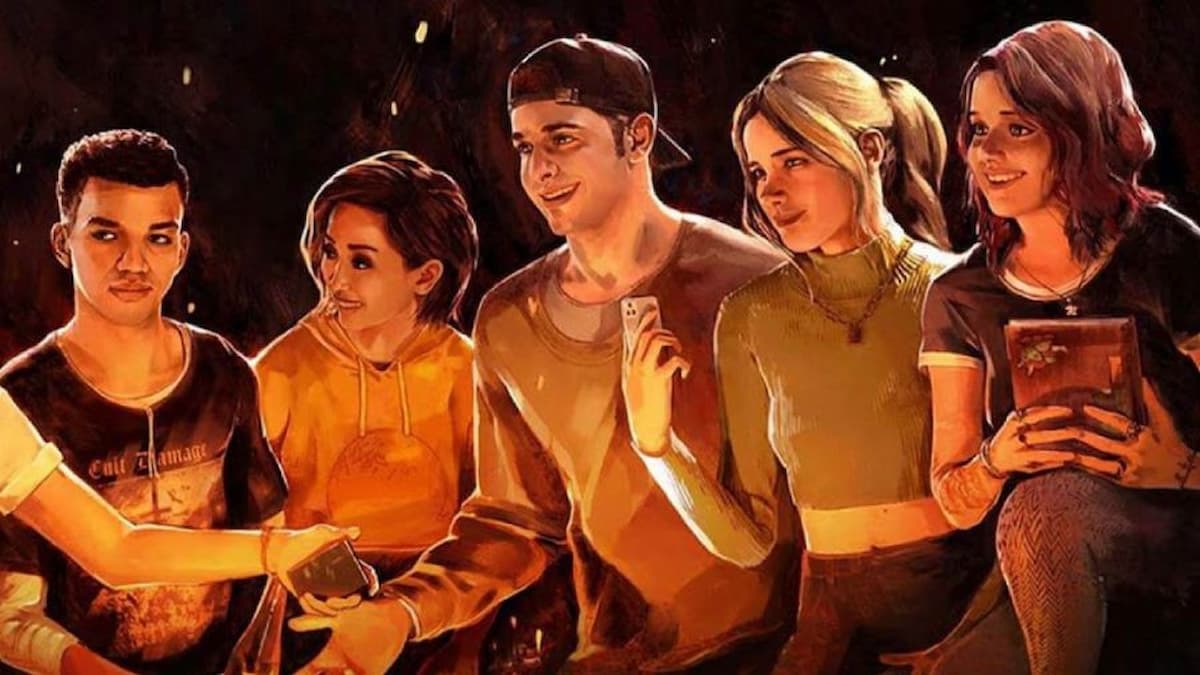 Assuming you’re seeing this after reaching the end of The Quarry, we hope you enjoyed your first trek through the camp of horrors. Now that you have reached a single ending of the game, you are probably aware that things could’ve gone better, or possibly gone much worse. Here’s how to get all endings in The Quarry.

All Endings in The Quarry

As you might have guessed, there are some heavy spoilers beyond this point, be sure to only take a look at this guide if you have gotten through at least one playthrough of The Quarry.

As deadly as Hackett’s Quarry may be, it’s still possible you might not be able to get this ending unless you are specifically trying for it. There is minimal setup needed, and when in doubt simply fail QTEs. No one can die before chapter four, so that should help you get comfortable.

Chapter Four: If you chose to have Jacob take the rotor arm, he will drop it into the lake. Choose to dive in after it, and then when he ends up tangled in the razor wire, select the option to pull twice. Jacob will drown. Alternatively, later in chapter four you will be at the campfire with the others after Nick has been brought back. Ryan will have a gun and you’ll hear rustling in a nearby bush. Once you raise the gun, you will want to shoot when prompted. This will also kill Jacob.

Chapter Four: When controlling Emma on the island, no matter which path you take, you will end up at the hut. After entering the hut, there will be a noise above. Choose to open the trapdoor instead of searching the bag. This will kill Emma.

Chapter Five: To prepare for Dylan’s death, be sure to have Ryan cut his hand off with the chainsaw when prompted after he is attacked by the werewolf.

Chapter Six: In the pool house, Nick will attack Abi and she will get the chance to shoot him to defend herself. Make sure to not shoot Nick and this will kill Abi.

Chapter Seven: When you get to control Laura after she is attacked by Werewolf Max, don’t do anything. Simply go lay down in bed to advance time. In the next scene after Travis comes in to check on her, take his gun when prompted. Now, dodge his attempts to take the gun back and shoot him when you get the option. As the scene ends you should get a message that Travis will now kill you.

Chapter Eight: When Laura aims her shotgun at the werewolf in the cage, make sure not to stop her during the interrupt QTE. This will kill Nick.

Chapter Eight: Make sure not to pull the knife out after Ryan is stabbed, you’ll need it to stab Bobby after getting through the inside of the wall. After Bobby is gone and Laura arrives, be sure to accept her offer to infect Ryan and don’t do anything when given the option to pull away.

Chapter Nine: After Laura and Ryan have fallen through the floor shoot Werewolf Chris as Ryan. After Laura has returned to being human, Travis will kill her. Then select the aggressive choice as Ryan and simply don’t do any of the QTEs. This ensures the death of both Ryan and Laura.

Chapter Nine: After Dylan lowers the car with the crane and a werewolf comes, choose to warn Kaitlyn. When the next choice pops up with the car in the air, choose to sound the horn. From here don’t do any QTE or anything, the werewolf will come up and kill Dylan, he’s especially defenseless with only one hand.

Chapter Ten: When you play as Max, make your way to the end of the dock. From here, choose the option to swim to the shore. This will kill Max.

Chapter Ten: You’ll be playing as Kaitlyn in the lodge. Choose the prepare for assault option at the upstairs portrait. This time, when the werewolf approaches, choose the wait option and don’t do anything else. This will kill Kaitlyn and no one will be left.

This ending is a bit easier to get, in all honesty. A lot of it will be doing the opposite of what is seen above in the Everyone Dies ending. If you want to make this even easier, you can set your accessibility options to complete QTEs automatically so you don’t have to worry about messing something up. To that same end, it is a good idea to make it so breath-holding sections complete automatically.

There are some things to keep in mind:

To get this, follow everything in the Everyone Dies run, but there are a couple things to do to properly set it up.

The only thing you need to do this time around is shoot Travis after he kills Laura. From here follow the steps above to ensure Kaitlyn dies and you get the ending as well as the trophy/achievement.

Hear Full Podcast in the Epilogue

No matter which way the story goes, there will be an episode of the in-universe Bizarre Yet Bonafide podcast playing over the end credits and discussing all the events from the story. If you managed to find every piece of evidence throughout the story, the podcasters will now talk about every item individually. If you got them all, you will be able to get them to believe what you saw for yourself.

There you have it, campers! That’s how to get all endings in The Quarry. While the above wants you to collect all of the evidence, we also have a guide to getting all the tarot cards in The Quarry.