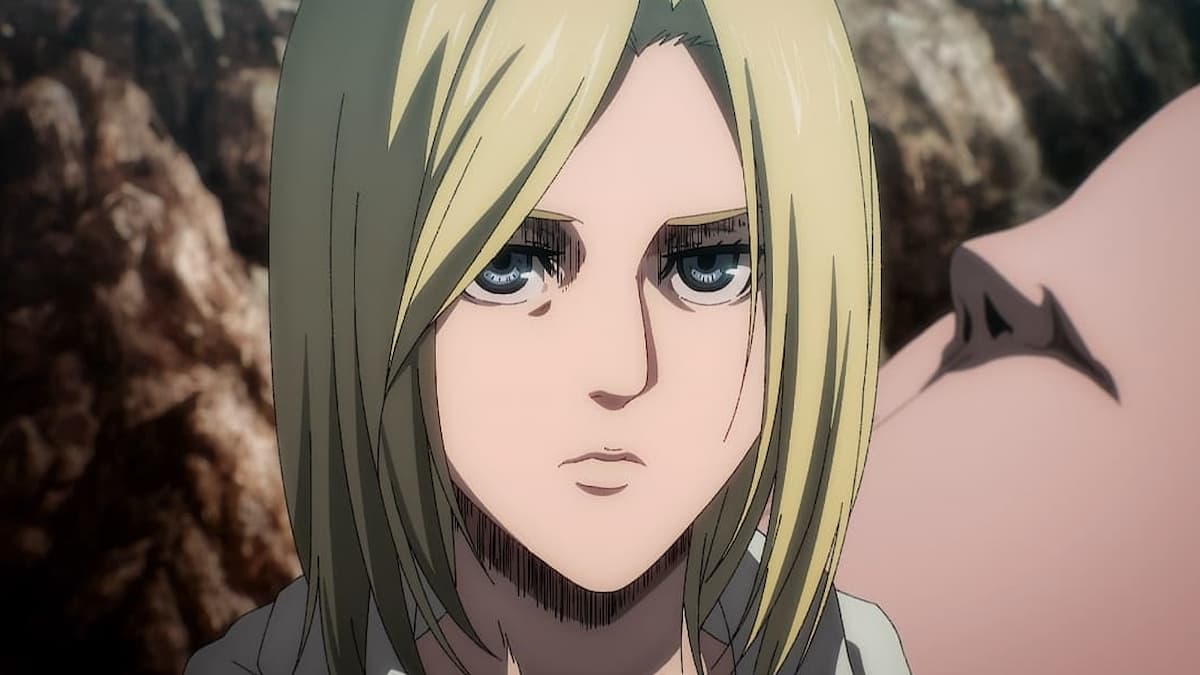 The last time we saw Annie Leonhart was when she enclosed herself in Titan crystallization after being defeated by Eren Yeager. She is still a prominent character by appearing in flashbacks, and Armin was shown to visit her regularly in season 4. Now that Eren has undone the Titans’ hardening in season four, people have wondered what happened to Annie in Attack on Titan?

Annie’s Fate in Attack on Titan

Annie Leonhart is finally free of her crystallization and is now back to aid humanity in Attack on Titan’s latest season. After escaping from her compounds, she runs into Hitch Dreyse, and they decide to help each other out due to their past friendship. Besides Armin, Hitch often visited her underground and talked to her during her Hardening state.

In Episode 82 of Attack on Titan, Annie reveals that she has been listening to Armin and Hitch’s conversations and how they kept her from being alone. She remained conscious the entire time and had a general understanding of the events of past seasons because of their talks.

The Female Titan’s time in the crystals motivated her to reflect on her upbringing and past actions. She confides in Hitch that a foreigner with Eldian blood had found her when she was a child and trained her to be a tough soldier. Unfortunately, once she sets off to go to Paradis to initiate her mission to find the Founding Titan, the man who raised her regrets his actions and pleads with her to come back home.

Annie’s final mission is to return to Marley to be with her father just as she promised. However, she can only do that by stopping Eren from killing everyone in there by teaming up with former enemies and allies. The newly formed group was last seen at the end of Season Four Part One on their way to help Marleyans in the fight. You can look forward to the intense battle when Part Three releases in 2023.