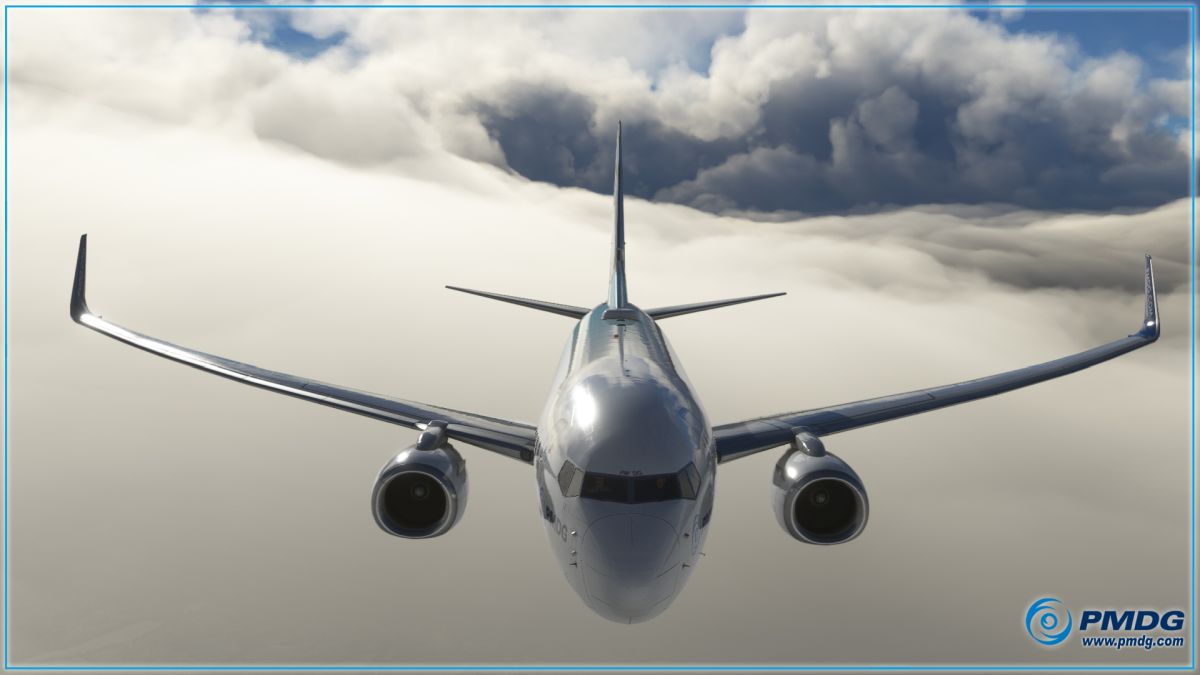 The aircraft will release on Monday, May 9, which is only a couple of days away.

If you’d like to know how much it’ll cost, that information is still pending, but we do know that each major version will be sold separately with the -700 being the first (including the passenger variant, the cargo variant, and the Boeing Business Jet variant), followed by the -600, the -800, and the -900 in this specific order, with approximately six weeks planned between releases.

Fo the moment, the release will be only for PC, but a launch on the official Microsoft Flight Simulator marketplace and for Xbox is planned. At the moment we don’t know when that’ll happen, as Microsoft needs to solve a relevant issue preventing some advanced aircraft (like PMDG’s own Douglas DC-6) from working on the console version of the simulator.

The announcement was made with the following video, in which PMDG CEO Robert Randazzo also speaks about what we can expect from the aircraft.

Randazzo also posted on the official PMDG forums providing more information about the product and its development. You can read the full message below.

“If you have ever had the opportunity to see the ceiling of the Sistine Chapel, you can understand why Michelangelo is commonly thought of as one of the Great Artists of all time. Or, if you share my quirky view of the universe, you might consider him to be one of the least fortunate men ever to walk the earth, because he cannot see that work for it’s beauty.

Instead, he sees only it’s flaws.

The same can be said for nearly anyone involved in a creative endeavor, whether it be writing, painting, sculpture, movies or software- the end result is the same. The creator can always turn the creation over in his hands and spot the flaws, long after it has exceeded the expectations of the recipient.

This has always been the hardest part of produce development at PMDG; deciding when we are finished.

On Wednesday, we had our routine All-Hands meeting and effectively scratched off the last of the true blockers holding us off from release. That isn’t to say there aren’t other items we still wish to work on, or add, or improve, because there are. But we have finally reached the point in the endeavor where we can say, “Yes- this is a product that will serve the customer well and that we can be proud of.”

At PMDG we have a long reputation for creating good, solid products that can be counted upon. This is by far the most difficult development cycle upon which we have ever journeyed and I wish I could tell you that it has been fun, because it hasn’t. Creating this airplane without the benefit of modern debugging tools has at times caused us to wonder if we were on a fools errand. The ingenuity and perseverance of the team has impressed me time and again as we created tools and methods needed to build the 737 so that it would prove to be as reliable and feature rich as any product that preceded it- and then went on to exceed even those expectations.

This is not a “port” of an existing product, which is why we changed the product naming a few months back. We had started out referring to it as “NG3” but NG3 was originally envisioned as a port of our Prepar3D version into MSFS and it became obvious to us in September of 2020 that porting the product would give you an inferior user experience. Microsoft Flight Simulator, when it finally arrived, offered such a magnificent visual environment that it seemed we would be missing an opportunity to do something truly wonderful if we simply dragged the 737 “as is” into the new environment and handed it off to you.

And so the 737 project as a whole went back to the drawing board- at tremendous cost and enormous workload- and became The PMDG 737 for Microsoft Flight Simulator.

The first product in the series is PMDG 737-700 for MSFS. It will release next week.

We anticipate adding a new airframe to the 737 series approximately every six weeks through the summer and for all the MAX lovers out there- those will come too. Eventually.

As we pull our 737 across the transom into release mode, I am reminded of just how long this journey has been. It has been far longer than any we would have imagined when we started. There were plenty of folks proclaiming success or failure, and many more who suggested we would need to sacrifice realism or completeness for reasons that were never truly clear to any of us who were actually working on the product. Microsoft Flight Simulator is, without a doubt, the best simulation platform that any of us on the development team have ever put a product into. There are plenty of moments in development where we would share images with one another and reflect upon just how good it looked, and how smoothly it ran, and how rewarding it was to see both of those behaviors at the same time- because our training up to now has lead us to believe that performance and beauty are mutually exclusive.

In the PMDG 737-700 for MSFS you have an incredible depth of richness that we think will serve you well for years to come. From our entirely customized autopilot, flight model, systems modeling and highly refined sound environment made up of entire interior and exterior sound samples, we provide you with an experience that is as immersive as it is accurate. The sound build out along was created by creating a specially configured recording environment in order to give us the sources that we needed in order to create twelve sound zones defining the area around the airplane… TWELVE… and then entire constellations of sound emitters to ensure that sounds come from the proper spaces relative to your view…

We are happy you will be out flying our 737 next week.

We won’t be resting on our laurels, however. Work continues apace to add the new tablet which will feature options controls, navigraph charts, SimBrief integration and more. We have many new features that will roll in with updates, along with various fixes that might prove necessary post release. (In fact we know some fixes will be necessary. It is a reality of software development- so plan to see a few updates come to you in rapid succession via the PMDG Operations Center in the days following release.)”

If you’d like to get ready for this much-anticipated release, PMDG tech team member (and real 737 pilot)
737NG Driver released an extremely handy series of advanced tutorial videos, which should teach you most of what you need to know to fly the aircraft.