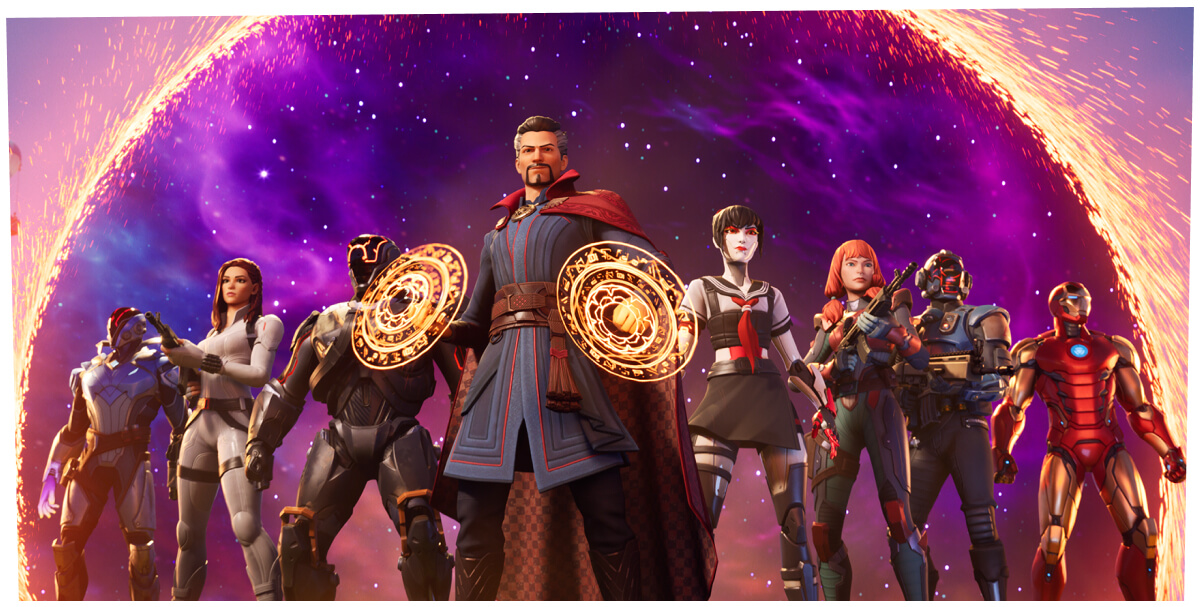 Epic Games has just rolled out the Fortnite 20.30 update, which adds a significant amount of new content including Star Wars quests and Lightsabers as weapons to celebrate May the 4th tomorrow, as well as introducing a Doctor Strange NPC.

While the blog post has now released and shares information about the immediate content available in the game, dataminer and popular Fortnite leaker iFireMonkey has also shared a bulk of the new content coming in the update.

The headline additions come in the form of the Star Wars content. Lightsabers have been reintroduced, providing players with a way of deflecting incoming fire as well as dealing heavy melee damage to their opponents. Though, at the time of writing, it remains to be seen if these have been adjusted since they last appeared in the game.

The lightsabers will also be joined by the E-11 Blaster Rifle, which will deal 30 damage per hit and has an unlimited magazine size. It can overheat, however, and when it does it’ll take two seconds to cool down. It has a fire rate of 4.75.

Rounding off the Star Wars celebration will be Stormtrooper Checkpoints dotted around the map, a Stormtrooper NPC that will deal out bounties, and a handful of Star Wars May the 4th challenges that will require players to survive storm phases while carrying a Lightsaber, damage opponents within 30 meters using the E-11 Blaster Rifle, and blocking hits with a Lightsaber among a few others.

Outside of the Star Wars content, the Fortnite 20.30 update also adds the Doctor Strange NPC with the description: “The Master of the Mystic Arts is here to defend reality, no matter the cost. But will this sorcerer’s magic be enough to save the island?” At the time of writing, we’re unsure on where Doctor Strange will be found on the map.

iFireMonkey also revealed the changes to the map taking place in the most recent update. The Tilted Towers and Rocky Reels blimps have been destroyed and are now called Tilted Touchdown and Rocky Wreckage respectively. The Resistance have now pushed back the enemy forces to Command Cavern and its surrounding areas including Loot Lake.

Finally, the leaker also shared that Wanda Maximoff of Marvel fame is coming to Fortnite. At the time of writing, there’s no word on when the witch will drop in the game.

The blog post has also revealed that Funding Stations for Choppas have been set up across all ‘Seven Outposts’ on the map.

It also mentioned that shotguns have undergone a ‘damage balance update’ as part of the Fortnite 20.30 update. These changes increase the damage for most shots, including headshots, but have also set a ‘max damage cap’ affecting how much maximum damage a single shot can deal.

You can check out the specifics of the changes made to each shotgun below:

There may also be some other minor additions, but at the time of writing these haven’t been revealed. We’ll be sure to update this post when we have more official news on the Fortnite 20.30 update.