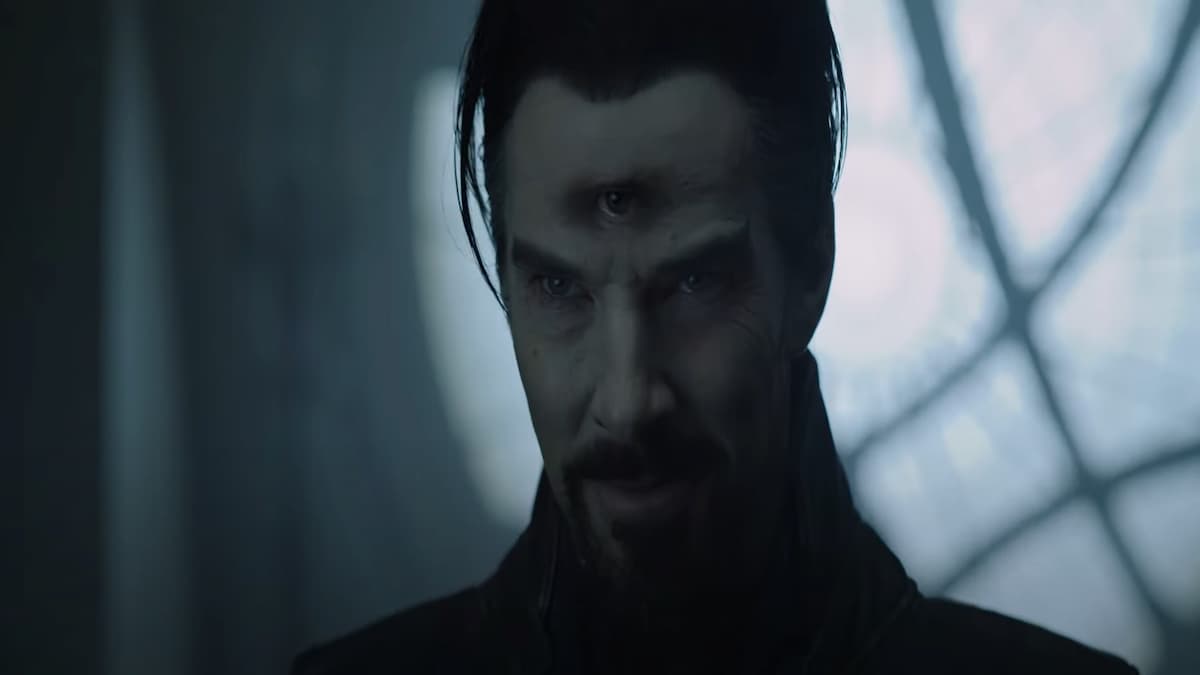 Doctor Strange in the Multiverse of Madness had a fantastic opening weekend and continues to be one of the biggest box office successes for the MCU to come out during the pandemic. Even bigger yet is that this film finally confirmed which universe all of the MCU movies and shows take place in. But of course, that revelation and a number of others leave us with more questions than answers.

***SPOILER WARNING: If you haven’t seen Doctor Strange in the Multiverse of Madness, then turn back now! Every entry into this article features spoilers that will likely ruin the entire movie, as spoilers are heavily discussed.***

The entirety of this list focuses on the aftermath of Multiverse of Madness. That means major plot points and story events will be discussed in detail down below. If you haven’t seen the movie yet, then proceed with caution or just come back once you’ve seen the movie. Or dive right on in if you don’t mind spoilers.

Is Earth-616 Strange Corrupted By the Darkhold?

As Doctor Strange from Earth-616 traveled through the multiverse with America Chavez, he discovered that the other Stranges are also somewhat cocky. Every version of himself thinks they can solve just about any problem on their own. And clearly, that can have fatal consequences for everyone around him as we saw in the collapsing universe with the three-eyed Sinister Strange.

At the end of Multiverse of Madness we see our beloved Strange going for a walk, then screaming in pain as his very own third eye opens on his forehead. This might indicate that the hero we know was corrupted by using the Darkhold to dream walk into the body of a dead Strange. We also saw him capture the souls of the damned and turn them into a cloak for the rotting body he possessed.

With all of this chaos magic usage, it’s hard to imagine there won’t be any negative repercussions. Still, just because 616 Strange has a third eye now doesn’t mean that the Darkhold has turned him evil. In the comics, Strange’s third eye is actually tied to the Eye of Agamotto that he wears around his neck. The MCU typically borrows bits and pieces from the source material, so we’ll have to wait and see.

What Happened to the Earth-838 Universe?

In Multiverse of Madness, we saw what happens to a universe when an “incursion” starts happening. It’s just like what was shown in What If…? where the entire world begins to crumble away to a single point until nothing remains. This is just one of the issues that can arise during multiversal travel in the MCU. That means Earth-838 was exposed to the same kind of event that did in Sinister Strange’s world.

When 616 Wanda dream walked into the body of her 838 counterpart and brutally murdered every member of the Illuminati it left the utopian universe open to a possible incursion. The rules Multiverse of Madness lays out for how an incursion occurs are a bit vague. Reed Richards explains that it can happen when two universes collide and one leaves a big enough footprint on the other, but that’s as detailed as it gets.

Fortunately, for the residents of Earth-838, it looks like their world has hung on. Fans who stayed until the end of the credits may have been miffed by the director, Sam Raimi, using the end credits scene to put a punchline on a joke instead of tease more of Strange’s future adventures. However, this scene shows the pizza ball vendor still alive and kicking on Earth-838. Or maybe an incursion takes a very long time to start.

Will We See Illuminati Members Return?

It was so exciting to finally get our first glimpses of the former Fox Marvel properties in the MCU with the cameos of Patrick Stewart as Charles Xavier and John Krasinski as Reed Richards. And then Wanda just had to come to ruin the fun for everyone by picking apart the Illuminati like they were nothing. At least she didn’t get to Mordo Supreme, so the Earth in that universe still has a protector.

If anyone has a good chance of coming back from that group, it would have to be Mordo as the sole survivor of the Illuminati. But the others could still come back as variants of their 838 selves. I still have to believe that Captain Carter has a shot since she played a big role in What If…? and could return in season two. John Krasinski is the Reed Richards fan cast dream come true. It wouldn’t make much sense for Marvel to go out and get someone else for the role — unless it’s William Jackson Harper.

It also seems possible that Black Bolt could return in Secret Invasion, Maria Rambeau could return in The Marvels, and Xavier — maybe not Patrick Stewart — will likely come back since he’s essentially the leader of the X-Men. There will certainly be plenty of opportunities for different versions of all these characters to make triumphant returns throughout the MCU.

Will Strange & Cleo Encounter Dormammu in the Dark Dimension?

And then in the post-credits scene, we see Clea emerge through a portal from what appears to be the Dark Dimension. So much for eternity. Clea is Dormammu’s niece who Strange ends up marrying in the comics and they’ve even used their combined powers to defeat Dormammu. However, there’s currently no indication of which direction the MCU will take Clea and Strange’s relationship.

Still, it seems very likely that Dormammu will make a return in the eventual next Doctor Strange film if they end up traveling to the Dark Dimension. And without the Time Stone this time around, Strange won’t be able to lock Dormammu in a time loop. Fortunately, our hero’s powers combined with Clea’s should be all they need to come away victorious.

At the end of Multiverse of Madness, Wanda ends up destroying the castle at the top of Wundagore Mountain. Not only that, but she also uses her powers to destroy the Darkhold in every universe so no other magic user can become corrupted by it again. But Wanda’s whereabouts are a bit of a mystery at this point since we last saw her collapse a castle on herself.

It’s not the first time that Wanda would have survived at the bottom of a pile of rubble. She lived through the bombing of her apartment complex when she was a child and is an extremely resilient person in general. But the biggest clue to her survival is the fact that they didn’t show her death. If someone is getting killed off of the MCU, then they usually give the character a big emotional scene as they did with Tony Stark and Natasha Romanoff.

All signs point to her still being alive and eventually returning at one point. There is still always the possibility that she could come back and try to redeem herself in the eyes of the public after what she did in Westview. A team-up with Moon Knight, War Machine, Hawkeye, and Ant-Man as the West Coast Avengers certainly isn’t out of the question.

Card Shark Review – An Ace in the Hole