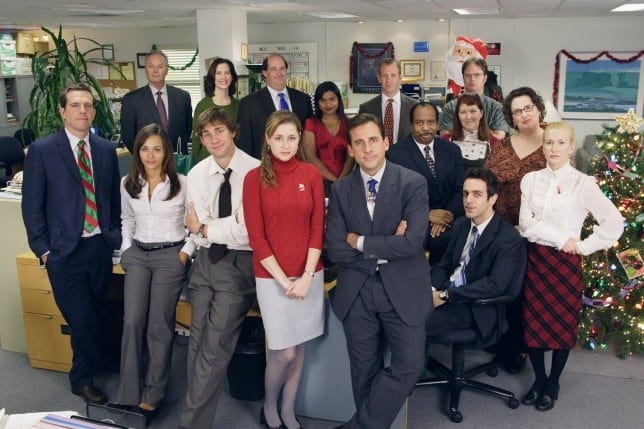 The Office was easily one of the most enjoyable sitcoms to ever grace our screens. Fight me. Though you probably won’t, because you’re already here trying to take a trivia quiz about The Office. Let’s not fight, let’s just reminisce about its greatest moments, and try and wish a new series or a movie into existence.

While we fail at doing that, you can pass the time by testing your Dunder Mifflin knowledge with our The Office trivia quiz. There are 30 questions to answer, and at the end we’ll let you know how you got on. Sound simple? That’s because it is. Now, get to it!

All images via NBC.

The Hardest The Office Trivia Quiz You'll Ever Take

What is the name of Michael Scott's screenplay?

How did Ryan the Temp burn down the office?

What is Andy known as on the internet by the final episode?

What song does the cast dance down the aisle to at Jim and Pam's wedding?

When Dwight is explaining his perfect crime, what's the name of the girl?

In his Perfect Crime, Dwight tells the girl he'll go to Mexico. Where does he go instead because he doesn't trust her?

What's Creed's website (which is actually just a word doc that Ryan set up for him)?

What food does Michael force Kevin to eat?

What is the name of Meredith's stripper son?

What song does Angela sing in karaoke?

What passport other than a US one does Creed have?

Which of these items was NOT in the teapot that Jim gave to Pam for Secret Santa?

How much money does Michael donate to Oscar's newphew's charity not realizing that it's a per mile donation?

What is the name of the Senator that Angela marries and Oscar has a romantic relationship with?

What are the themes of each of the three rooms at Schrute Farm, also known as 'The Beets Motel'

Mose is one of how many of Dwight's cousins?

What is Creeds' biggest fear?

Which of these celebrities has NEVER made a cameo?

Finish this classic Kelly Kapoor quote: "Yeah I have a lot of questions. Number One:...."

What was the name of the a cappella group that Andy sang in?

What vegetable does Toby bet the Office they can replace Creed's apple with, without him noticing?

What song does Dwight sulk to in his car over Michael and new temp Ryan's budding friendship?

What famous author does Phyllis try and recruit for Michael's Dunder Mifflin TV ad, but ends up being thrown out of the mall over?

What has to be involved in math for Kevin to be able to do it?

When Michael and Dwight try to get Toby fired by planting drugs. What do they actually plant in his desk?

When Andy goes to the Senator's fundraiser in S8 E22, what does he return with?

Who does Dwight choose to be his "bestest mensch" and who are they replaced with as a surprise?