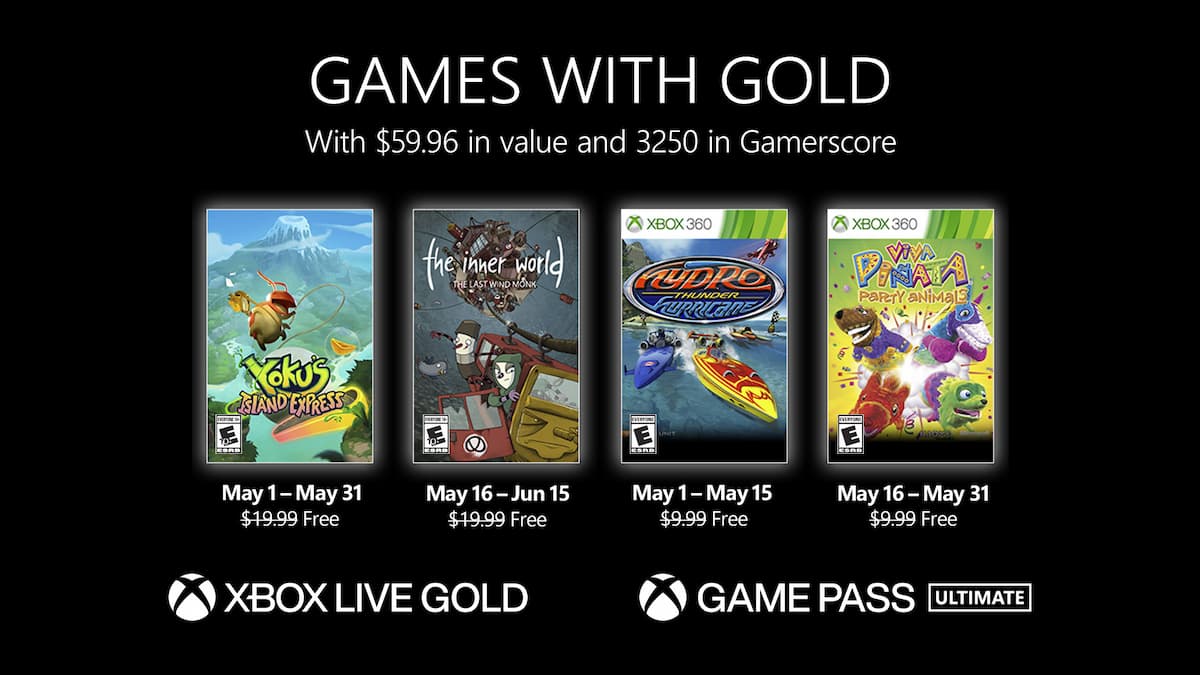 Microsoft has just revealed the four games that will be available for players through Games With Gold in May 2022. These games can be played by Xbox Game Pass Ultimate and Xbox Live Gold subscribers at no extra cost.

All four games are playable on Xbox One and Xbox Series X|S, while Xbox 360 users have access to only the last two. Here’s the full list:

For those who don’t know much about the games listed above, Microsoft has also put out their usual Xbox Games With Gold highlight trailer to give a quick look at the four games. You can watch it for yourself below.

There’s still time to redeem this month’s Games With Gold options, for those who missed April’s list of games. We covered those as well, so you can read up on them right here to know what you’re potentially missing out on. And for more Xbox-related coverage, be sure to check out the related articles below.