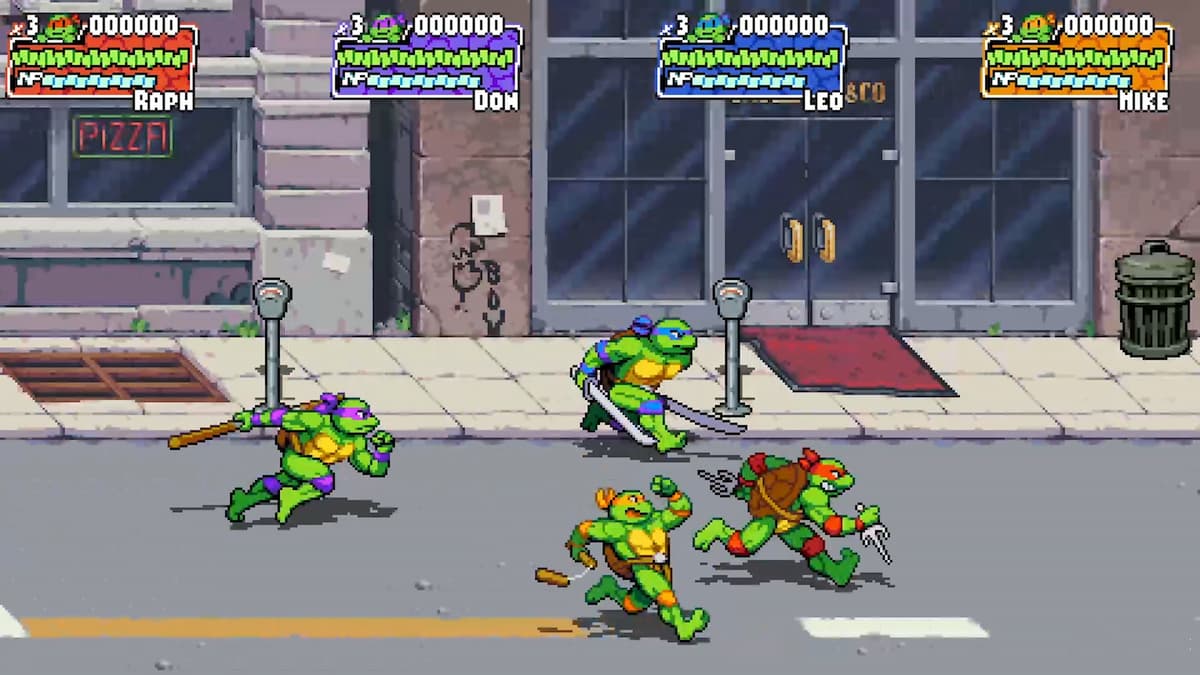 Publisher Dotemu has just released a brand-new gameplay overview for Teenage Mutant Ninja Turtles: Shredder’s Revenge, and it gives us a good look at 11 minutes of uninterrupted gameplay along with a release window announcement. It’s also been revealed that the original 1987 cartoon’s voice cast for the turtles will be reprising their roles here to really bring us back in time.

There’s no specific release date just yet, but the beat ’em up, developed by Tribute Games Inc., will be coming to PC, Nintendo Switch, PlayStation, and Xbox this summer.

The 11-minute video shows two full stages, each of which is tackled by two different pairs of turtles. The first stage is Channel 6 Studios and we get to follow Mikey and Leonardo as they fight their way through the news station. The second stage focuses on Donatello and Raph as they brawl in the streets of New York.

You can check out the full Teenage Mutant Ninja Turtles: Shredder’s Revenge gameplay overview below to see all of the action mentioned above.

We’ll be sure to keep you updated on the TMNT beat ’em up as new info gets released, so check back in with us as the summer release window approaches.