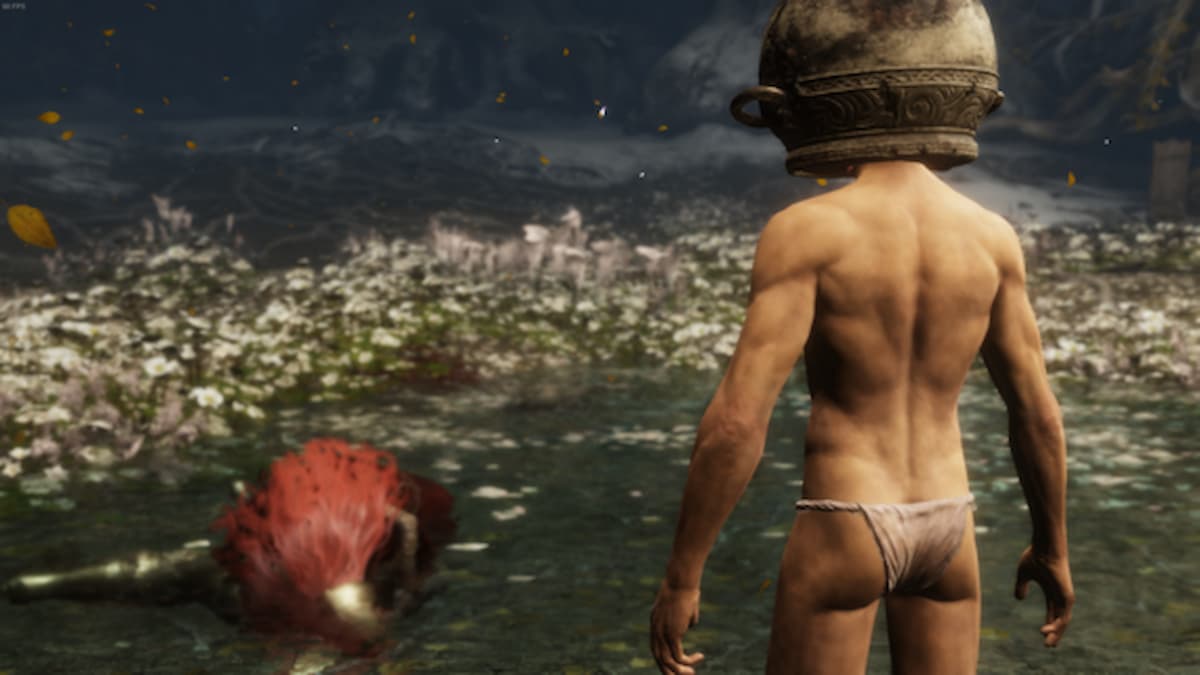 Elden Ring is a game about traveling and exploring the Lands Between, as you defeat demigods along the way to collect shards of the Elden Ring itself to become the new Elden Lord. You might find your journey gets cut abruptly short towards the end, though, if you choose to take on some of the game’s optional bosses.

One boss in particular has become notorious for being the most divisive boss encounter among the player base. Malenia, Blade of Miquella is easily up there as one of the hardest boss fights FromSoftware has ever created because of her devastating lifesteal and Scarlet Rot-inflicting moves. She’s one of the few fights in the game where having summons can actually hurt you, and yet this community has recently seen the emergence of a jolly cooperator whose sole purpose is to help others defeat her.

Klein Tsuboi plays as a naked man with only a jar on his head and two katanas, one in each hand. His character is named “Let me solo her,” which serves as a request for the host and any other summons in the session to stay in the sidelines where it’s safe while he takes on Malenia alone. In case it’s not clear how impressive this is, let me remind you that while Malenia is tough enough on her own, it’s even more of a challenge when you’re a summon with less health and FP, and fewer healing items.

And if that wasn’t enough, bosses in Elden Ring also get more health the more summons you have in a session. And yet, Mr. Let me solo her has clearly mastered the fight and knows it like the back of his hand at this point, and is able to take down Malenia in both phases without taking unnecessary damage.

It’s gotten to the point where the Elden Ring Reddit community has taken to creating fanart of his character battling Malenia. The Souls games have always been carried by a very passionate and active multiplayer community, be it helpful messages or unique fight clubs and invasion encounters, so it only makes sense that one of the most incredible Elden Ring stories of the year emerged from a single player choosing to take the time to help hosts in getting over that massive difficulty spike. And in such a fashionable way, no less.

Elden Ring is now available on PC and consoles.