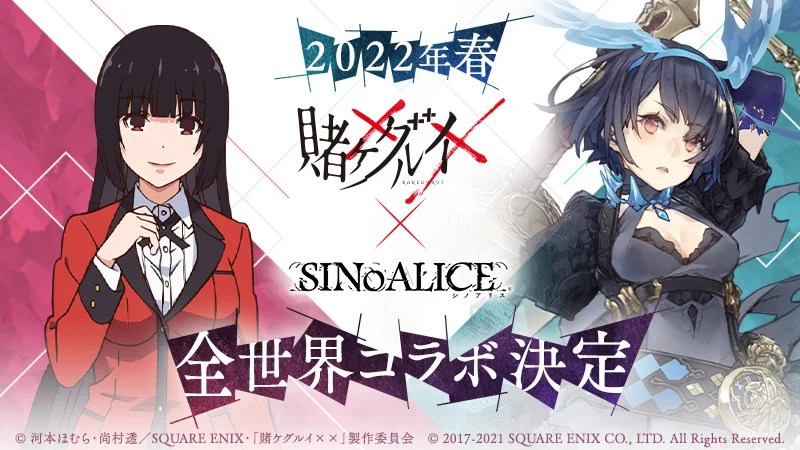 Square Enix definitely hasn’t slacked as far as updates to their mobile games are concerned. War of the Visions: Brave Exvius recently got its second anniversary and Final Fantasy VI collaboration event, and now it looks like SINoALICE players will have a chance to collect characters from Kakegurui as well.

SINoALICE is a little unique in that it features a story and world created by Yoko Taro, as well as a soundtrack composed by Keiichi Okabe. It certainly invokes a lot of NieR vibes, making it one of the darker gacha games out right now. And that makes it a weirdly good fit with Kakegurui, the popular anime series about high school gamblers who love leaving it all on the line.

The Kakegurui XX collaboration event will arrive in the global version of the game on April 26, while the Japanese version will get it a little earlier, on the 12th.

Players will be able to collect characters like protagonist Yumeko Jabami, as well as other popular faces like Mary Saotome, Midari Ikishima, Kirari Momobami, and Sayaka Igarashi.