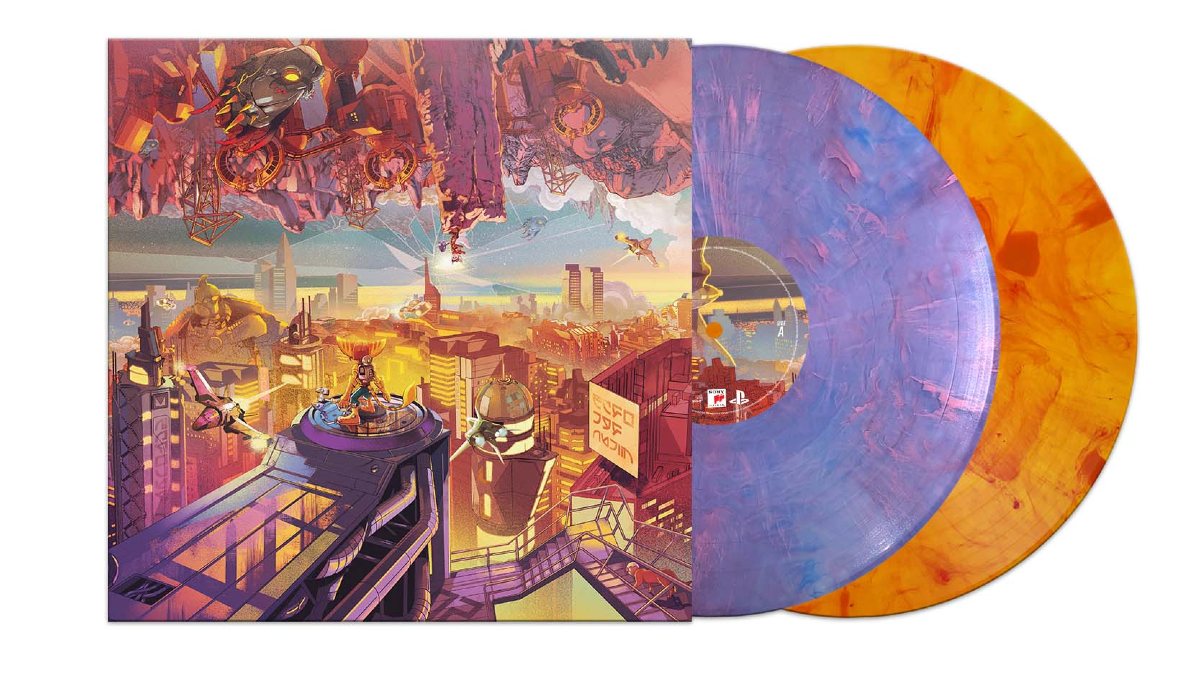 Ratchet & Clank: Rift Apart and music fans are in for a treat, as it was just announced that an official vinyl soundtrack for the game is now available for pre-order. Broken into two LPs, the upcoming release features 20 songs from the beloved Sony exclusive, all of which are perfect for taking on any evil robotic emperor.

The vinyl has been composed by Mark Mothersbaugh and Wataru Hokoyama, with Milan Records in charge of publishing. You can check out the official description and track list below:

Milan Records is proud to present the music to Ratchet & Clank: Rift Apart, composed by Mark Mothersbaugh and Wataru Hokoyama, on vinyl!

When an evil robotic emperor intent on conquering cross-dimensional worlds puts  Ratchet and Clank’s own dimension next in his sights, the old duo is thrust right back into action. The dynamic pair need to dust off their outrageous weaponry and stop a dimensional collapse in its tracks.

This release features twenty tracks of original music composed by Mark Mothersbaugh and Wataru Hokoyama for Ratchet & Clank: Rift Apart pressed on a pair of dimensional rift color vinyl discs and housed in a gatefold jacket with original artwork by Shan Jiang.

The Ratchet & Clank: Rift Apart LP is set to ship in July 2022, and anyone that is interested in pre-ordering can do so via the Milan Records Shopify site. While you wait, be sure to check out all of the other content we’ve got related to the series, including plenty of features, news, and quizzes.