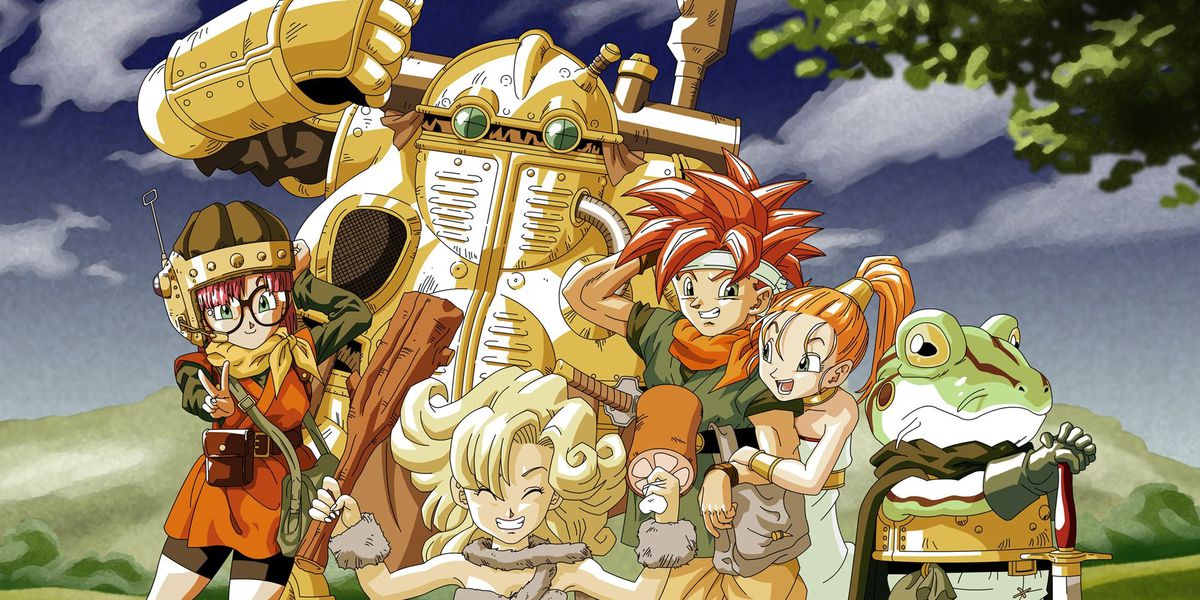 Fans of the Chrono series rejoiced when Square Enix announced Chrono Cross: The Radical Dreamers Edition, which was released last week. This remaster contains two of the three games in the series: Chrono Cross and Radical Dreamers, the two follow-up games to the beloved classic Chrono Trigger.

This is the first time either game has seen a re-release in over 20 years, opening the door for new players to enjoy them. They aren’t just straight ports, either—Square Enix polished up the character models and illustrations as well as added quality-of-life improvements such as auto-save, 2x speed mode, auto-battle, and more. It’s a great way to play them in this day and age.

Though I very much appreciate being able to play these games on modern platforms with their various improvements, there’s one very important piece missing: the inclusion of Chrono Trigger, the game that started the series altogether.

When people think of the Chrono series, their first thought is almost always Chrono Trigger. The game cemented itself as a classic back in the 90s and continues to hold up to gameplay and storytelling standards today.

With thirteen different endings and seven eras that Crono and his friends travel to during their quest, ranging from 65,000,000 B.C. in prehistoric times to 2300 A.D. in the future, Chrono Trigger pushed the limitations of the SNES to bring the game to life. It’s no wonder it is considered by many JRPG fans to be among the greatest games of all time.

Though Chrono Trigger received some minor quality of life upgrades when being ported to the DS and PC in later years, I can’t help but feel as though Square Enix should take the opportunity to give this game the love it truly deserves. It’s been over 25 years since its original release, and there is still so much that can be done with it to maximize its greatness.

When I try to think of ways that Chrono Trigger can be improved, it’s hard to pinpoint specific weaknesses. It would be nice for the game to get some modern quality-of-life upgrades that Chrono Cross did, such as auto-save, increased speed, battle enhancements, etc. It would also be nice if we could actually play it on modern consoles; you currently cannot play Chrono Trigger on the Switch, PlayStation 4/5, or Xbox One/Series X/S.

The 16-bit graphics have aged well as most SNES games have, but it sure doesn’t feel modern. I take a look at other sprite-based games that have been released and announced recently, and I truly believe that these games can and should provide the framework for a Chrono Trigger remake.

Square Enix’s Octopath Traveler, Triangle Strategy, and the upcoming Live A Live remake each use what is called an HD-2D visual style that allows for the use of sprite artwork and 3D backdrops in its design. This style gives the games a nostalgic, 16-bit era feel with a more detailed environment with visual depth.

This is exactly what Square Enix should do with Chrono Trigger. Imagine how beautiful the stained glass in the courtroom would look during the trial scene or how magical the Kingdom of Zeal would be with the depth of the floating islands in the sky.

Think about how dynamic the dual-tech and triple-tech attacks between the 2D characters would be if they could utilize a stunning 3D environment around them during battles against enemies and bosses.

Additionally, the cutscenes that were added in Chrono Trigger’s PlayStation release could be touched up or even remade entirely to showcase the capabilities of today’s consoles. They could look absolutely gorgeous and bring so much life to the characters and world.

This is the Chrono Trigger I want to play in the 21st century. While it seems like Chrono Cross was touched up with minimum efforts for its remaster, I don’t want its predecessor to receive the same or even less treatment. That effort was fine for Chrono Cross, the lesser-loved game in the series, but we want the big classic to receive a from-the-ground-up remake that will leave both veterans and new fans marveling in awe.

Now is the perfect time. Because of Chrono Cross: The Radical Dreamers Edition, old fans are being reacquainted with the series and new fans are learning all about why it’s so special. The games don’t need to be played in any particular order, so there’s no reason why Square Enix can’t take its time re-working Chrono Trigger in an HD-2D style while we enjoy Chrono Cross and Radical Dreamers in their modern forms.

Ultimately, an HD-2D remake of Chrono Trigger would help us remember how we felt the first time we played it and other grand games from that era, allowing us to re-experience it in a new, beautiful, and forever timeless light.