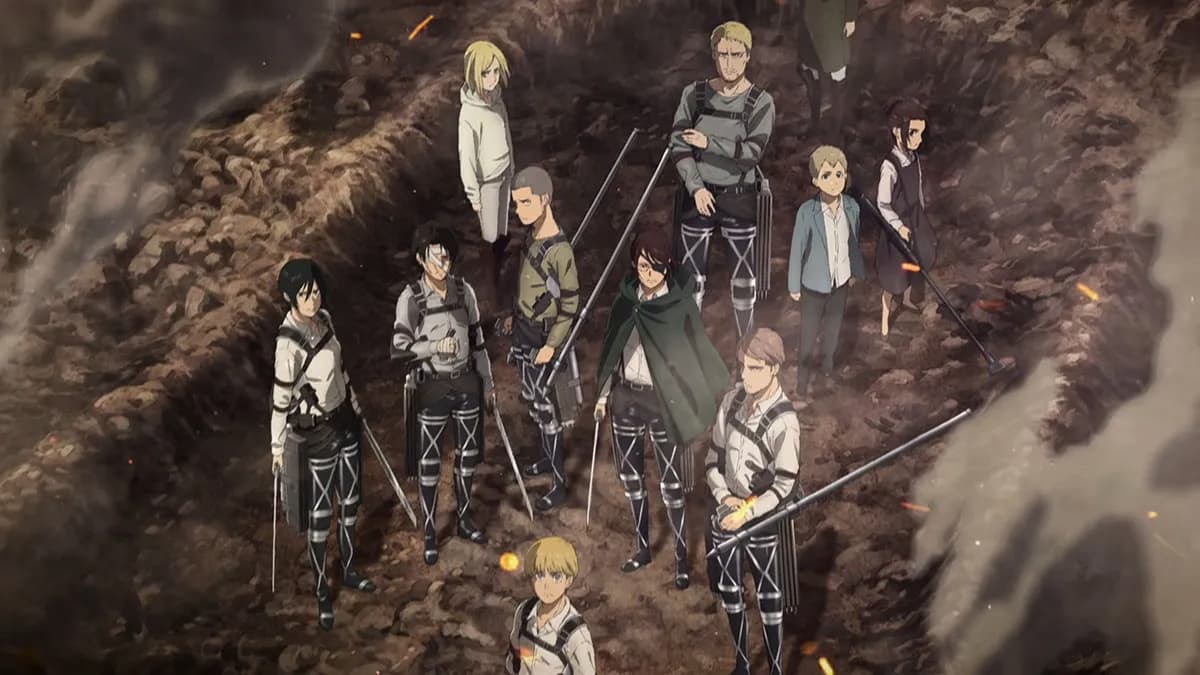 Fortnite is extremely well known for crossovers across all kinds of media. They’ve done cartoons with Rick & Morty as well as anime with Naruto. An Attack on Titan crossover wouldn’t be out of place, but is it coming to Fortnite? We’re here to answer that question.

Is Attack on Titan Coming to Fortnite Chapter 3 Season 2?

Before you get your hopes up, this is a massive maybe. The only real current shred of evidence is an “new shop background for encrypted skins with the codename ‘Rumble'” that was dug up by Fotnite dataminer Shiina.

“Rumble” will no doubt be familiar to fans of Attack on Titan as it could be a link to the “Rumbling” the anime has mentioned many times in the last few seasons. The fact that it is a kind of generic word and the image doesn’t evoke anything specific doesn’t help.

So if it is actually tied to Attack on Titan remains to be seen and there isn’t anything concrete with the current information. We’ll have to wait and see, at the very least something this hidden means there must be something cool coming soon, even if not Attack on Titan.

We will update this guide when we know more. For now, that’s all there is to know for if Attack on Titan is coming to Fortnite.

As for Fortnite collaborations that are happening, Wu-Tang Clan cosmetics were announced to be coming to the store on Apr. 23 today, you can get all that information over here. Also today was the start of the week five season quests. If you’re still working through the week five Resistance quests, we have guides on those, too.