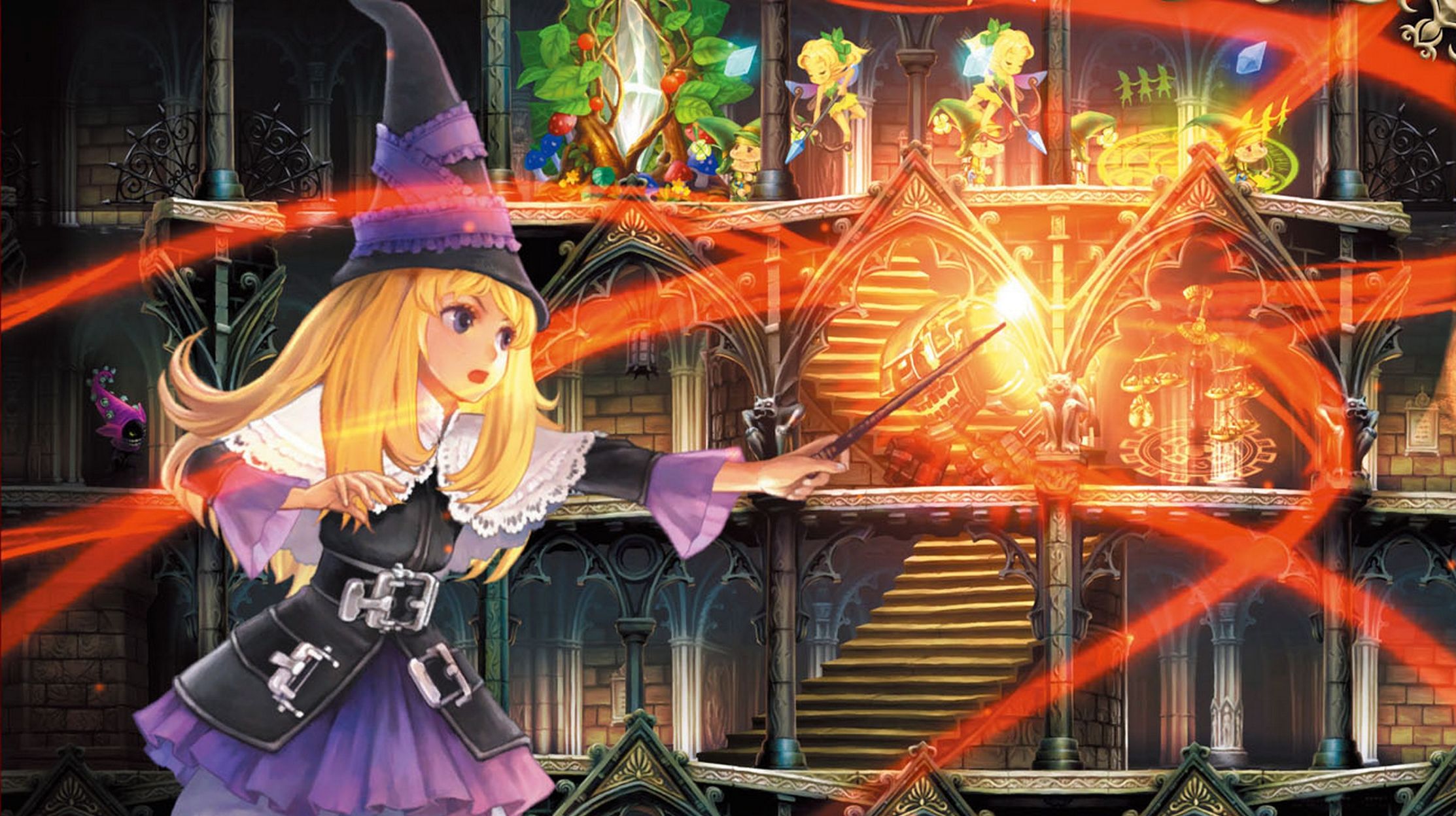 If you’re a fan of Japanese developer Vanillaware, you may know GrimGrimoire, originally released in 2007 for PlayStation 2.

As announced in today’s issue of Weekly Famitsu, Nippon Ichi Software is bringing it back for PS4 and Nintendo Switch, with a planned release in Japan on July 28.

The real-time strategy JRPG will get a higher pixel count, widescreen aspect ratio, and a bunch of improvements and new features.

Among those, there will be a fast-forward feature, expanded ability to save your game (during battles), and an adjusted “Hard” difficulty level.,

Four new types of “Great Magic” have been added, including “Mana Burst” or “Resurrection” that can revive allies. They also have newly drawn cut-in illustrations.

During gameplay, you can earn coins and spend them in a brand new skill tree to improve your magic and familiars.

Last, but certainly not least considering that this is a Vanillaware game, a gallery feature has been added, including over 90 illustrations created both for the game itself and its promotion.

If you’re not familiar with Vanillaware, it’s a niche but extremely respected developer well-known for its beautiful 2D art. Their most recent game is 13 Sentinels: Aegis Rim.

You can check the first screenshots and plenty of art below. At the moment, NIS America (which also published the original game in North America) hasn’t announced a western release, so we’ll have to wait and see whether this game is brought over, but I would be surprised if it isn’t.