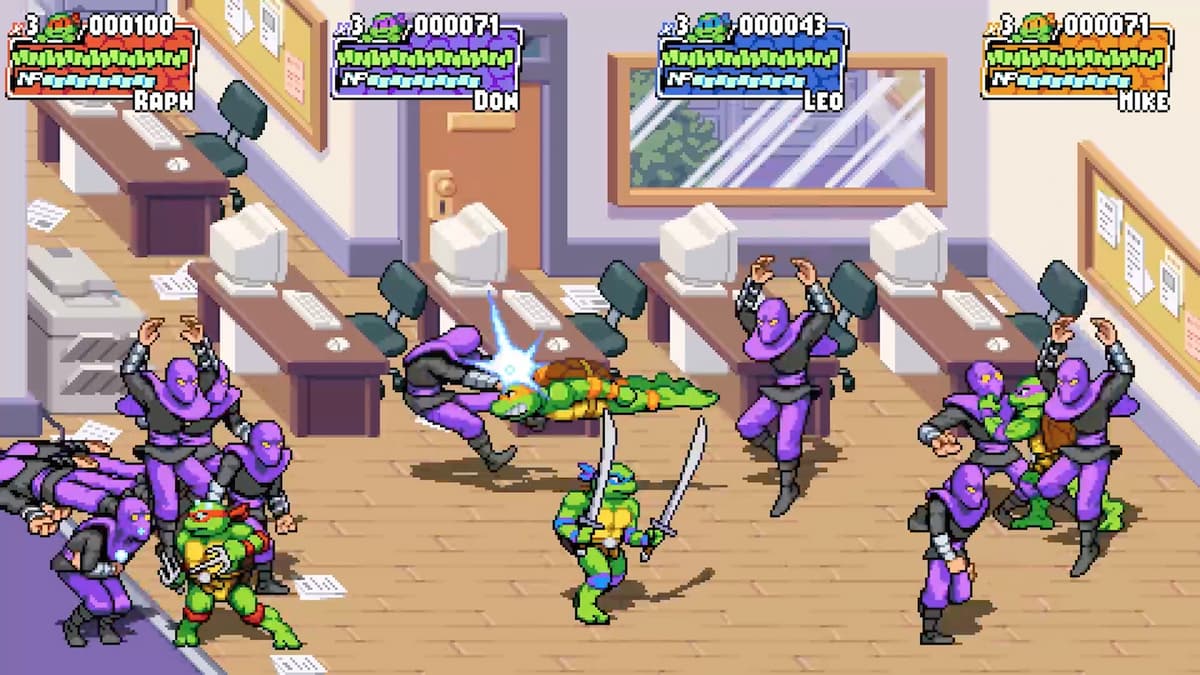 The video is mostly a conversation between Tribute Games Technical Director Jean-Francois Major and Cyrille Imbert who is the Executive Producer as Dotemu. It’s the perfect video to sit down and enjoy if you also have a long history of enjoying the Teenage Mutant Ninja Turtles games.

You can see the almost 6-minute video here or below:

For those mainly interested in hearing details about Teenage Mutant Ninja Turtles: Shredder’s Revenge, Steam describes the game as:

Teenage Mutant Ninja Turtles: Shredder’s Revenge features groundbreaking gameplay rooted in timeless classic brawling mechanics, brought to you by the beat ’em up experts at Dotemu (Streets of Rage 4) and Tribute Games. Bash your way through gorgeous pixel art environments and slay tons of hellacious enemies with your favorite Turtle, each with his own skills and moves – making each run unique! Choose a fighter, use radical combos to defeat your opponents and experience intense combats loaded with breathtaking action and outrageous ninja abilities. Stay sharp as you face off against Shredder and his faithful Foot Clan alone, or grab your best buds and play with up to four players simultaneously!

Teenage Mutant Ninja Turtles: Shredder’s Revenge will be releasing for PC, Nintendo Switch, PlayStation 4, and Xbox One. There is no known release date apart from Steam’s vague “Coming Soon.”

This isn’t the only upcoming TMNT game. Just last month Teenage Mutant Ninja Turtles: The Cowabunga Collection was announced with 13 legacy TMNT games from consoles like the NES or even stand-up arcade cabinets.