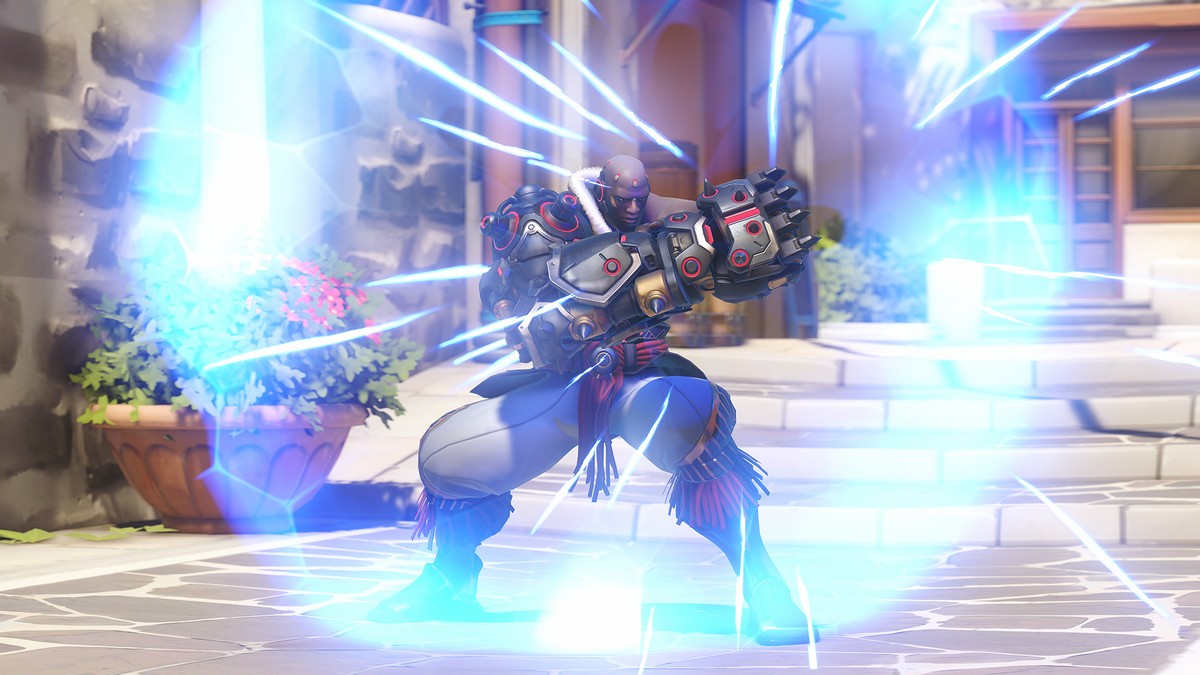 While the Overwatch 2 beta will soon be upon us, there is much we still do not know about the sequel. In a bid to give players a clearer idea, Blizzard’s latest blog post touches upon the reworking of both Doomfist and Orisa for Overwatch 2. This follows a closer look at the new hero Sojourn, who will be joining in the sequel as well.

With the new 5v5 nature of Overwatch 2, there was a need to change up certain aspects of how tanks will approach team fights. This meant making them brawlier while maintaining their defensive capabilities.

For Doomfist, the transition from damage hero to the tank role will see reduced verticality with the removal of Rising Uppercut. Rocket Punch is also less lethal, but he has some new tools to play with. Power Block will be at the core of any strategy with Doomfist, a defensive stance that reduces all damage from the front by 90%.

Block enough damage, and Doomfist’s gauntlets get charged up for increased damage, knockback radius, travel speed, and distance for the next Rocket Punch. Knock your opponents against a wall, and they will be stunned for good measure.

Rising Uppercut has been replaced by Seismic Slam, which is quite similar to Winston’s ability, which creates a shockwave when landing that deals damage and slows down enemies. Meteor Strike remains as the ultimate, although it has lower damage, faster casting, and slows instead of knocking foes back.

As for Orisa, she will become even more potent when going up against other combatants. Trading ammo for an overheating mechanic, Orisa is meant to get closer to foes and play more forward in Overwatch 2. Her new tools will include Energy Javelin, a secondary fire that will stun and knock your opponents back, and does even more damage if you pin the enemy to a wall.

Another new ability, the Javelin Spin will enable Orisa to push forward with increased speed, while destroying incoming projectiles and damaging and pushing enemies back. An ideal setup will see players herd their foes backwards before unleashing an Energy Javelin for more hurt.

Her new Ultimate, Terra Surge, will fortify Orisa while pulling in nearby enemies. An area-of-effect attack will be charged up simultaneously, and players will unleash the surge early if they choose to.

With the evolution of how tanks will work in Overwatch 2, it will be interesting to see how players take to these reworks of some of their favorite characters. Once the closed beta gets underway next week, we will likely see more updates come our way.