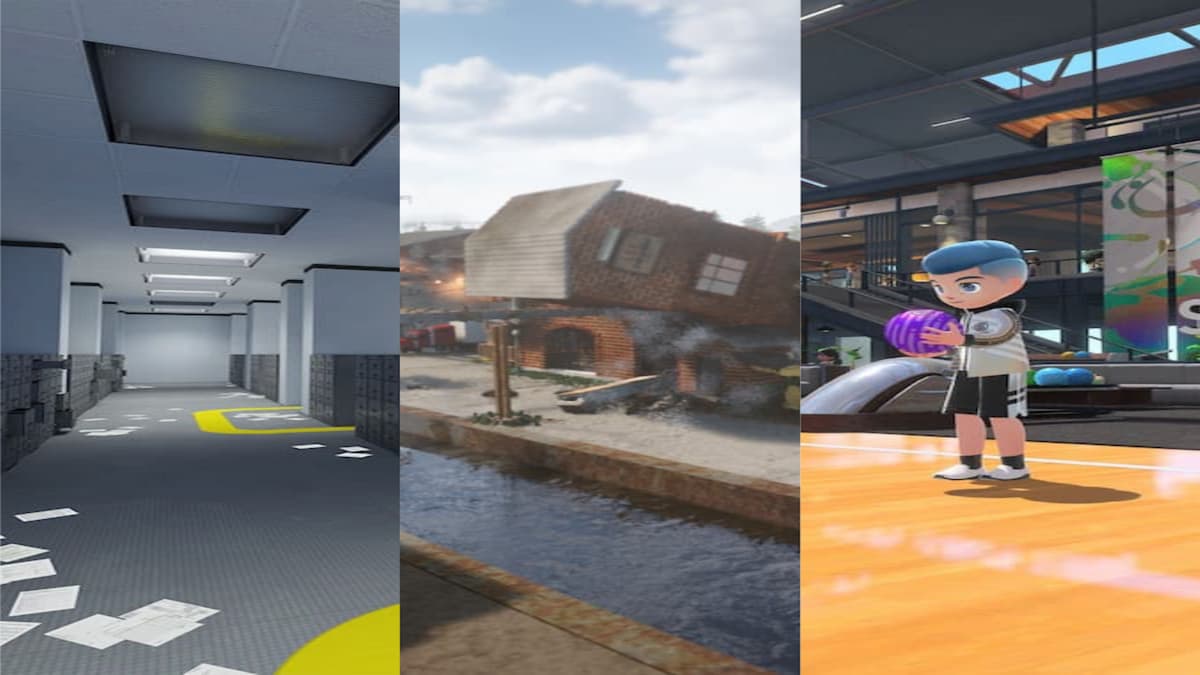 April 2022 is coming to a close, and while it might not have been as jam-packed with AAA releases as the January through March has been this year, that doesn’t mean there weren’t some top-tier games to play through in your downtime. So, it’s time to bid April farewell and take a look at the best games the month brought us.

LEGO Star Wars: The Skywalker Saga is quite possibly the best LEGO game you can play right now, and packs in some serious value for its price tag. It covers all nine of the ‘episode’ movies, including the most recent trilogy and even opens things up a little bit with open-world/ sandbox areas where you can find collectibles and take on little side quests of sorts.

The gameplay is simple enough for younger players and those less experienced with games to enjoy, and while experienced players may find it simplistic, there’s a charm to watching these iconic pop-culture characters bumbling around your screen, throwing bricks together to create a new item to help them on their quest, or just watching iconic set-pieces from the franchise play out in blocky glory.

Pack in the fact that its co-op multiplayer has over 300 playable characters and has all of that classic Traveler’s Tales humor that we’ve come to know and love from the LEGO games, and you’ve got a must-play for fans of the series and Star Wars fans alike.

The genius of a heist isn’t just about the execution, it’s all about the meticulous planning that goes into it. The part that movies and TV shows always tend to gloss over in some kind of flashy montage, as the heistees(?) go about doing each stage of the intricate plan. Teardown is a game all about heists, allowing you to… tear down every facet of its voxel world with vehicles or explosives so you can steal whatever your shady clients have asked for.

With 40 missions in its campaign, challenges to put your heist planning skills to the test, 17 tools to make use of and extensive mod support via Steam Workshop, Teardown is a fantastic and unique PC game. I’d say the only drawback would be the lack of multiplayer, but there’s a mod for that, showing just how dedicated the community is around supporting the game itself.

Nobody really expected Nintendo to announced Nintendo Switch Sports — a successor to Wii Sports and Wii Sports Resort — but hey, we’re not complaining. The incredibly family-friendly take on a wide variety of sports has made its way to the hybrid system and offers some seriously fun multiplayer action both in terms of local and online multiplayer.

While its offline, single-player offering feels a little shallow in terms of progression, challenge and other such features to keep you playing, there’s no refuting that Nintendo Switch Sports is generally just great fun when playing with others. Plus, with a golf update coming sometime in the future (though no official release date has been shared at the time of publishing this post), there should be at least one or two sports that appeal to everyone.

Is this a missed opportunity for an epic blockbuster of sports to outdo even the extensive offering shown in Wii Sports Resort? Yes, but now we’re in the era of free content updates from Nintendo for its first-party titles — as Animal Crossing: New Horizons is testament to — there’s always a chance the game will get better and better.

When The Stanley Parable released back in 2013, it was praised for its comedic narration of your adventure, and its tongue-in-cheek take on the many video game tropes that we’ve all been conditioned to just accept over our years of gaming. It’s a bit of a masterpiece when it comes to industry commentary and the plethora of different endings makes it a highly replayable and ever-surprising experience that’s even to this day well worth checking out.

The Stanley Parable: Ultra Deluxe Edition takes the original game, heaps another 5-6 hours of content on top, polishes up the visuals and brings the entire thing to consoles for the first time, as well as PC. While it may be a “walking simulator” with no combat or in-depth RPG mechanics to be seen, The Stanley Parable: Ultra Deluxe Edition is still one of the most gripping and intriguing titles out there right now, and is easily one of the best games in April 2022.

I know, I know, Radical Dreamers Edition isn’t exactly a great remaster, but it doesn’t detract from the fact that Chrono Cross is still a rather fantastic game. The writing and soundtrack are stellar even by today’s standards, and the recruitable characters are lovable and come in at 40-strong, making it plenty replayable by selecting different options. The story is ambitious and thought-provoking and the combat system, thanks to the new 2x speed mode — as the combat in the original was rather sluggish — holds up nicely.

If you can look past the sub-par remastered visuals — particularly those in cutscenes — and occasionally clunky moment-to-moment gameplay, there’s still a lot to love here as Chrono Cross is still a game that is a must-play for RPG fans. The fact that we’ve now got a modern way of playing this classic, despite its flaws, is good enough for us to warrant it one of the best games of April 2022.

What are you favorite games of April 2022? Let us know down in the comments below.

So Long April, These Were Your Best Games