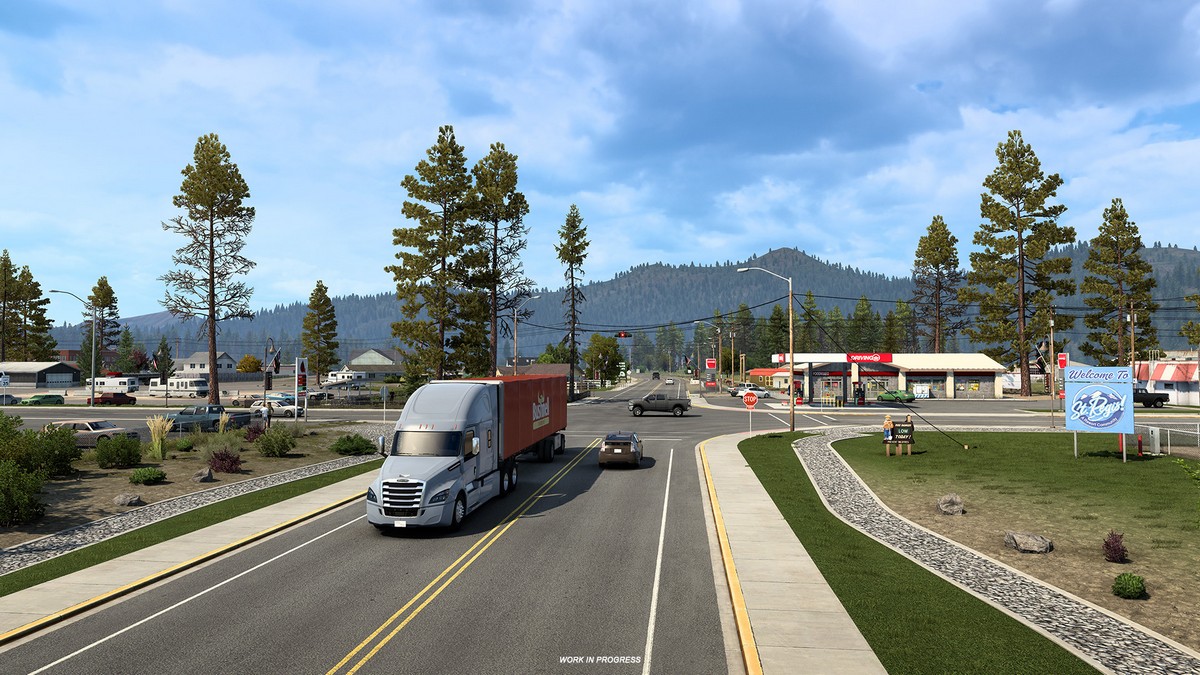 That history comes from the studio’s work on another series called 18 Wheels of Steel. One of the locations that appeared in the series was the state of Montana, and it is about time to bring it back.

“With this sort of history, we couldn’t pass up the opportunity to revisit some of these iconic areas in our upcoming DLC,” SCS shared.

“One such location is Thompson Falls, a quiet city in Montana, best known for its charming downtown, natural beauty and its waterfalls! However, as many of our veteran truckers might remember, this location is also known for its logging and sawmill industries, both which were featured in 18 Wheels of Steel; and both which will still continue to operate virtually to this day in our upcoming Montana DLC.”

Thompson Falls and everything surrounding it is being recreated using “similar and reworked assets from the original game,” and this includes the street lamps down to the road network layout itself. For returning players, there are also plenty of 18 Wheels of Steel Easter eggs to be found.

The Montana expansion for American Truck Simulator has not been dated yet, but interested players can already add it to their wishlist.