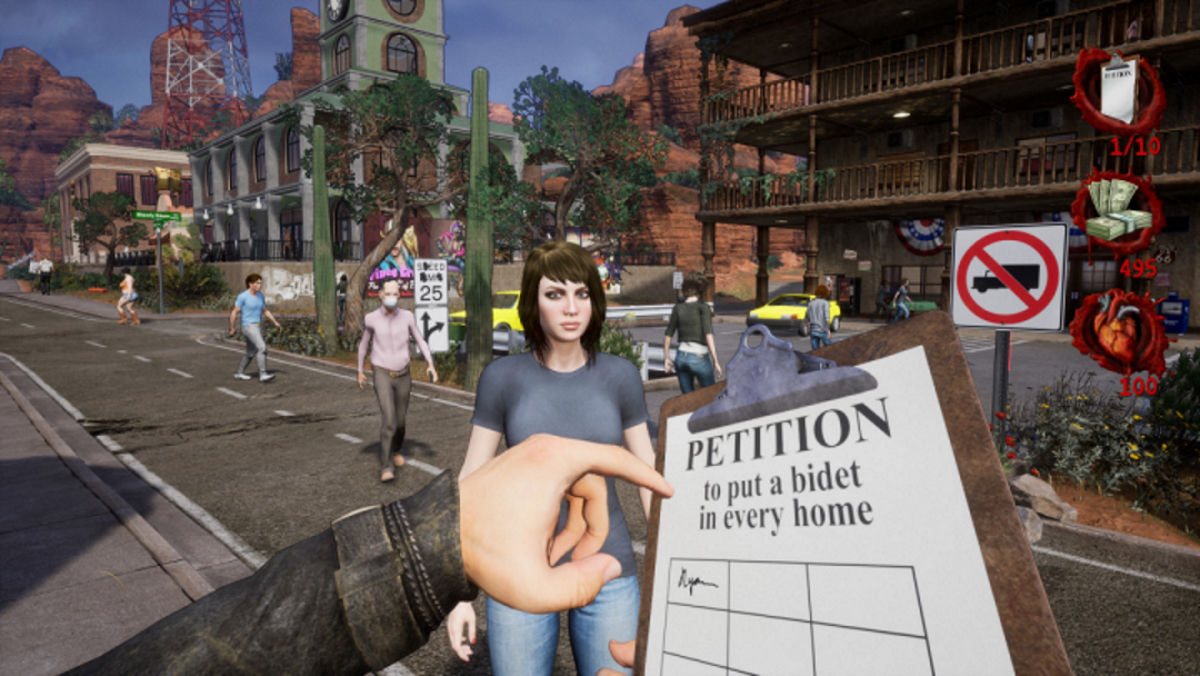 Postal 4: No Regerts, the latest entry in the once-controversial first-person shooter series, will be launching on PC next month after two and a half years in early access.

The titular Postal Dude returns with another five in-game days for players to wreak havoc or follow the rules as much as possible across a fictionalized Arizona town in this open-world sandbox game. The game contains everything introduced in early access including improved graphics, revised mapping systems, new radio stations, collectibles, quality-of-life features, and more. Players will able to choose the voice of the Postal Dude between the original voice of Rick Hunter, Corey Cruise from Postal 3, or Duke Nukem’s Jon St. John.

Developer Running With Scissors also announced it will continue to support the game with new content after launch, “just like Postal 2 before it.”

“Free new content hits the town in the weeks and months following launch, with new weapons, side errands, performance improvements, graphical updates, and Co-Op multiplayer,” the studio said. The developer also noted “huge premium additions like world expansions” for the game as well.

Postal 4: No Regerts launches on April 20 for $39.99 and will be available on PC through Steam and GOG.