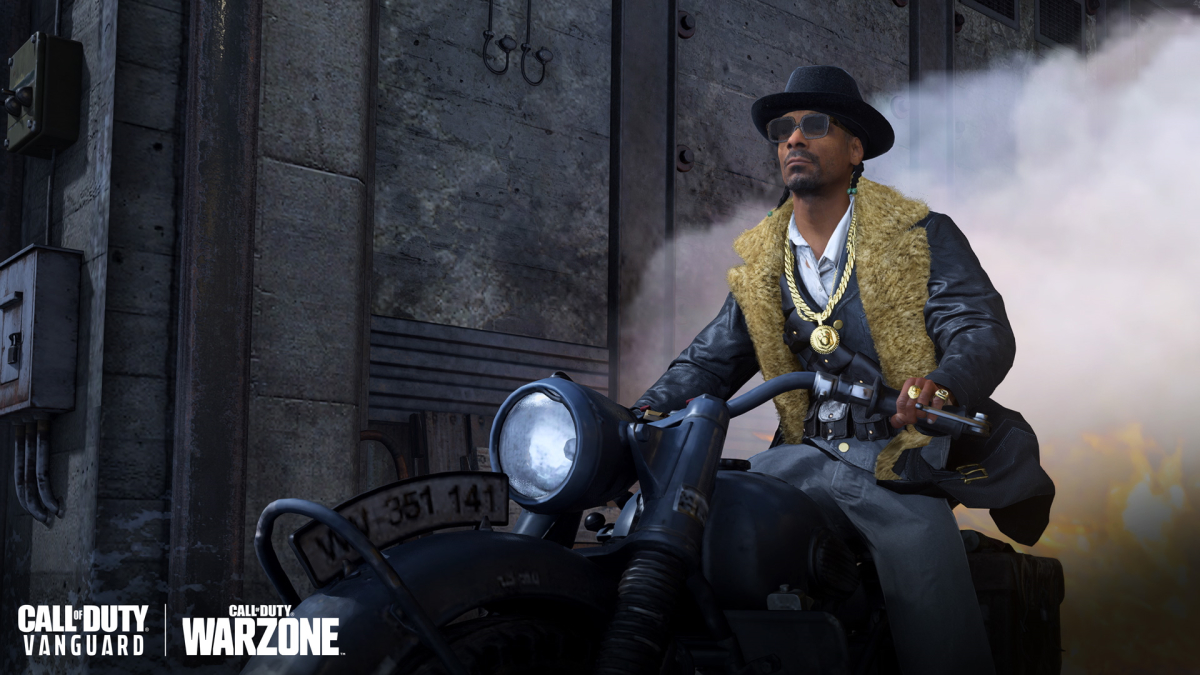 Rapper, actor, and entrepreneur Snoop Dogg will soon be a playable character across Call of Duty: Warzone, Vanguard, and Mobile starting next month.

In an announcement from the Call of Duty blog, Snoop Dogg will first become playable in Season 3 of Call of Duty: Mobile starting on April 1 through the Lucky Draw, a lottery system that requires COD points to participate. The Snoop Dogg Operator for Call of Duty: Mobile is dressed head-to-toe in a gold embroidered outfit and “includes a new signature weapon based on a fast-firing Legendary SMG that’s gold-plated and diamond-encrusted.” The weapon’s unique death effect was described as “lights of a mini-concert,” and the weapon gets “flashier” by earning eliminations.

Meanwhile, Snoop Dogg will show up in Call of Duty: Warzone and Vanguard beginning on April 19 at 10 a.m. PT. This playable Snoop Dogg will be different from the mobile version, and can be purchased as the Snoop Dogg Operator Bundle. The bundle includes ten items with three exclusive to Vanguard and a full Operator progression track. Rewards in the 20-level Operator track contain weapon XP for “Snoop’s preferred weapon from Vanguard,” three alternate outfits, and other cosmetic items.

This will not be the first time the rapper has graced the shooter franchise, as he was an optional multiplayer announcer in a post-launch DLC for Call of Duty: Ghosts. Snoop Dogg is also familiar with the gaming scene and business, as he will join esports organization FaZe Clan as a board member when the group goes public later this year.