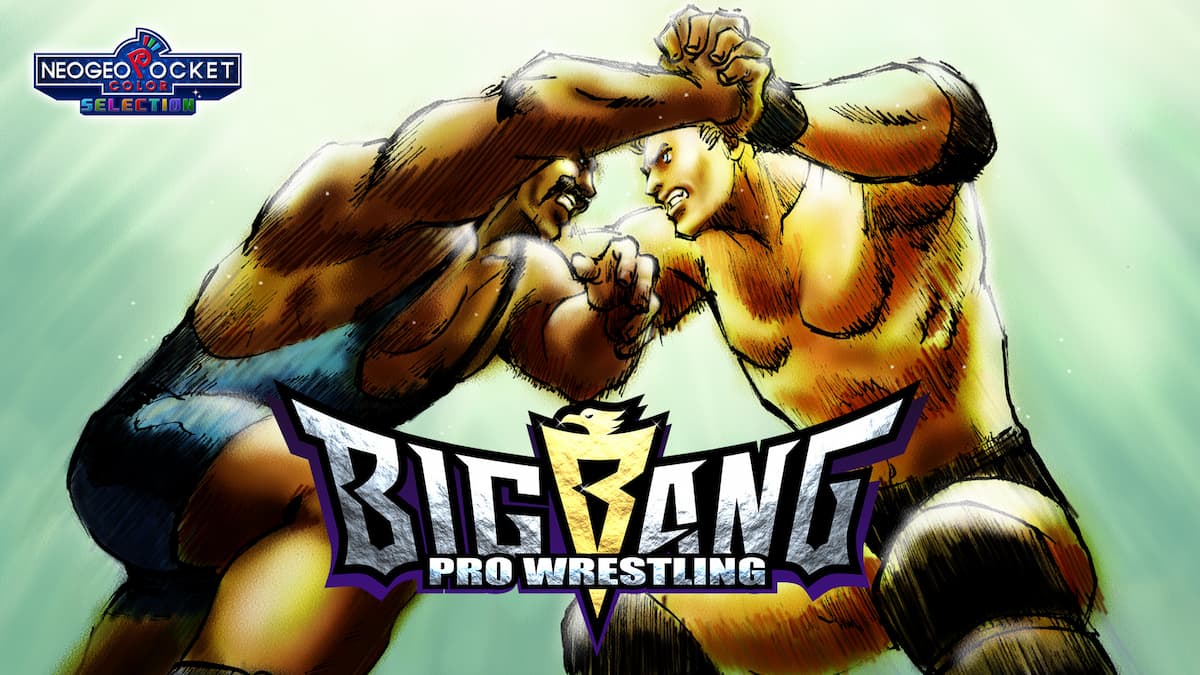 It’s likely that not everyone will remember the Neo Geo Pocket Color. It came out in 1999. The 16-bit Big Bang Pro Wrestling was an exclusive title but originally released only in Japan in 2000. Fans of SNK wrestling games are in luck, though, as Big Bang Pro Wrestling is available for the Nintendo Switch as of today.

ten fighters to choose from, including fledging newbies, masked wrestlers, and hulking heavyweights. Each wrestler comes with their own personalized Finishing Move. Players will have to fulfill the proper conditions and let it rip to win the fight. Change up the rules with exciting modes like Coffin Death Match where your goal is to toss your opponent into a coffin. Or, try to steal away the reward in Reward Death Match to really stick it to your opponent.

There is a video release coinciding with this release that shows off gameplay and crisp visuals that has come to be expected from remasters of 16-bit games.

The video makes it seem that Big Bang Pro Wrestling can be played as if players were in fact holding a Neo Geo Pocket Color. It’s proof that handhelds haven’t always been sleek and slim. You also won’t eat through batteries this way.

Big Bang Pro Wrestling gives a look at how far wrestling games have come, so you can own this piece of gaming history today with the ability to play it on much stronger hardware than what was available when it launched.