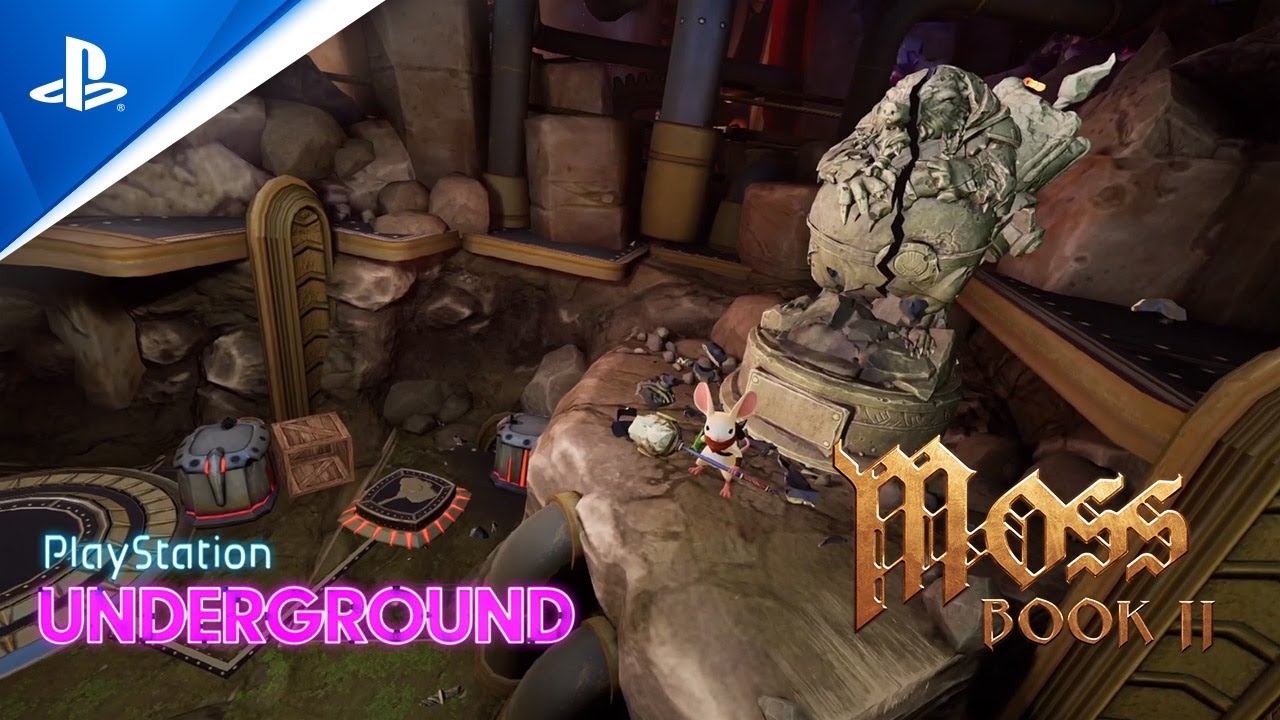 Developer Polyarc has today published an article over on the PS Blog revealing the release date for its sequel title Moss: Book II. The original game, which launched back in 2018, is to this day one of PSVR’s standout titles, acclaimed for its clever puzzle platforming gameplay and gorgeous stylized environments.

Moss: Book II is set to include all sorts of new features, such as climbing, that expand scope of its gameplay. There are also all sorts of new enemies Moss will encounter along the way. A new episode of PlayStation Underground included in tandem with today’s announcement puts a spotlight on what’s to come:

You can head over to the PS Blog for a more detailed overview of what’s included in today’s showcase, but here’s an overview of the story if you’re not up to speed:

In this continuation of the journey, the stakes are higher than ever as Quill works to save the world of Moss and end the merciless rule of the Arcane. New allies, old friends, and the very world around you will offer help along the way, but in the end, it is you alone who can lift Quill up to save this world, and together, rise to legend.

Twinfinite reviewed the original Moss and absolutely loved it, scoring the game 4/5 and concluding:

“Moss reminds me of why VR is so great. It can take the tried and tested genres we love and breathe new life into them in the simplest of ways. Peering around corners to check for enemies or using the DualShock 4’s motion controls to grab and turn objects to allow Quill safe passage to her destination feels natural and so satisfying. It’s not janky, nor gimmicky, but rather adds to the experience as a whole.“