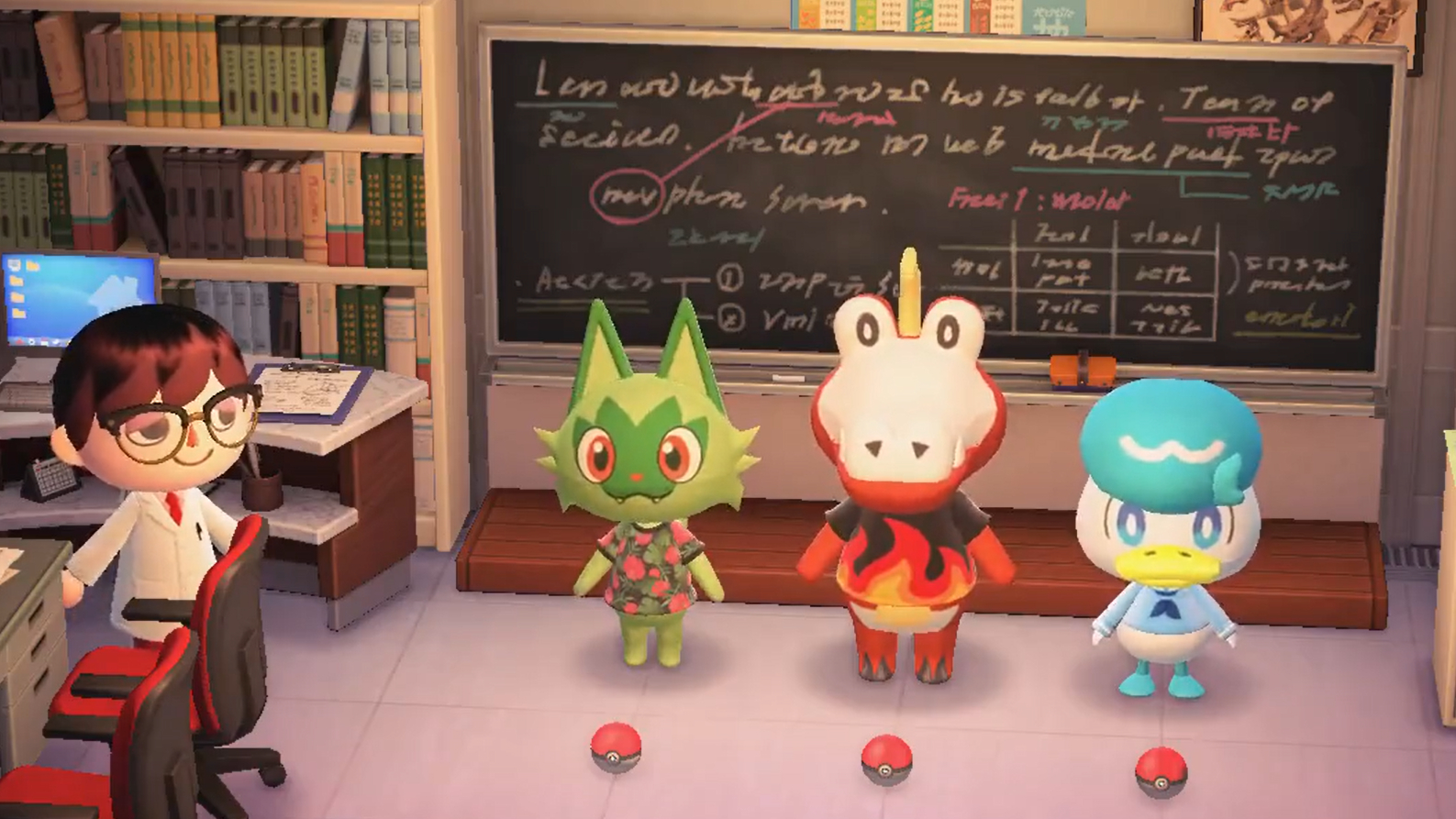 One Animal Crossing: New Horizons modder has created some dream villagers that I suspect many people will wish were actually real. They created villager models for the brand new starter Pokemon that were just recently announced for the upcoming generation nine games Pokemon Scarlet and Pokemon Violet.

Doom_mori on Twitter modeled the three starters based on animals that already exist in Animal Crossing. Sprigatito the cat, Fuecoco the gator, and Quaxly the duck each come to life within the game.

Doom_mori showcased each of the three starter Pokemon mods in a series of images taken especially to highlight their personalities and environments, which you can see below.

Of course, these Pokemon villagers are just mods and cannot be officially invited to live on your Animal Crossing: New Horizons island, which is unfortunate because they look like they’d fit right in.

In the past, Nintendo has created villagers based on characters from other franchises, such as the Legend of Zelda and Splatoon; villagers like Medli, Epona, Ganon, Callie, and Marie could all be invited to live in your village in Animal Crossing New Leaf.

However, these villagers do not exist in New Horizons, but we sure wish Nintendo would get creative with these types of characters again. A handful of new villagers were added to the game last year, and we’d love to see even more based on characters from other franchises just like how doom_mori created with these Pokemon villagers.

Would you invite Sprigatito, Fuecoco, or Quaxly to your Animal Crossing: New Horizons island? Let us know in the comments who you’d choose.

Robert Pattinson Will Be Returning in The Batman 2