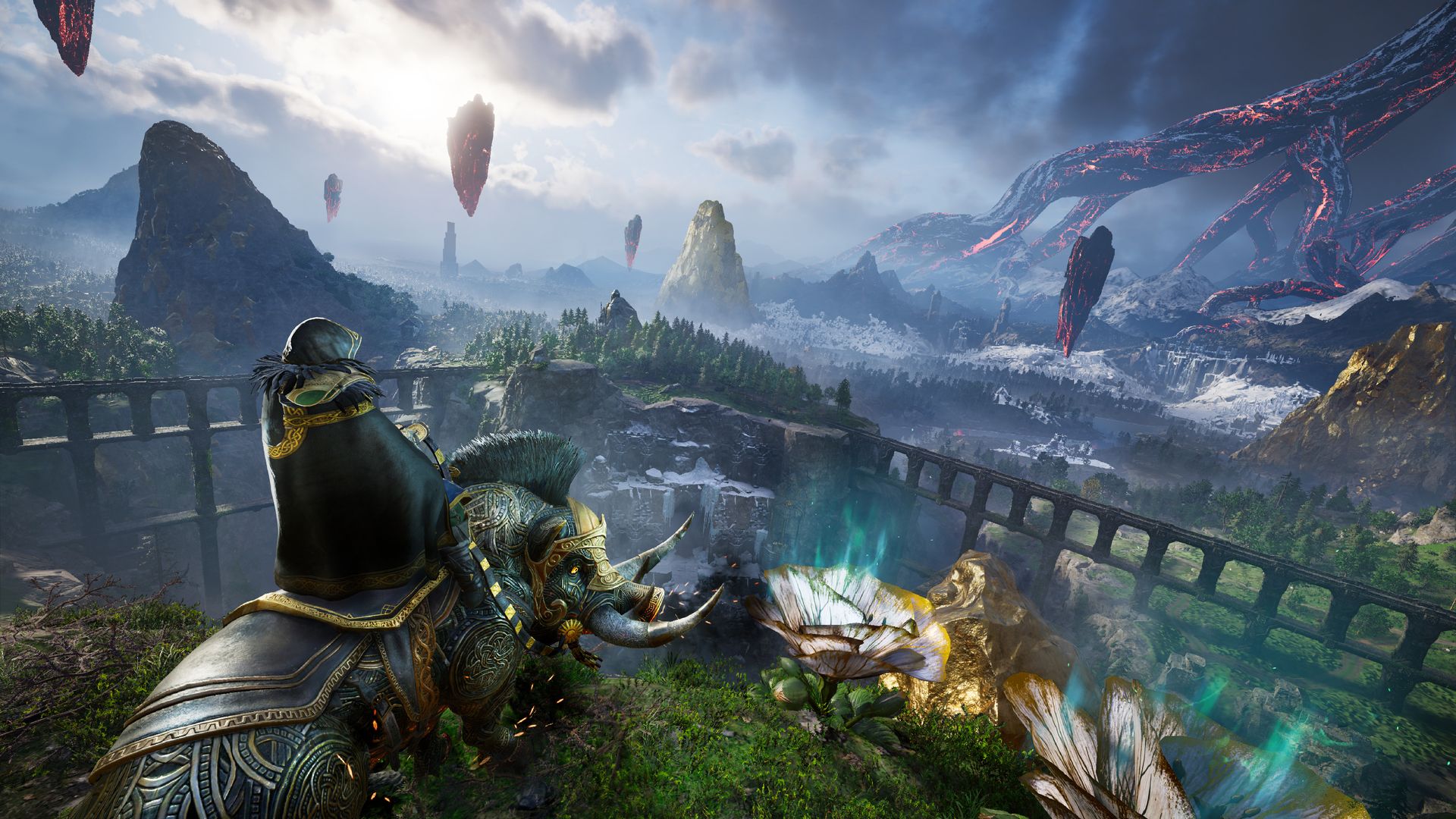 Assassin’s Creed Valhalla has received a considerable amount of post-launch content since its launch in 2020, including two expansions that take place in large open-world environments not seen in the base game. For its latest, Dawn of Ragnarok, Ubisoft has pulled out all the stops to create the largest yet. But just how large exactly? Well, we’re here with another of our map measurement articles to answer exactly how big Assassin Creed Valhalla Dawn of Ragnarok’s map is.

Dawn of Ragnarok takes place in the fictional land of Svartalfheim, one of the nine realms of Norse mythology. And as you’d expect, it’s a fantasy environment in the truest sense, with all sorts of strange geography and unusual landmarks. Notably, it has much more verticality than the open-world areas of the base game, which in turn actually adds to its scale and size.

In terms of land area, though, we’re using the same formula as always: taking a rectangular measurement and multiplying the length/width to take a very rough area squared. Thankfully, it’s made nice and easy by the fact that Svartalfheim is more or less rectangular in shape anyway.

If you’re wondering how its size compares to different sections of the main game, Assassin’s Creed Valhalla’s England was roughly 40mi2, making Svartalfheim around 25% of the size of the main game. If you played Wrath of the Druids and remember Ireland, that area is roughly comparable at 7 miles2. You can refer to our detailed article on the sizes of all Valhalla areas here.

That’s everything there is to know about how big Assassin’s Creed Valhalla Dawn of Ragnarok map size is. For more on the game, check out Twinfinite’s detailed guide wiki. And for more on open-world map size comparisons, head over to our list of biggest open-world maps this console generation.