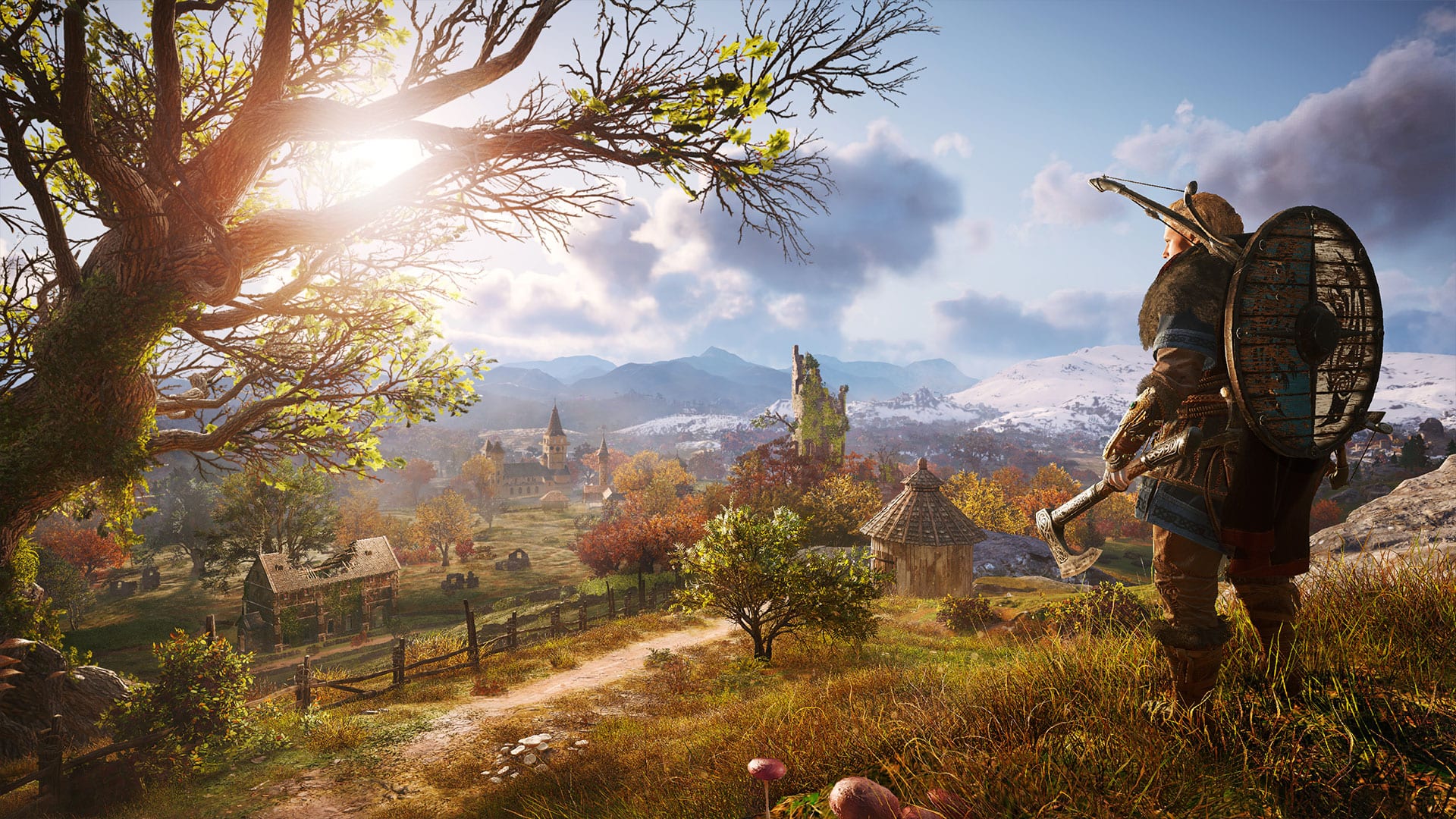 After a year-long break the Assassin’s Creed franchise is back, and this time it’s swapping the warmth of the Mediterranean and Africa for something decidedly more temperate. Valhalla takes players to the northern reaches of Europe, to both England and Norway, on a Viking adventure that spans grassy fields, dense woodlands, and snow-capped mountains.

But exactly how large is Valhalla’s open-world in comparison to Odyssey’s Greece and Origins’ Egypt, especially given that the four kingdoms of 9th century England are much smaller than both its predecessor’s real-life settings? Well, we’re here to find out with another map measurement article to add to our list of this console generation’s biggest open-world games.

Thankfully, working out a rough calculation of Valhalla’s map is made easy since the game both allows you to drop waypoints and then gives you the distance in meters from that point.

As you can see in the above image, we measured the longest distances from north to south and east to west on Valhalla’s map, which is supposed to represent England minus the far west of Cornwall.

The distances are 13,000 and 8,000 meters respectively, which equates to a total area of 40mi2 or thereabouts.

Of course, it’s not quite that simple because Valhalla’s map isn’t a perfect square. So now it’s time for a guestimation of how much to reduce the square by, which we’ll set at 20%.

That would make Valhalla’s total English map area 32mi2, not including the sea.

So how does that compare to England proper? Well, let’s take a look.

In the above image, you can see we’ve squared off the area of England that Valhalla is supposed to represent, and it’s roughly 1250 times larger (also not including the sea). That makes Valhalla’s map around 0.09% the size of England in real life.

Now, we’re not quite done, though, because Assassin’s Creed Valhalla also features a Norwegian map, too. We measured it using the same technique and found it to be roughly 4mi2 not including the sea.

Update: This article originally did not include both the Vinland and Asgard regions of the game. Vinland works out at roughly 2mi2, while Asgard is 0.5mi2. You can see the measurements below.

So, Valhalla’s total map size with Norway, Vinland, Asgard, and England combined works out roughly to 38.5mi2. That makes it bigger than Origins, but slightly smaller than Odyssey. Here’s the comparison:

Odyssey is still king, then (even without the sea included it’s still about 45mi2 of landmass), but Valhalla is no slouch at all.

Again, head over to our list of biggest open-world maps this console generation for an even greater overview. Valhalla will be added in due course…

For more useful information on the game, don’t forget to check out Twinfinite’s detailed guide wiki.