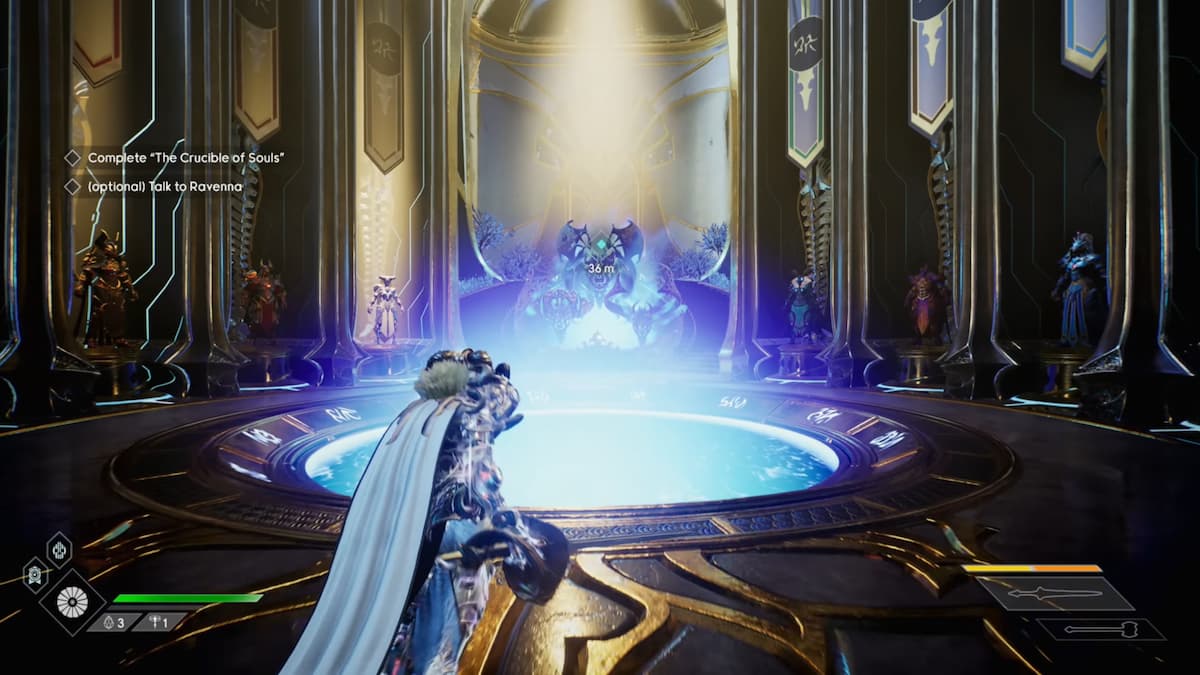 The PS5 launch title is now coming to Xbox Series X as Godfall: Ultimate Edition. To show off this new version, Gearbox has posted gameplay of the game in action on the Xbox Series X.

There’s no real frills to the nine minute video, it is just directly gameplay. The game looks good as you get a look at swordplay. There’s even a look at loot drops as more than once the character runs over a green orb.

You can watch the video for yourself here and below:

For those unaware of the game, the story is described on the Steam page as:

Aperion is on the precipice of ruin. You are the last of the Valorian knights, god-like warriors able to equip Valorplates, legendary armor sets that transform wielders into unstoppable masters of melee combat. Tear through foes as you climb through the elemental realms and challenge the mad god, Macros who awaits you at the top. Ascend in Godfall, the first-of-its-kind, looter-slasher, melee action-RPG.

Those who don’t know about Godfall also might not know that the game doesn’t have the most illustrious history. Our own review gave the PC version of the game a 2.5/5 and there continued to be bizarre choices plaguing them. Godfall released for PC and PS5 in November 2021, and only 6 months post-launch it was announced it would receive a PS4 version.

Last December, Godfall: Challenger Edition was available for PlayStation Plus subscribers, but it wasn’t the whole game. Players who downloaded this new edition were given a max level character, but were locked into only being able to play the endgame modes.

Gamers will be able to get their hands on Godfall: Ultimate Edition on April 7. This new edition will be available on PC, PS4, PS5, Xbox One, and Xbox Series S|X.