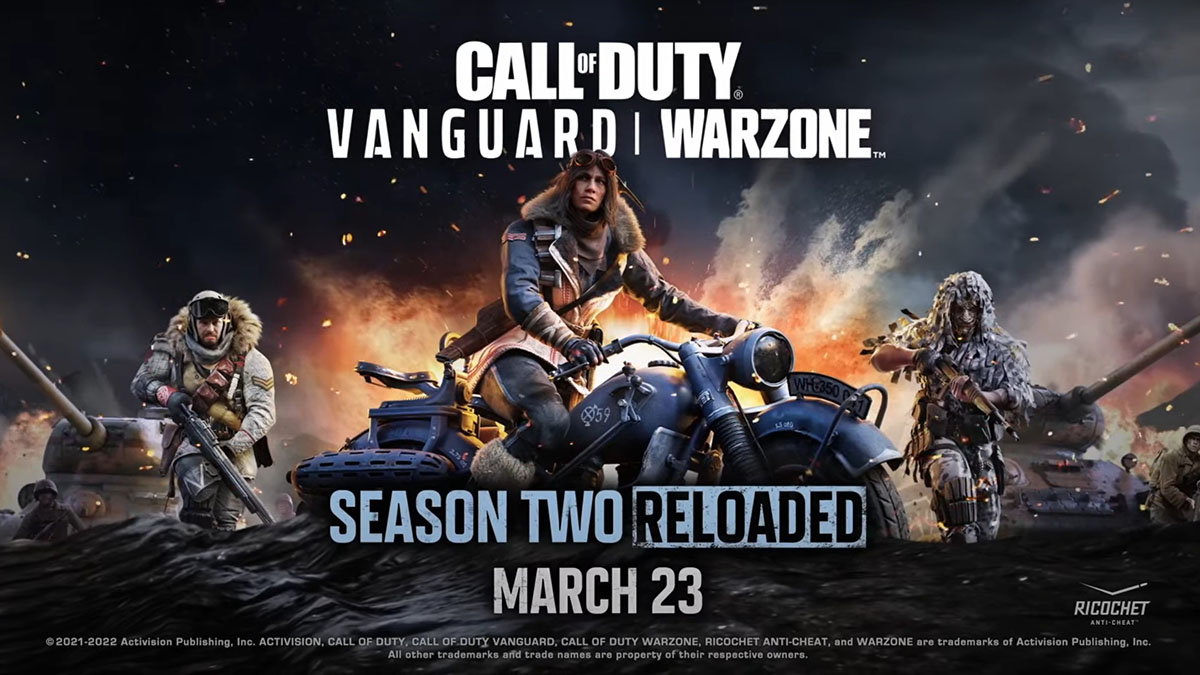 Today Activision released the gameplay trailer of the Season 2 Reloaded of Call of Duty Vanguard and Warzone.

The trailer shows pretty much what you would expect, including tons of explosions, cosmetics, the new maps, and modes that come with the season.

Perhaps even more relevant is the announcement from Sledgehammer Games that it has fixed a bug that was affecting the auto-aim feature, as explained in a detailed thread on its official Twitter account.

The fix applies to Vanguard first and will come to Warzone as well soon.

If you’re unfamiliar with Vanguard, here’s an official description:

“Rise on every front: Dogfight over the Pacific, airdrop over France, defend Stalingrad with a sniper’s precision and blast through advancing forces in North Africa. The Call of Duty franchise returns with Call of Duty: Vanguard, developed by Sledgehammer Games, where players will be immersed in visceral WWII combat on an unprecedented global scale.

Call of Duty: Vanguard ushers in a new and unparalleled Call of Duty: Warzone integration, and features cross-progression and cross-generation play, in addition to a massive calendar of free post-launch content that adds in new Multiplayer maps, modes, seasonal events, community celebrations and more.”