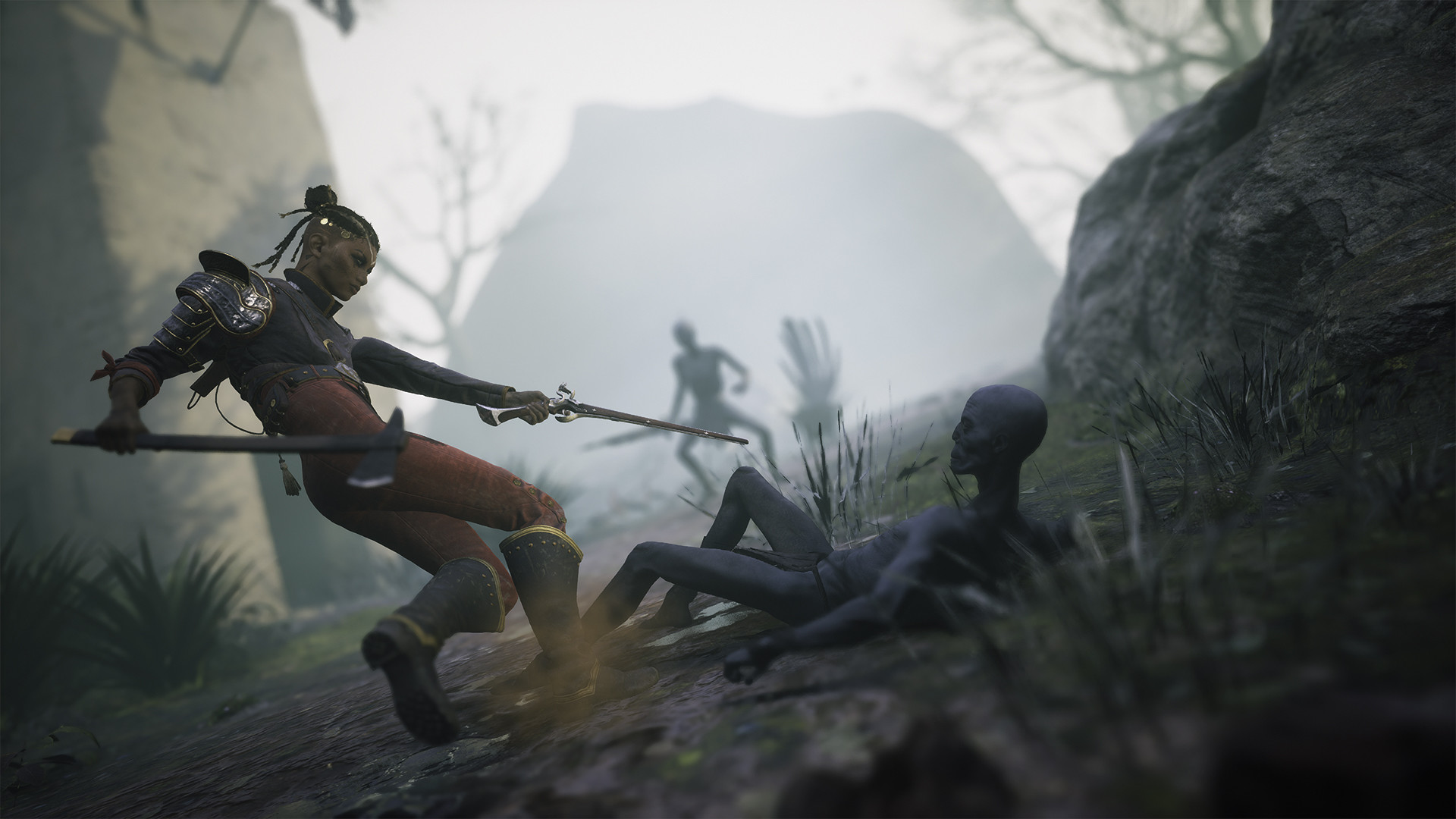 2022 will be getting another potentially excellent game, as publisher Kepler Interactive and developers A44 Games have unveiled Flintlock: The Siege of Dawn, an open-world action role-playing game for PS5, PS4, Xbox Series X|S, Xbox One, and PC via Steam and Epic Games Store.

Fresh off the 2018 action-RPG Ashen, A44 is counting on that experience to hopefully deliver an experience that will be as popular. The combat in Flintlock: The Siege of Dawn looks to be an interesting mixture of guns and magic, together with some help from an AI companion.

The official description of the game from A44 is as below:

The door to the Afterlife has been opened, allowing the old god’s army of the undead to escape from within. Join Nor Vanek, a member of the coalition army, and her mystical companion Enki, a strange creature gifted with magical powers, as they pursue their personal vendetta against the gods.” You’ll visit a number of bespoke locales, according to A44, including “desert sands, cavernous ruins and towering cities filled with secrets.

You can catch the announcement trailer for Flintlock: The Siege of Dawn below: