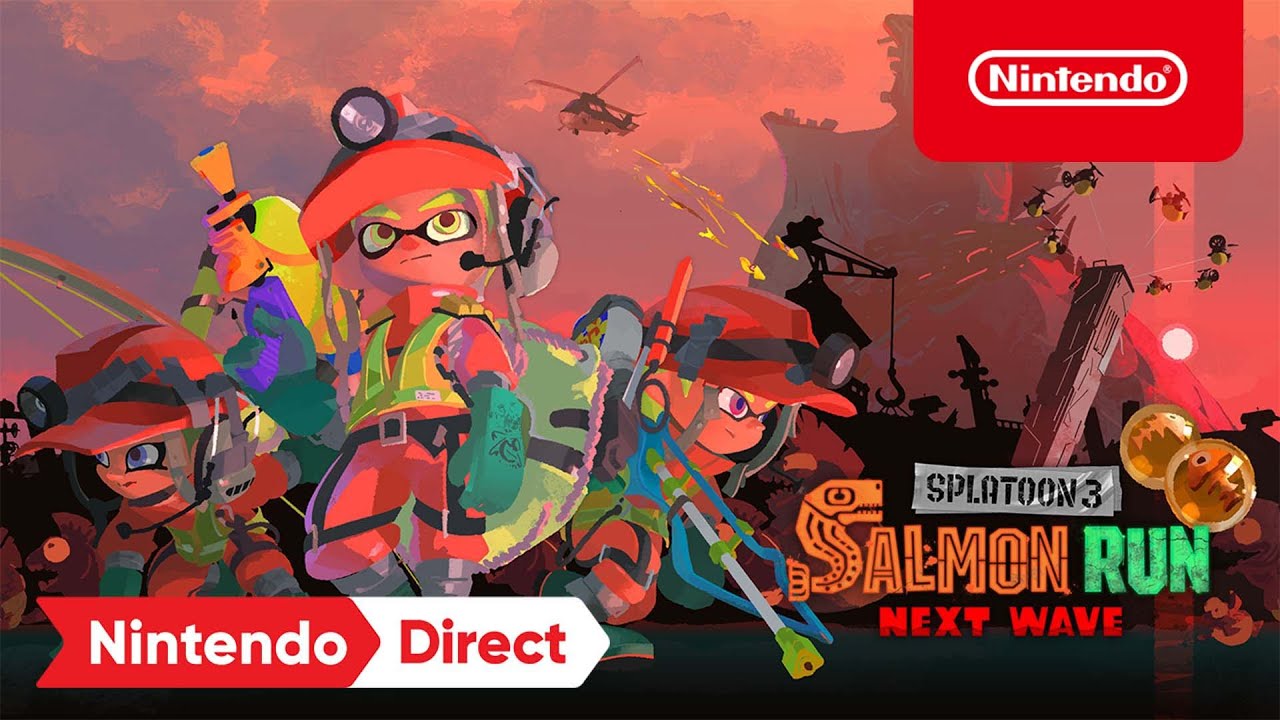 Today during the Nintendo Direct, Nintendo revealed a trailer showcasing one of the game modes in Splatoon 3, Salmon Run: New Wave.

Salmon Run was a horde mode that was introduced in Splatoon 2, the previous game on the Switch. Now we see that it’s back in Splatoon 3, and it looks bigger and better than ever. There’s even wacky, creepy music to go along with it.

The trailer shows a helicopter bringing mecha enemies and bosses to the island where you and your friends will need to defend eggs and bring them to safety. They feature a boss called Fish Stick, who needs to be contained with the help of all teammates.

One of the new features in Splatoon 3’s Salmon Run: New Wave is the ability to throw collected eggs to teammates and into the safety basket. This wasn’t a feature in Splatoon 2, and it will provide more opportunities to work together to save as many eggs as possible.

Nintendo also revealed that Splatoon 3 will launch this summer, and reminded us to look out for more information coming soon.

You can watch the full trailer for Splatoon 3 Salmon Run: Next Wave below. Be sure to check back with Twinfinite for more information on what was revealed in today’s Nintendo Direct.