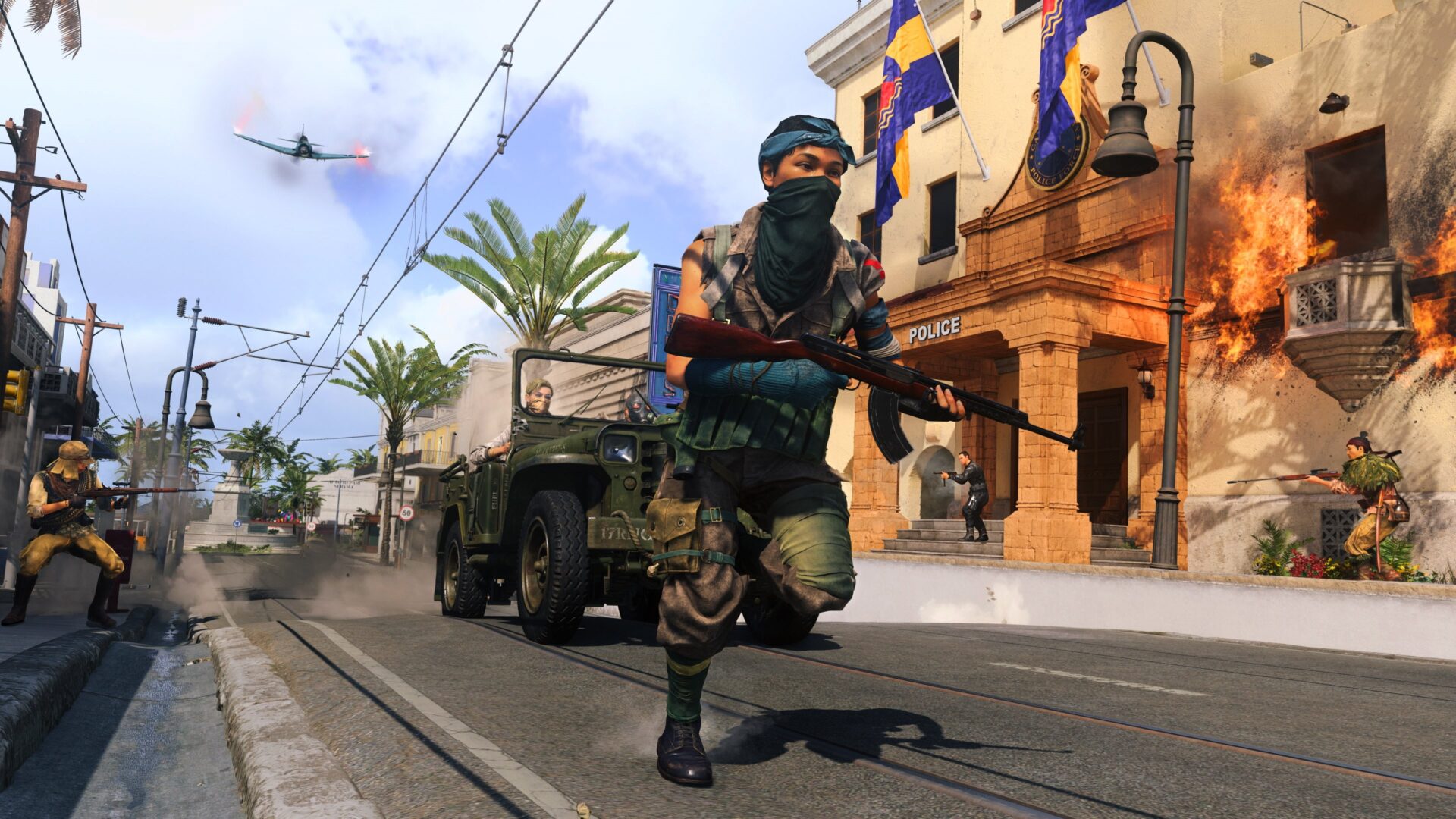 Ahead of Call of Duty: Warzone Pacific season 2, Activision has seen fit to share more about what is coming to the popular battle royale shooter. Just a little while after revealing the cinematic trailer for season 2, the developers have also shown off some new points of interest fans will want to keep an eye on.

The new Caldera map will feature Chemical Factory and Underground Chemical Weapon Research Labs, while players can jump into bombers and redeploy balloons for some air time. In addition, AI-controller armored trucks will be roaming about, awaiting players to try to get their hands on the loot that lies inside. Lastly, players can potentially get their hands on a rare explosive called the Nebula V Bomb, which enables you to use the deadly gas from outside the circle on your enemies.

This new tool of destruction should add even more fun to Call of Duty: Warzone Pacific season 2, especially if you are on the activating side. The briefcase explosive cannot be disarmed or destroyed and deals significant damage in which area it is used. If you are caught within the radius without a gas mask, the two minutes of poisonous gas will likely lead you to your doom.

If the bomb is not to your liking, the Nebula V ammo will exact the same effects via dead combatants. This will likely prevent players from reviving their teammates, especially when there is damage and visual disturbances happening to them. On the other hand, you can always use the new Portable Decontamination Station to protect yourself from these new dangers with the help of filtered air.

Call of Duty: Warzone Pacific season 2 is set to launch on February 14 with plenty of additions, including those mentioned above along with even more quality-of-life changes and bug fixes.