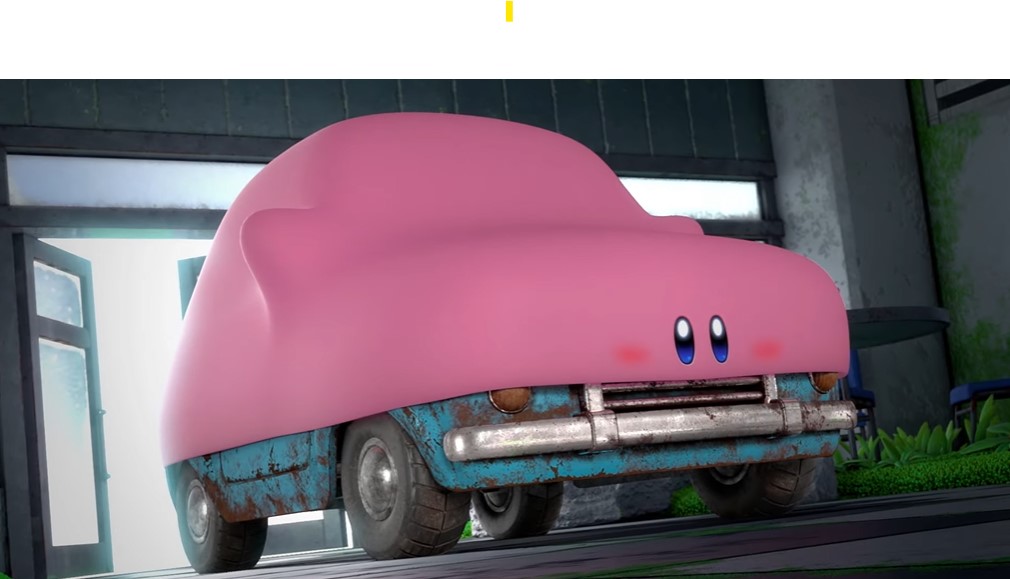 Earlier today during the Nintendo Direct, a brand-new trailer for Kirby and the Forgotten Land was revealed. This game makes the first time that the Kirby franchise has done a fully 3D platformer instead of the classic 2D style.

The trailer begins with three enemies rushing Kirby in a cinematic scene. The pink little puffball then just uses his trademark ability to swallow them all whole. But the adorable protagonist ends up sucking up a car too and turning into Mouthful Mode.

These special abilities in Mouthful Mode are granted when Kirby sucks up an item that is too big to fully swallow. These items include A car, a vending machine, a traffic cone, a scissor-lift, a giant ring, a light-bulb, an arch, a filled water-balloon, and more.

After the short opening scene, we see Kirby roaming around the 3D world, sucking up enemies, and flying around. We even see Kirby suck up an enemy in the water and steal its innertube to more easily navigate the water.

In Forgotten Land, you’ll also build up a place known as Waddle Dee Town. As you save more of these classic Kirby characters, the town will slowly come back bustling with life. Eventually, you’ll unlock an upgrade shop that will let you upgrade copy abilities. In the trailer the chakram cutter upgrade lets you throw two projectiles in arches instead of the typical single projectile straight ahead.

We also get a glimpse in this trailer at the group of villains capturing Waddle Dees. This group of big bad enemies is a bunch of evil animals known as the Beast Pack.

You can check out the official Kirby and the Forgotten Land trailer down below. The game launches exclusively on Nintendo Switch on Mar. 25. The game can be pre-ordered now on Nintendo eShop.